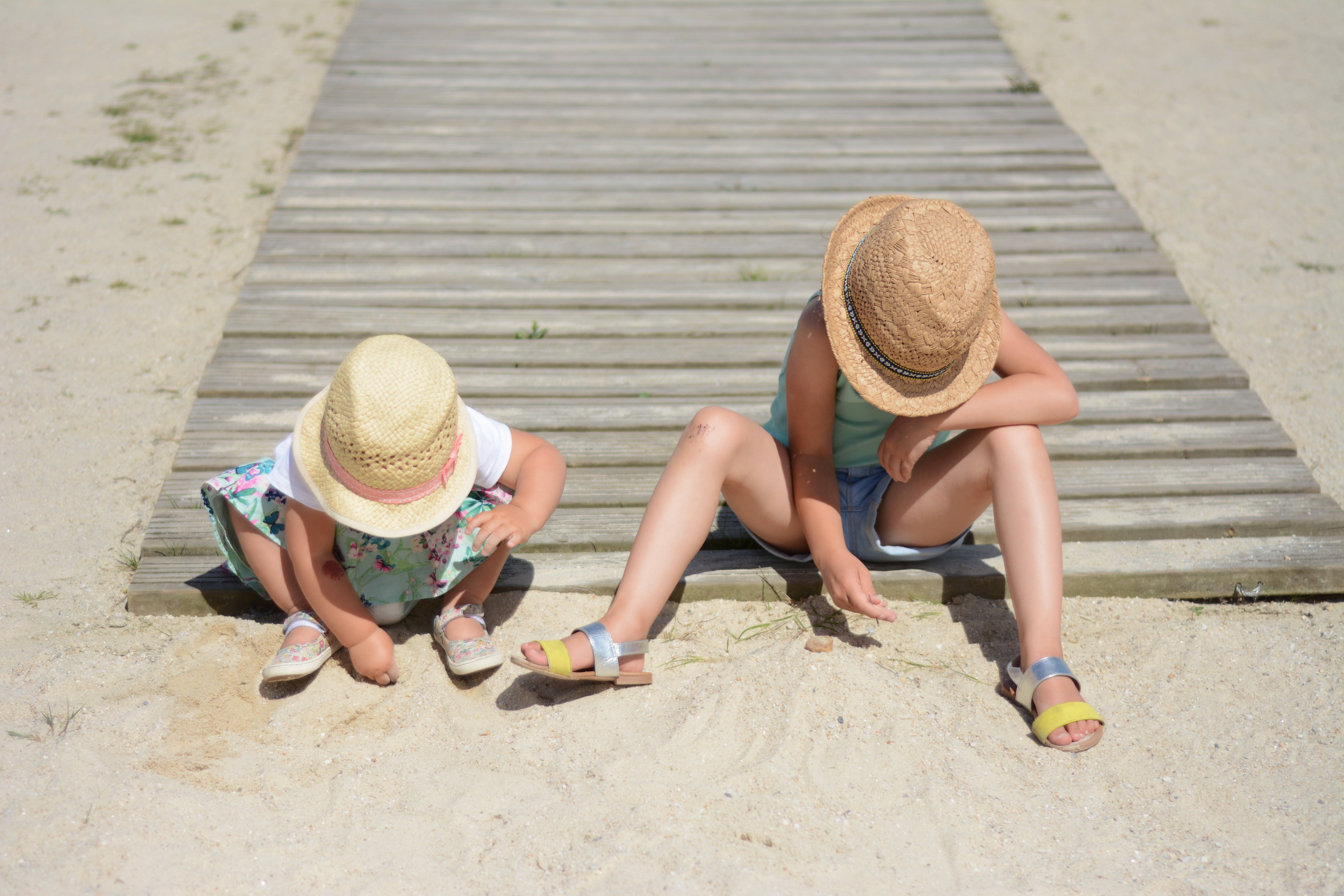 I have absolutley loved this month with these two little ladies. It has seen the first year of school over, has brought us so much more time together as a result and then for the last two weeks whilst in France they have literally not spent a moment apart. It has been something truly special and I know that come September none of us but especially the littlest will be ready to say goodbye to her 5 days a week – I certainly anticipate tears at the school gate that day… and not from Eva!

Sometimes I think I’m quite protective of Eva’s life, of her space as an individual. I worry that sometimes Roma crowds her and doesn’t give her the space that she needs, that she wants. She had 4 whole years before having a sibling and although she has never had any problems sharing her things she isn’t as used to sharing her space as Roma. It comes naturally to her because she’s the littlest, she never had any time alone and it is what she knows. What she loves.

But what has become apparent in the last month, since Eva broke up from school and they spend all their time together and specifically since we came to France. Is that Eva loves it just as much a Roma does. She may moan about having her space but within seconds she wonders where her sister is. She asks if she wants to join in her games, to follow in her footsteps or to walk along side her. Even when Roma is chasing her around shouting “belly belly” and trying to pat it, you can barely understand Eva’s protests through fits of giggles.

I think this time away has been good for them. Rather than being too much for either it has taught them how to be tolerant again, how to be in each other’s company all the time and to listen to one another.

They are at a weird place at the moment where Eva tends to flit from one thing to another so quickly it’s hard to keep up. And although they don’t seem to be playing together they will do the exact same thing side by side. Roma will literally follow Eva around all day copying what she is doing, just trying to be involved – and Eva secretly loves it!!

She is so involved in Roma’s life, in her milestones and in her development. She is the first one to let out an excited squeal when her little sister says a word or a phrase she hasn’t heard before. Now she says 2 and 3 word sentences Eva is so fascinated and squeezes her face hard to say well done you are so clever. Which in turn makes her say it over and over again. Anything to make her sister happy.

I’m a lot less involved than I thought I would be, instead I prefer to sit back and watch. To take it all in and to let them sort it out for themselves. To watch their bond strengthen and change right before my eyes. It’s partly I guess because I am much more relaxed now there is two of them. Now I know what a sibling relationship from a mothers point of view brings. But also because I am just so much more tired!

Of course I have to step in every now and then when Eva wants to pick Roma up and she’s not listening to “I don’t want to” over and over again. Or Roma is being just a tad too enthusiastic with her tickles. But equally when I spy through the door at them cuddling together, playing with their rabbits, sharing toys or Eva helping brush her teeth or reading to her it just melts my heart and I could watch them forever.

Naturally with us being away I have so many photos of my two from the last few weeks. But I still wanted to take some specifically for this post, like I always do. Yesterday we went to Brest, a city about an hour away from here in Roscoff, to Oceanopolis. It’s a big aquarium and they both really loved it . Just before we left we stopped by these beach huts in a little sandy spot for a snack and I took the opportunity to take some photos of them. Eva has taken to not wanting photos at all so it was a bit tricky but I managed to get a few lovely ones. And actually it totally sums them up at the moment. You can’t see their faces in any of them and that seems pretty apt. They are just far too busy playing and engrossed in what they are doing – or what the other one is doing – to look up for photos! 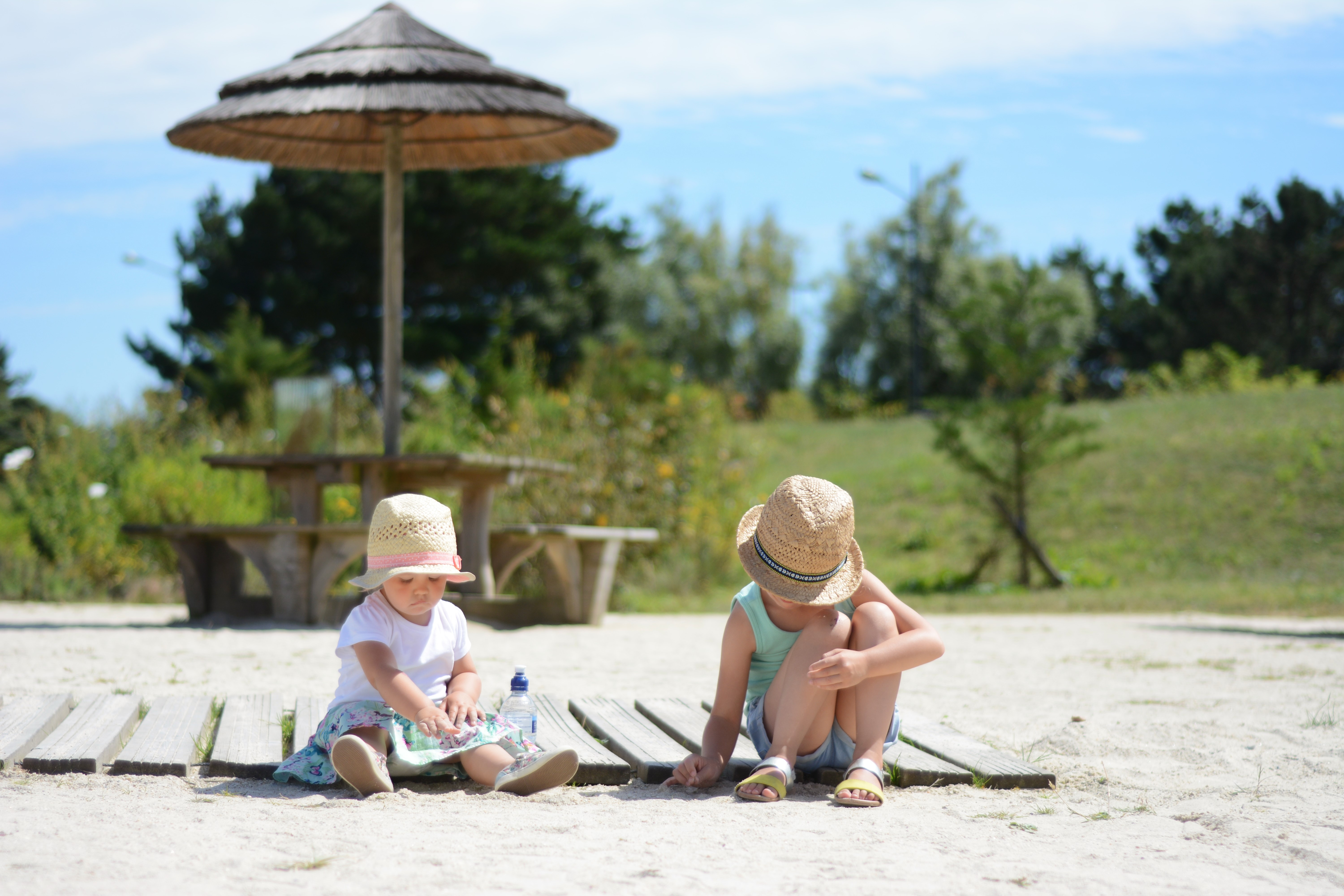 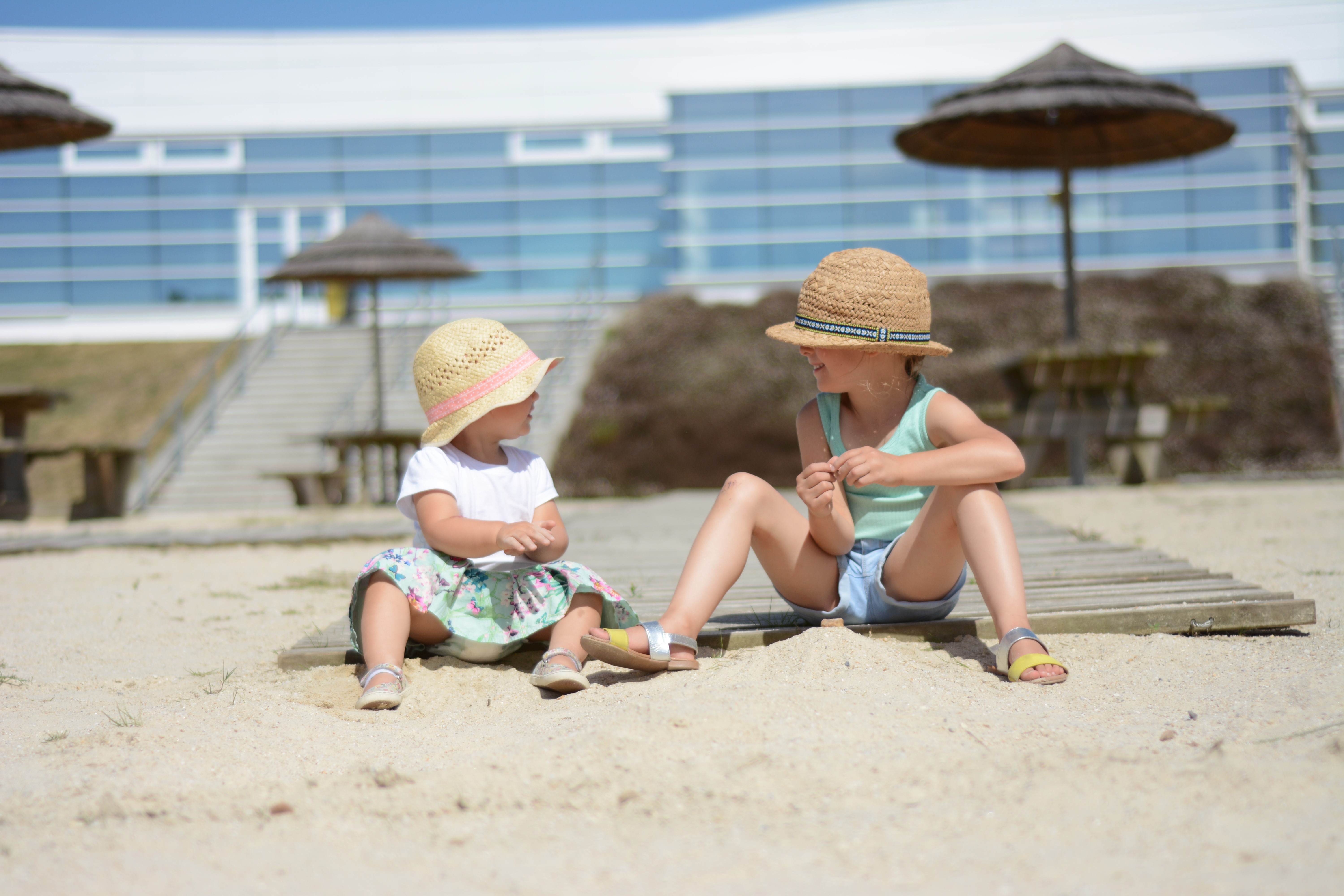 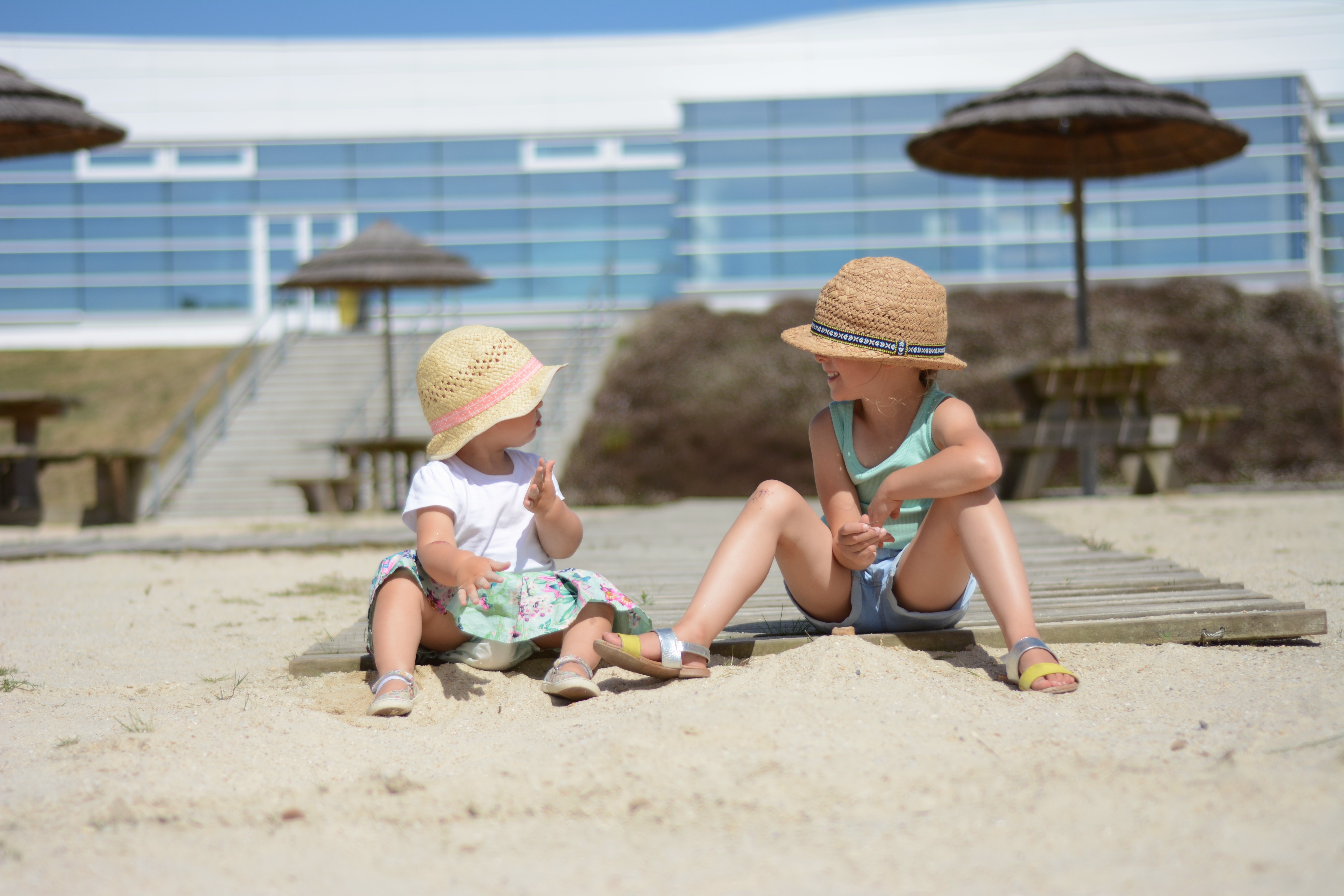 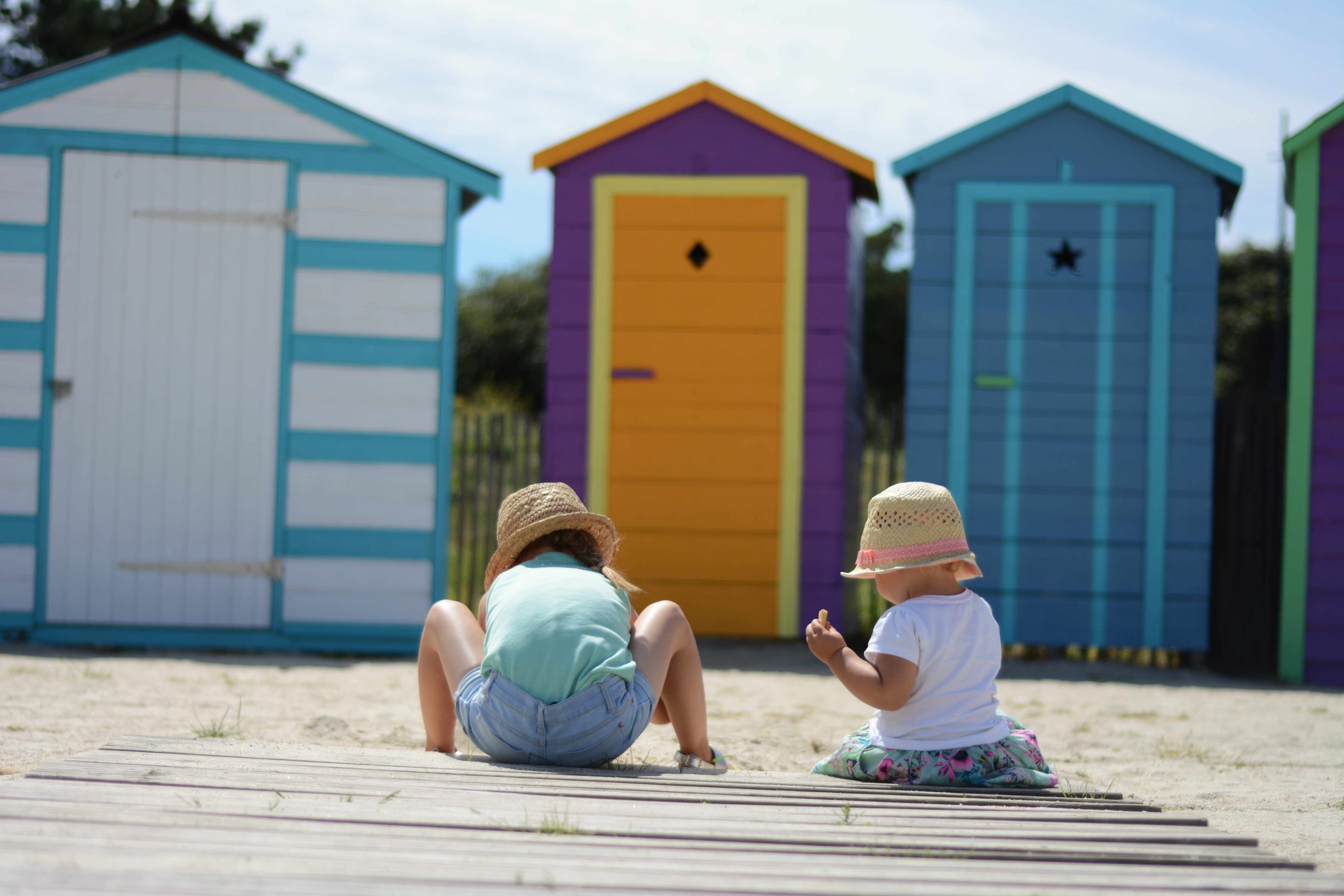 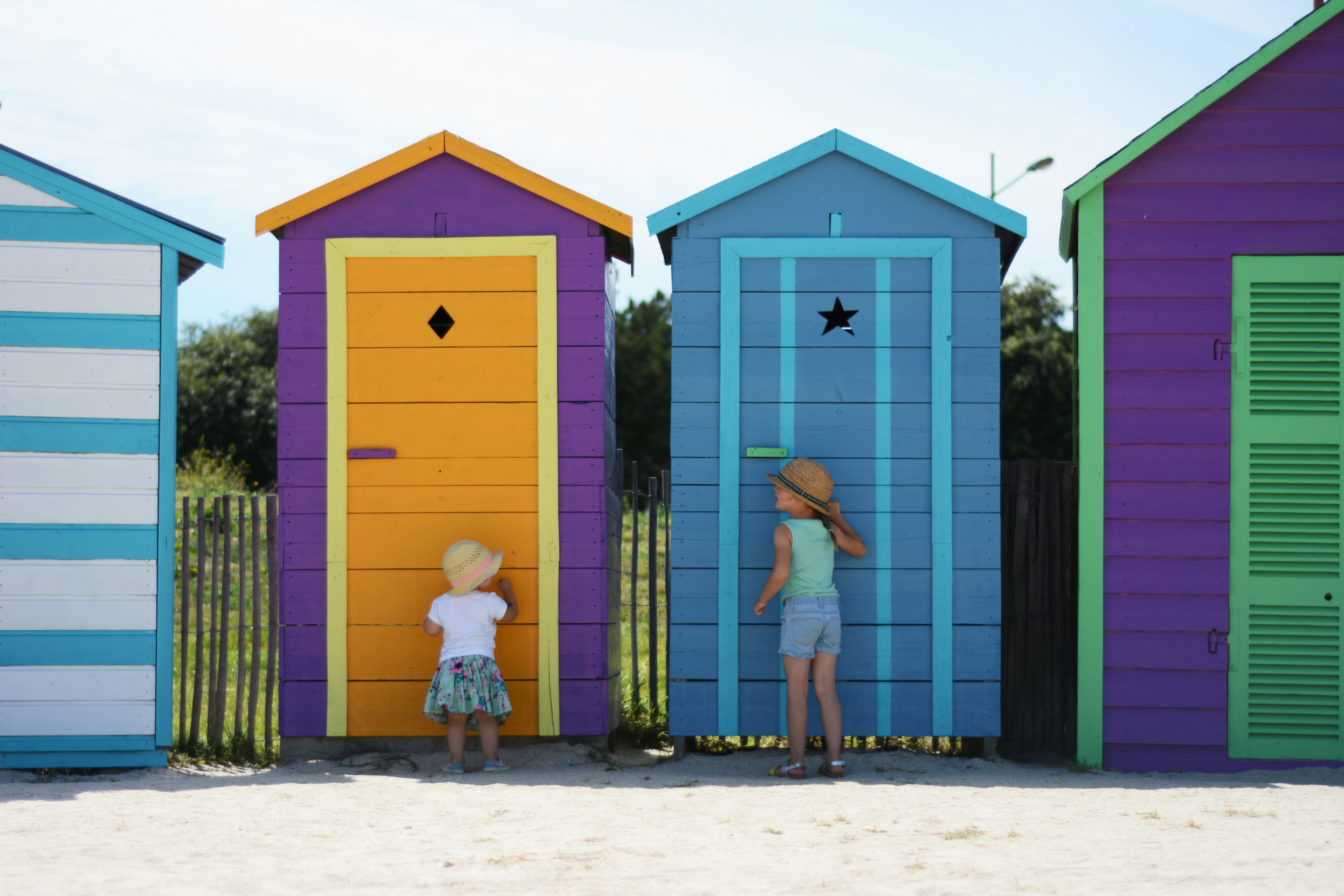 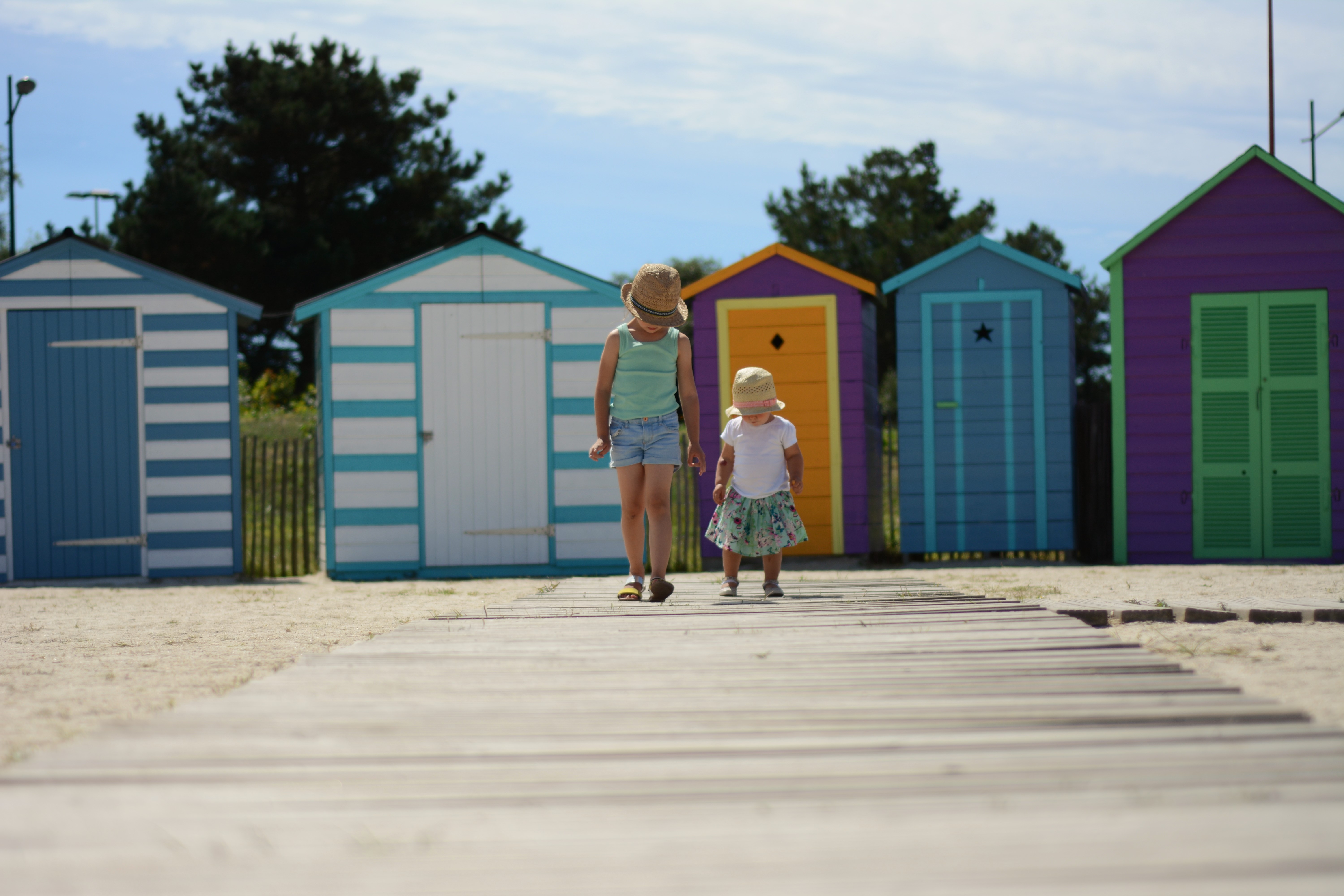