When you first have a baby there is so much stuff that you need. And so much you don’t need, but you think you need, and everyone else has (and also realise they don’t need but they don’t tell you that because, well who knows, because they bought it so why shouldn’t you?!) anyway you just end up with so much, Stuff!

I admit that the first time around I fell into the trap of needing everything for this baby before this baby was even a baby. I had to have the furniture designed specifically for a nursery that wouldn’t last more than a few years, I had to have the bottles and ready made milk even though I had intended to breastfeed, just in case, the changing mat with cuddly toys to match, the swaddling blankets, the sleeping bags, you catch my drift. I was Mama’s and Papa’s pregnant dream. Now I realise that alot of this is only natural and a trap lots of people fall into. And I also realise that I was carrying a huge amount of guilt of hating pregnancy and hoping that this would somehow make up for it and fill the void, or at least my days at home sick. And it did.

I am quite particular in the things that I like and whilst my tastes have definitely changed over the years I still like to research and look around before settling on any new purchase, especially for the children. Eddy would say that I am fussy but I would call it particular, I know what I like and I know what I don’t!

When Eva was just a few months old we talked about soon needing a highchair knowing it would probably take us a fair few months to find one or in fact agree and decide. And we were right, we searched pretty much every baby shop you can think of and never found anything we wanted. Well that’s not strictly true, I had seen one that I liked but it was quite expensive and so that was put on the back foot…for now. Time raced on and before we knew it we were sprinting straight into weaning territory and needed to decide.

One day we had taken her to the Zoo and were sat in the cafe with my still so little (to me) baby on my lap and Eddy brought over a highchair for her. A simple white plastic one. No sooner had we sat her in it that Eddy was frantically googling. We of course found that it was the Antilop from Ikea which, if you have children or indeed ever been to family friendly cafes, then you are probably familiar with it. We agreed that whilst it wasn’t the prettiest at just £14 we would buy it – for now!

Eva was still such a little dot we had to put a blanket behind her as this was before they did the inserts you can get now. But it did the job and travelled well. And do you know what? We never did get another one. Since that day it has been perfectly fit for the job and so when it came time to do the same the second time around, we didn’t even hesitate, off to Ikea we went.

This little chair has seen us through so many times, Eva’s first taste of foods, her love for broccoli, the absolute mess she made with a plum and her most surprising allergic reaction to pineapple. Her first Christmas dinner where we made her wear a hat that she wasn’t impressed with to her love of sushi. It has sat so innocently in the corner of the room for four of our six years of parenting and seen us from parents of one tiny baby who survived on milk alone to two fully fledged, eat anything (mostly) little people. It has seen eagerness to go in, tantrums to get out and I don’t think I will ever forget the distinctive sound of the legs banging against walls and furniture as we move it around from room to room. We have moved house with it, welcomed friends babies in it and I have lost count of the amount of times I have run a wipe over the smooth white surface.

For the last few months it has lived in our kitchen and been used at breakfast time as the space it used to own in the dining room is filled instead with a booster seat. Roma is big enough for that but I felt that I wasn’t quite ready for her to sit on the stools at the kitchen island just yet. Therefore every morning as Eva and I sat at the island Roma would sit alongside us at the end of the table in this little white chair. We would chat and eat and she would kneel up as to be closer to us. I would move it back again every day to make space, hear Roma drag it over the tiled floor when she was ready for lunch and roll my eyes when I had to maneuver round it to vacuum.

At Christmas however we needed the room due to having family for dinner and the house felt cluttered enough as it is. So we moved it, temporarily. And there it has sat for weeks in the corner of our bedroom silently asking the question I am not sure I was ready to hear. What to do next?

The last few weeks Roma has sat on the stools at the table and oh my her face is an absolute picture of joy and pride as she sits right there next to her sister. The first time she sat there I actually filmed it in one of my vlogmas videos and she simply says “Roma’s a big girl” with a grin on her face and a glint in her eye. I really don’t think I could get her back in that highchair if I tried. Last night I turned to Eddy and said “We don’t really need that anymore do we?”, “No probably not” was his reply.

Just at that moment I had a tear in my eye and flash of memories from the last 6 years, it feels stupid to get emotional over a highchair but it seemed to mean so much. It is just over 2 weeks before Roma’s 2nd Birthday and even though she has seemed so very grown up for so very long this seems so final. I know that she is ready but am I? This little white highchair has been a huge part of our lives, it has seen her sturdy little self at 5 months stealing food off of Mummy’s plate, worry over whether she was going to have food allergies followed by the relief that she didn’t, to the battles over not standing up or her recent aversion the crusts or skin of any food!

Suddenly I was mourning this white plastic monstrosity that I was forced to have in my house, move furniture for and constantly clean because of course it isn’t about that. But what it symbolises. My babies are grown, they are not in fact babies anymore, it’s the end of an era that truthfully I am not sure I want to leave behind and that with lots of these lasts I didn’t really realise it was the last at all. No longer will it be there to stir memories every day of the babies that once sat in it and you could barely see their tiny feet out of the bottom. With the removal of this one item the baby days are well and truly gone.

But then I remember that these are the very same little legs that hung from said holes in the chair, the same legs that will probably run rings around me forever because I will always see them as my babies, but they are just the same, still here, just sat perfectly placed now on a whole new seat.

Generally a high chair isn’t my chosen places for photos but here are a few that I found of my babies, there are more of Eva because, well first babies and all that!! 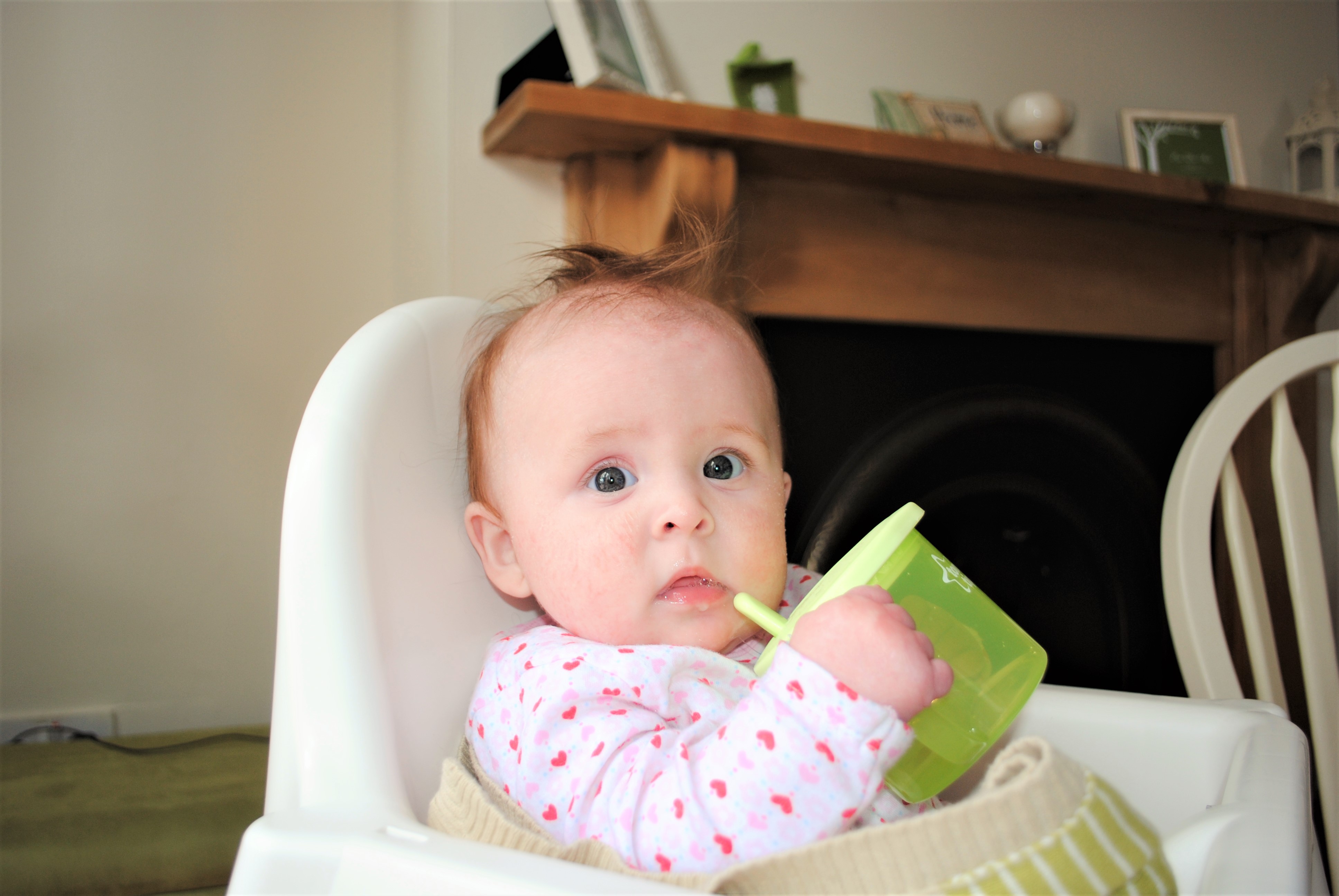 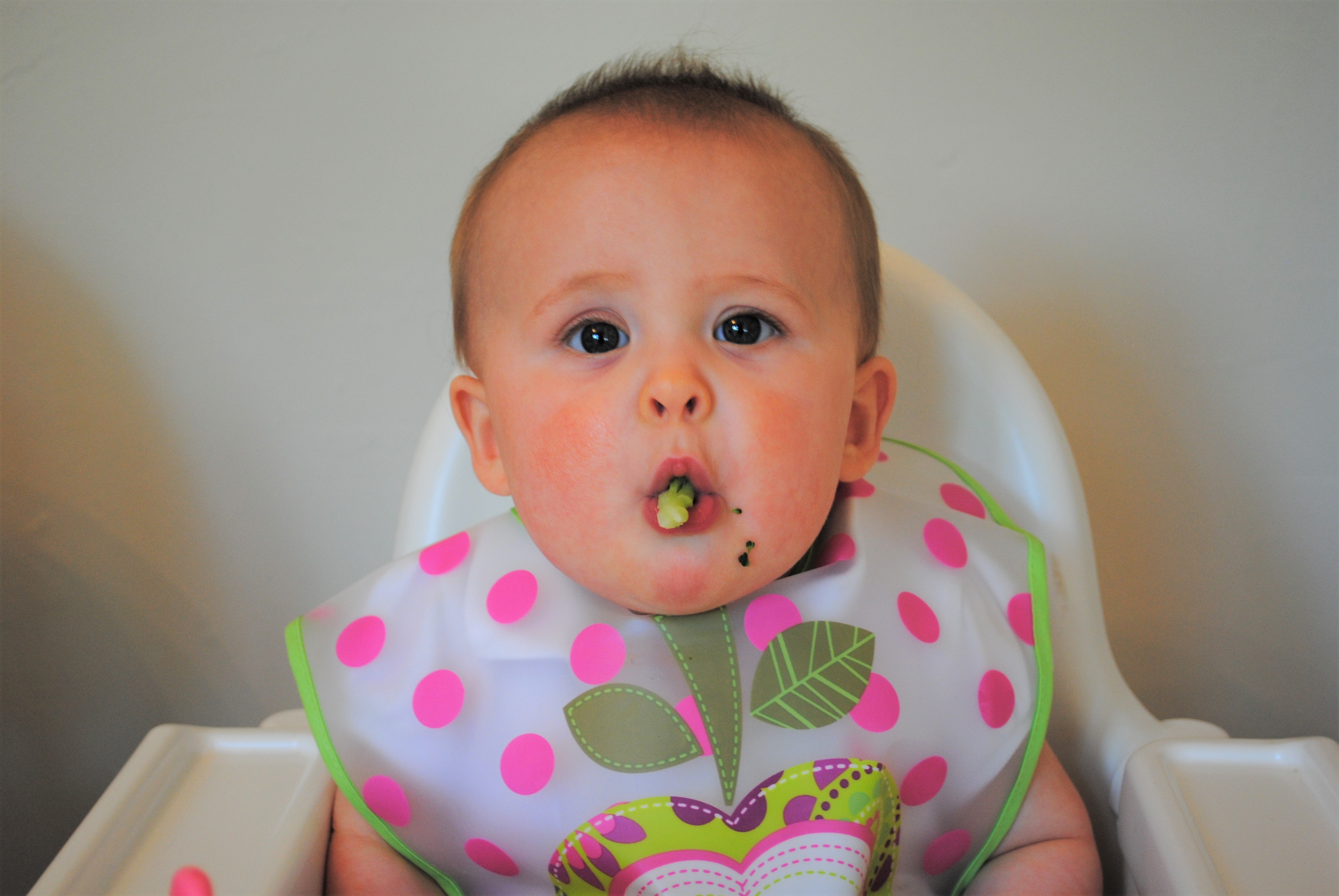 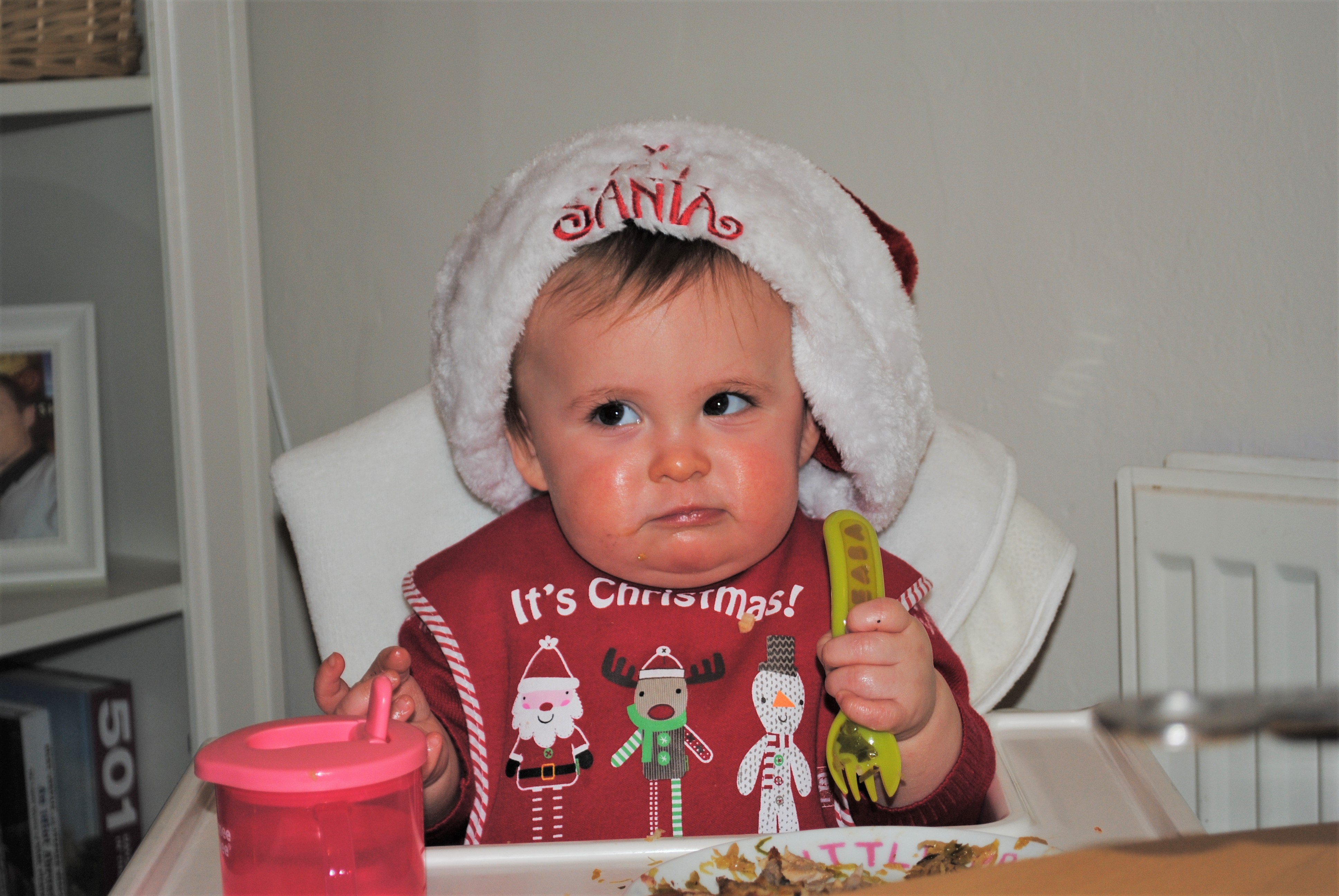 One of the only photos I have of Roma in the highchair as a baby below and it is still blurred, this one never ever stayed still! 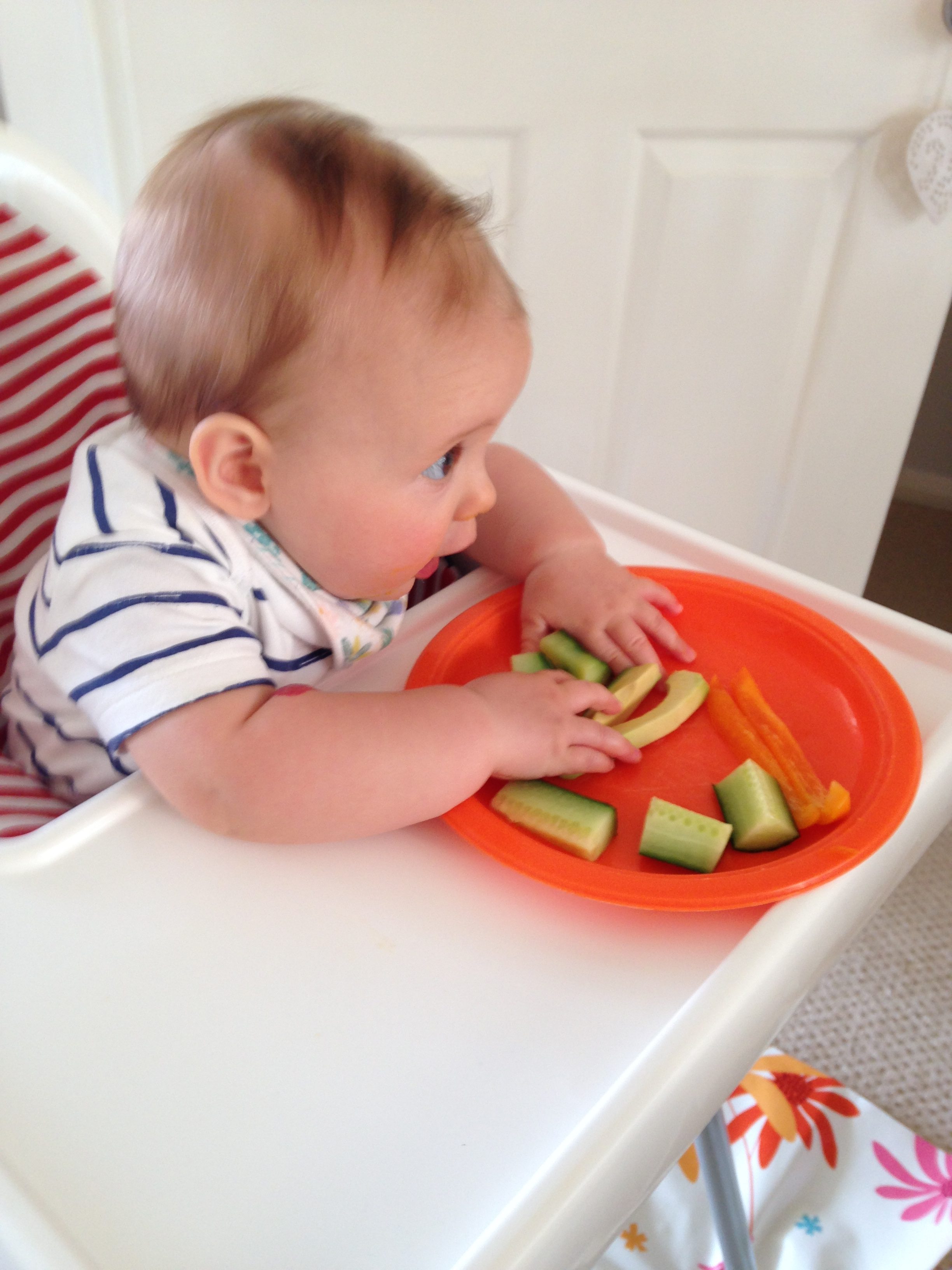 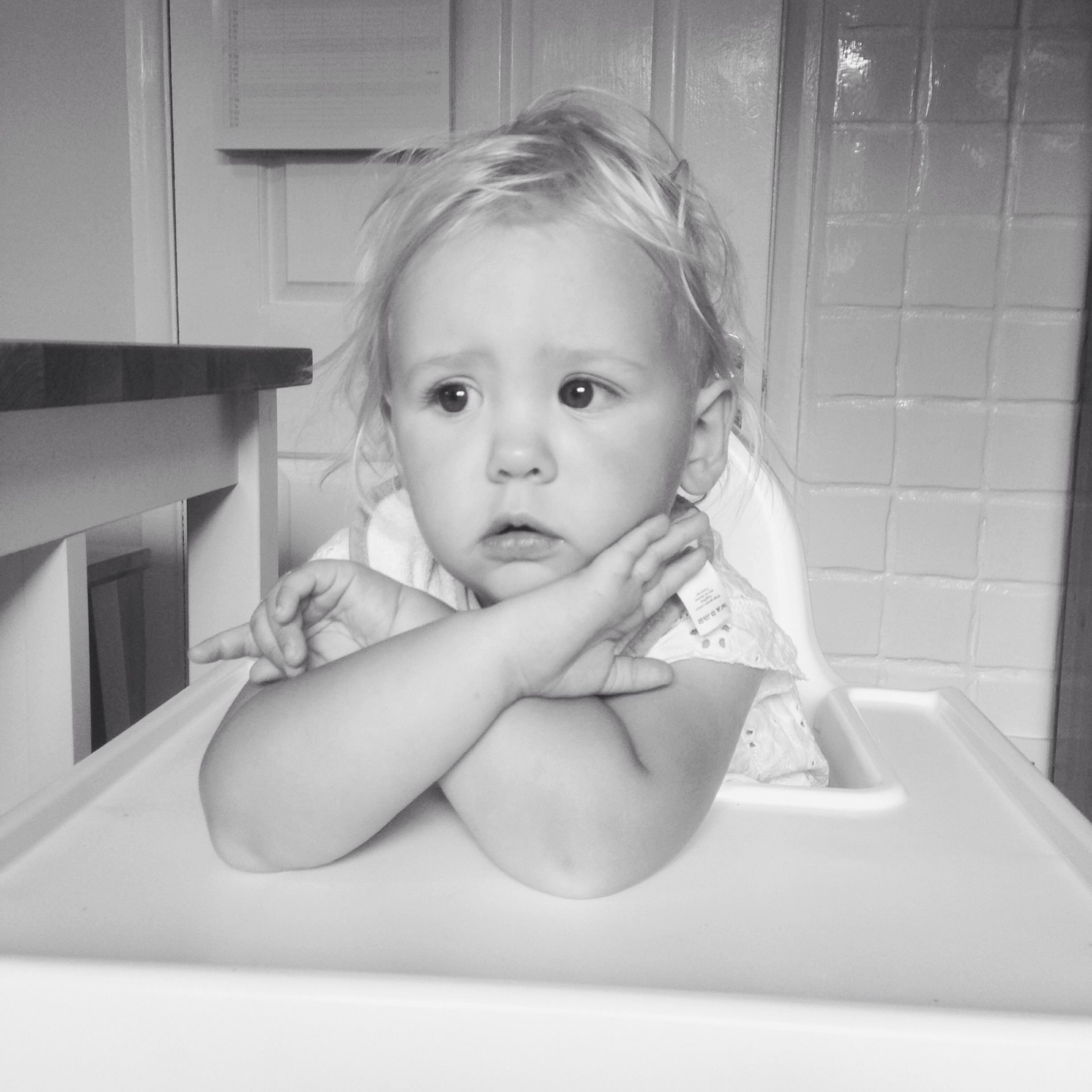 Her new place, proud as proud can be.