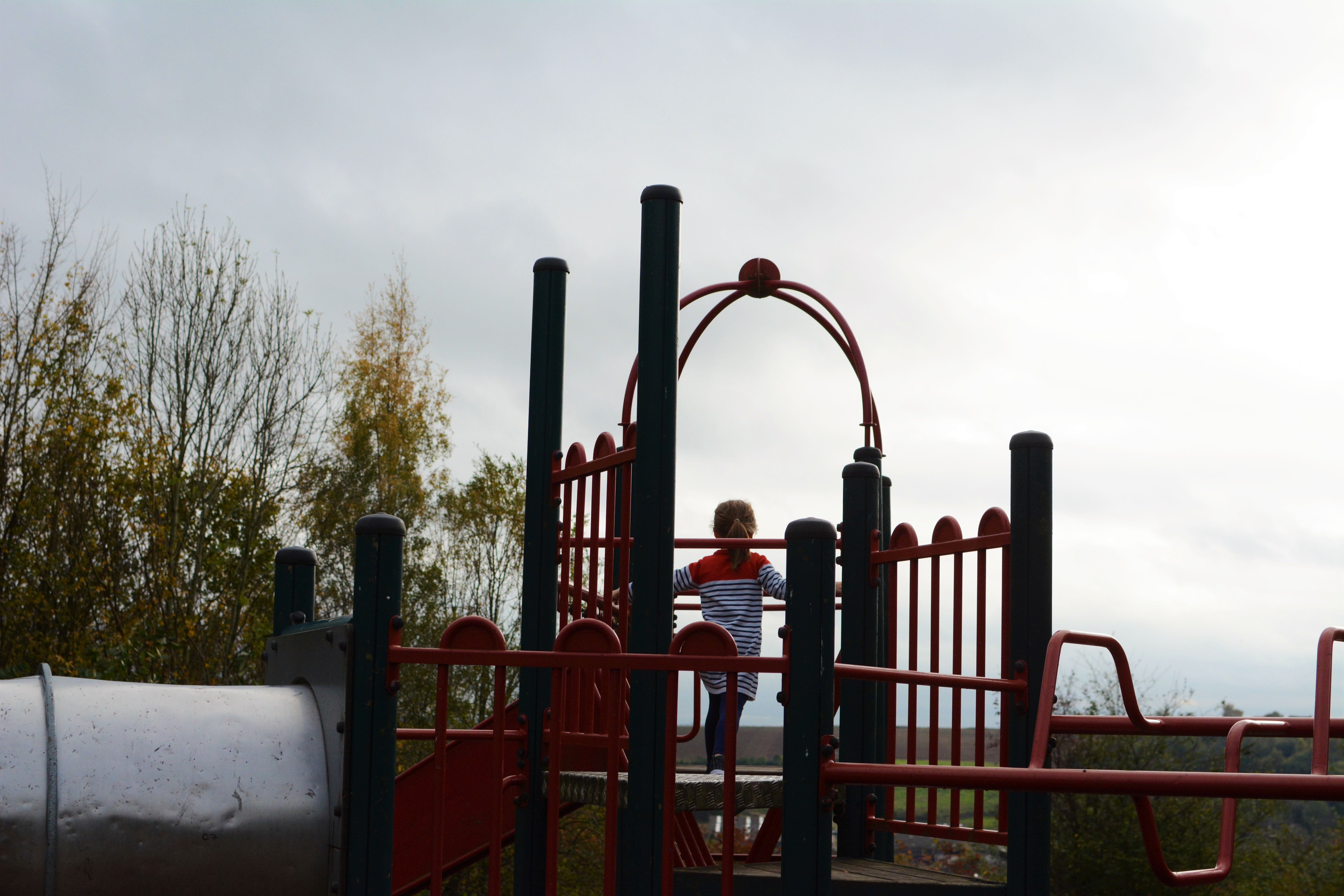 The park, a staple of childhood right? And mostly therefore, a staple for parents everywhere. I do think that you are either a park person or you are not, and I am afraid to say that I am probably the latter. Ok, definitely the latter! Where we live there is a small park just a few minutes walk from the house, it has a seesaw, a slide and two swings, small but perfectly formed as they say. Perfect for my little ladies anyway. We will often nip there and although it doesn’t have a bench (I mean seriously, what are parents supposed to do when they are watching their childs 400th slide down the slide to still muster up the enthusiasm to shout “weee” all the way down, again). I digress. It does keep them entertained and we have happily made up games of three little pigs, trolls under the bridge (slide) or sitting making daisy chains over the years.

There is also what we call the ‘top park’ which is about a 10 -15 minute walk depending on if the toddler fancies dawdling and if you are walking with me (I’m pretty slow). The walk is up hill the entire way and so I will be honest it is usually a Daddy trip. This is with good reason that the girls do understand but I tend not to take them, especially on my own. However this week has been half term and on Monday it was the only day this week I had with both of them on my own (Tuesday Roma was at nursery, Wednesday was Grandma and Eddy was off the rest of the week} so when Eva asked if we could go to the top park I wanted to be a yes mum, so I indeed said yes and off we went.

It is a much bigger park and caters to slightly older children so Eva had an amazing time on the apparatus, climbing, jumping and showing me how brave she is becoming. Despite the gorgeous blue skies and sunshine we were the only ones there. I even managed to sit on the bench and watch Roma being spun around in a bowl by her sister, them helping one another to balance on the beams and take in the peace, quiet and the view over the town – there is a reason it’s called the top park after all. They played, they laughed, we all chatted about what we could see, hear and smell and mostly just spent time together, it was really lovely.

After a while Roma was bored and I had exhausted helping her onto the climbing frame 100 times so we decided to go to the little park aswell, where they could get themselves on everything and yes I sat on the floor, but it worked for me. And the children had two park trips, result. Nothing is ever plain sailing of course and I had a terrifying instance on the way between the two parks when Roma bolted on the pavement and wouldn’t stop. I have never been so scared and thankful that Eva could catch her up when I couldn’t but despite this, and a little telling off/emotional hug in the middle of the street, I am so glad that I said yes and that they did in fact get to go to the top park with me after all. 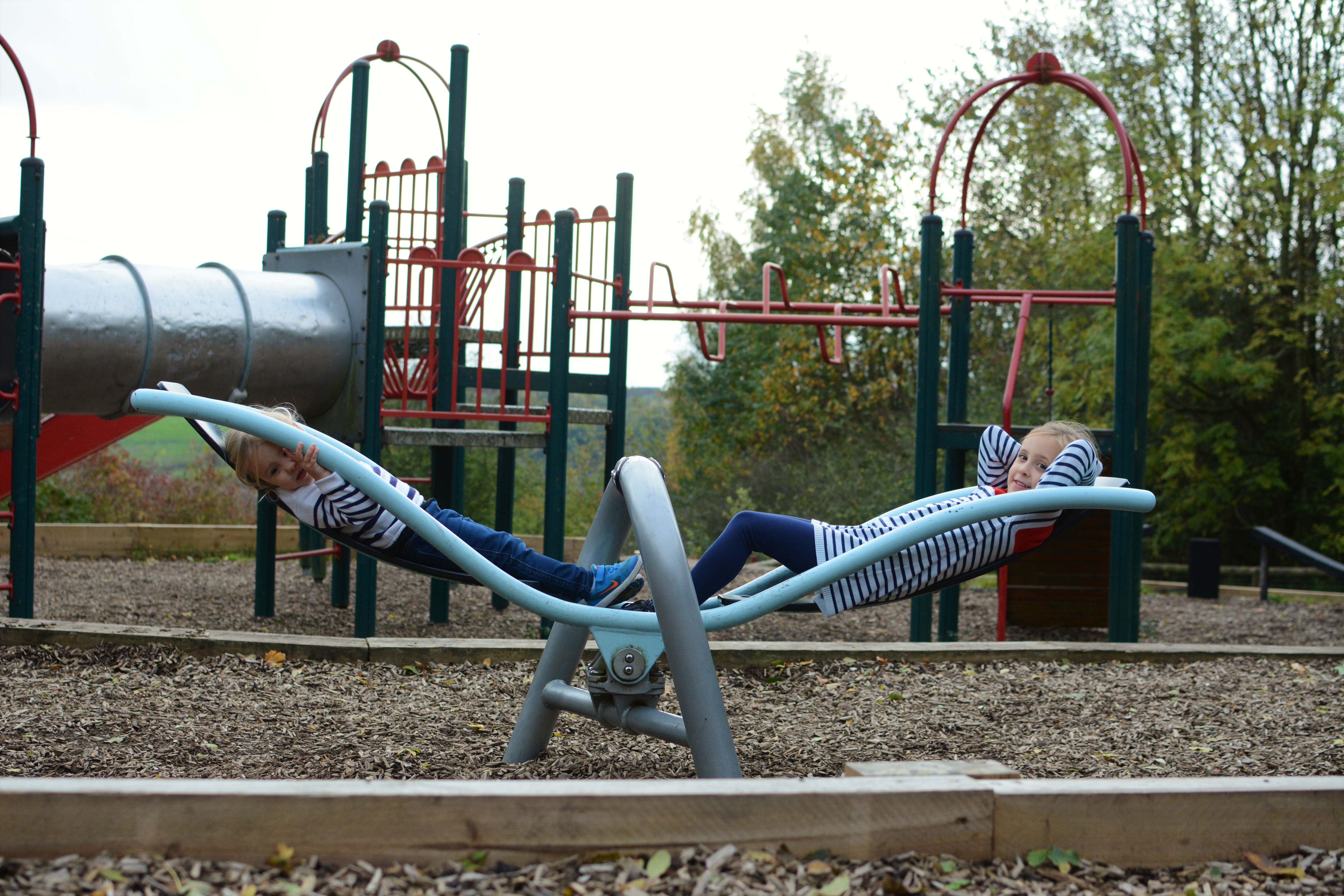 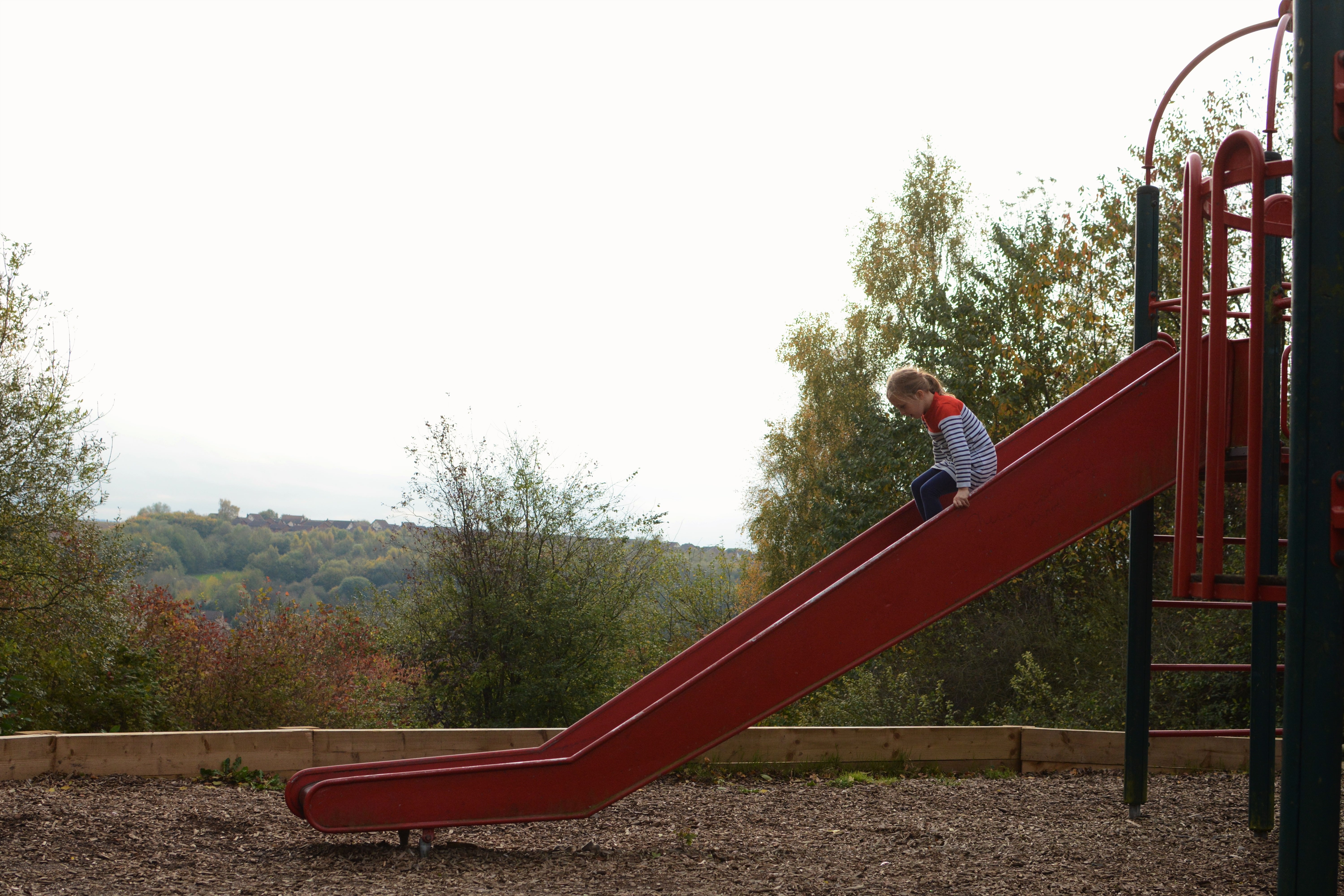 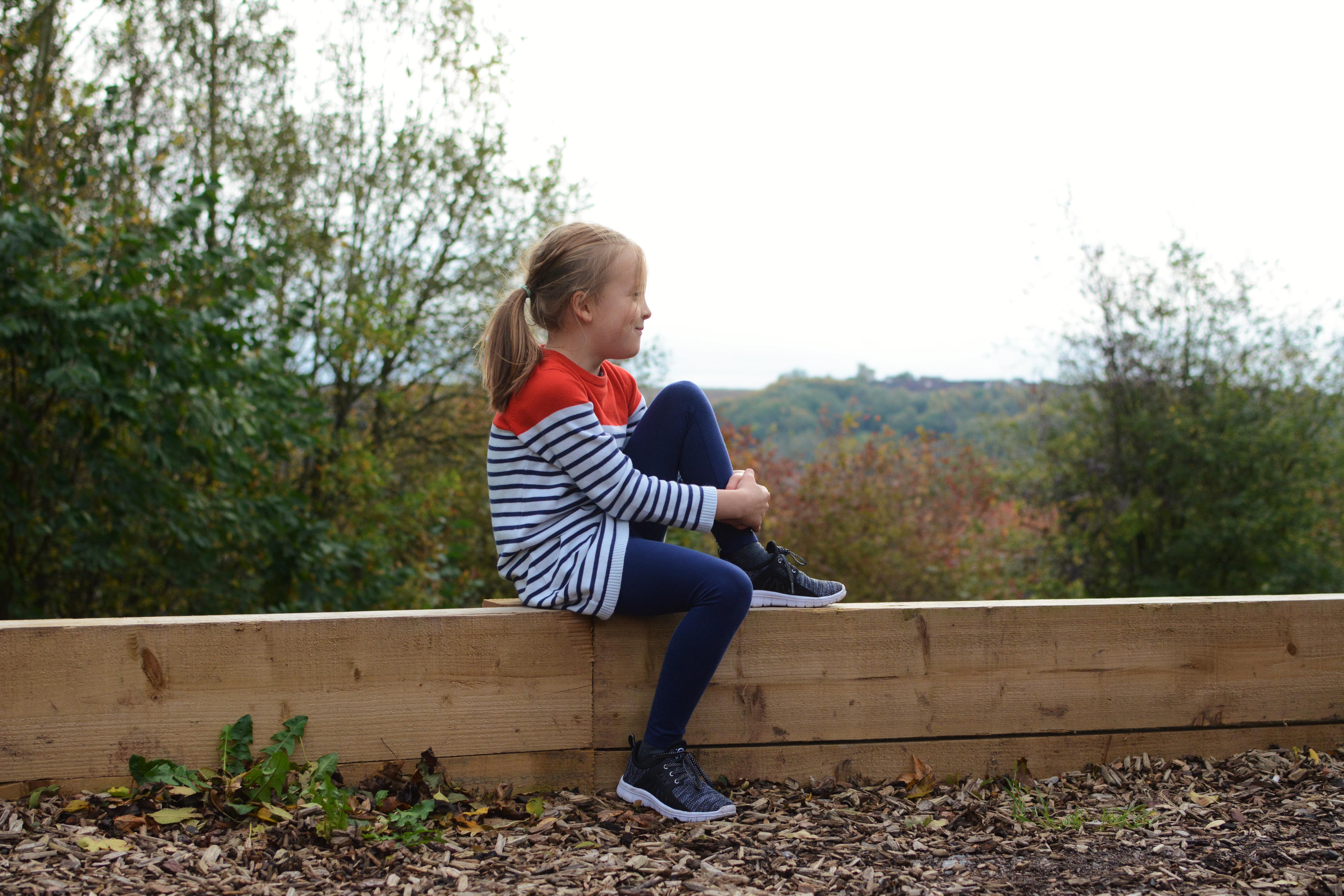 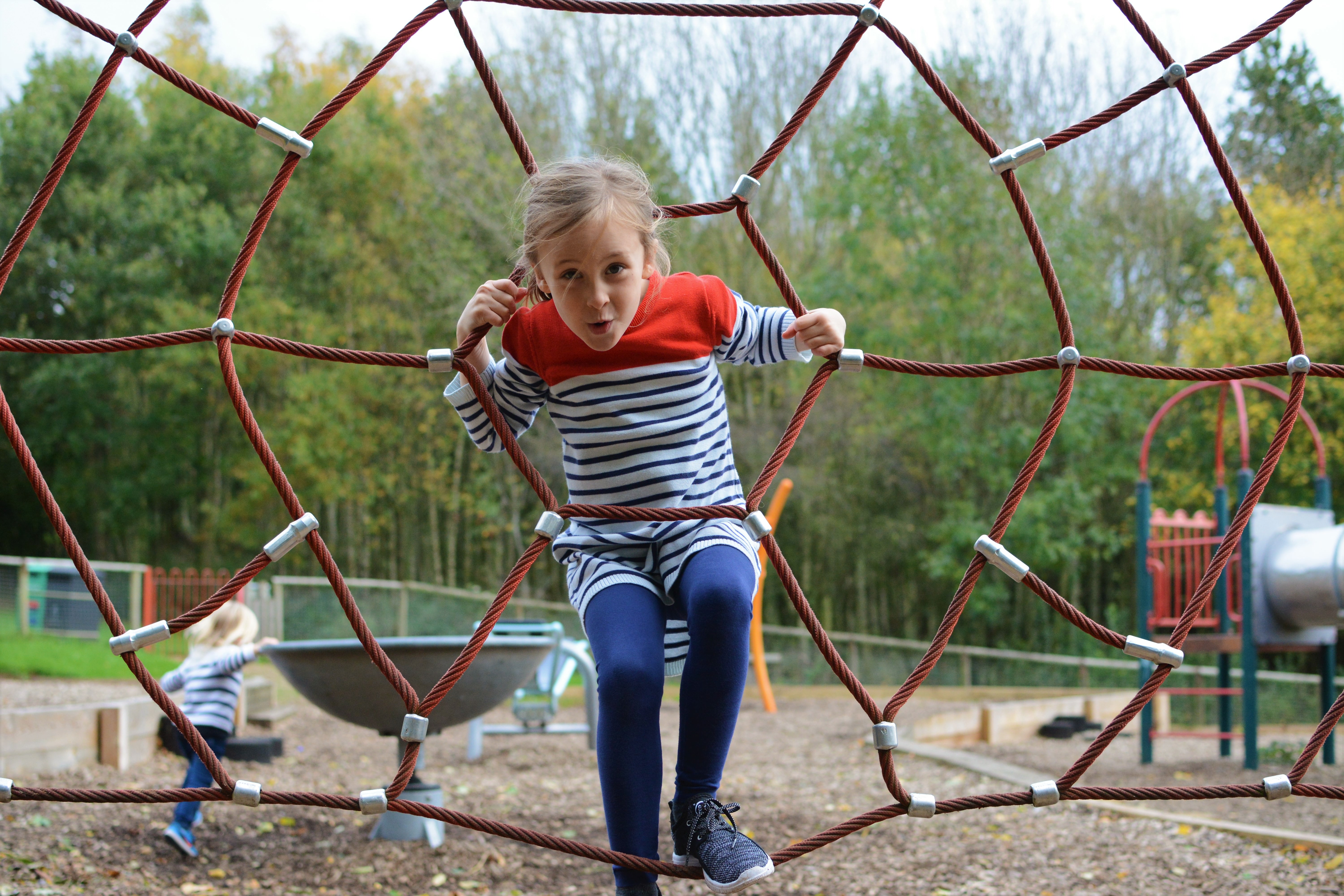 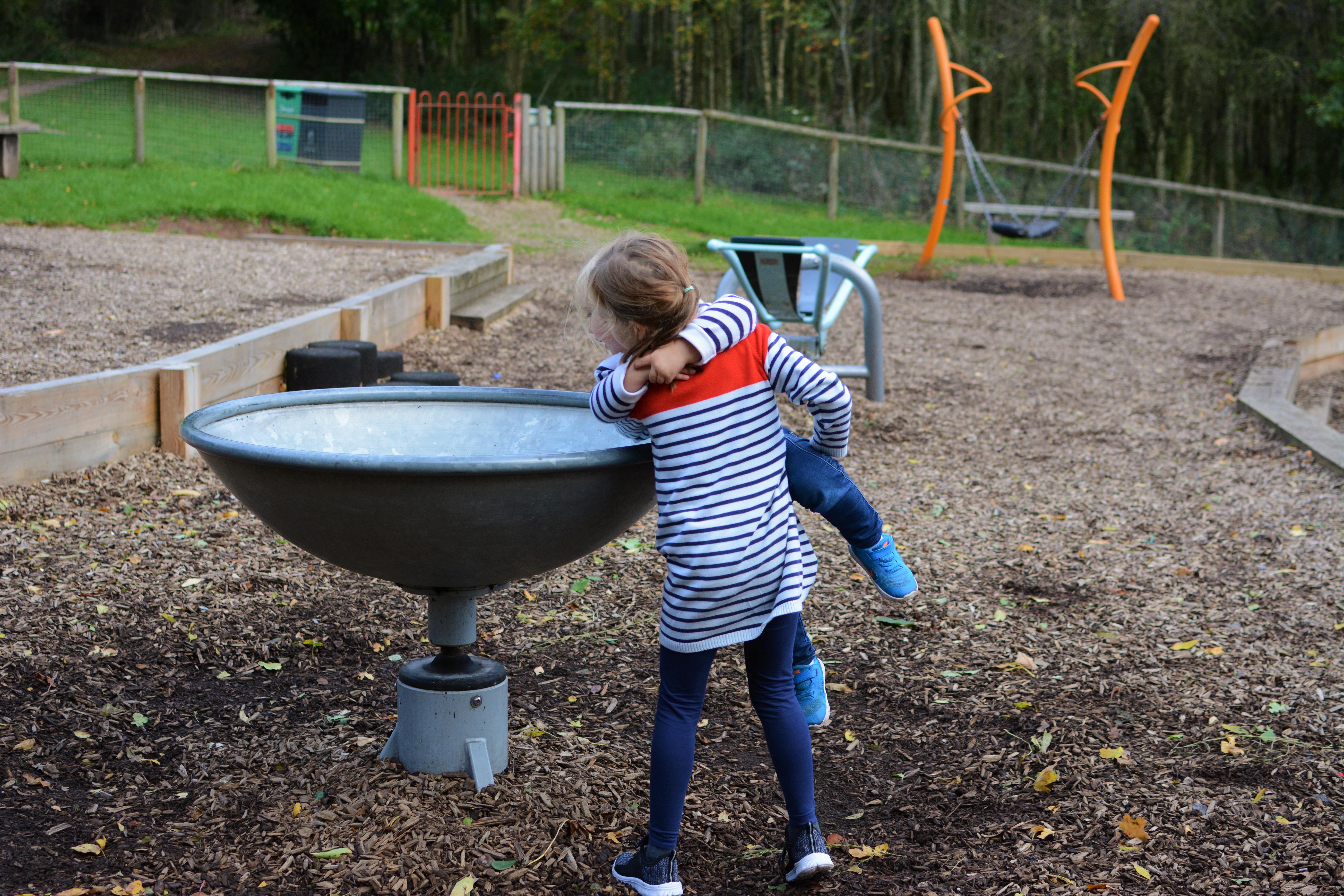 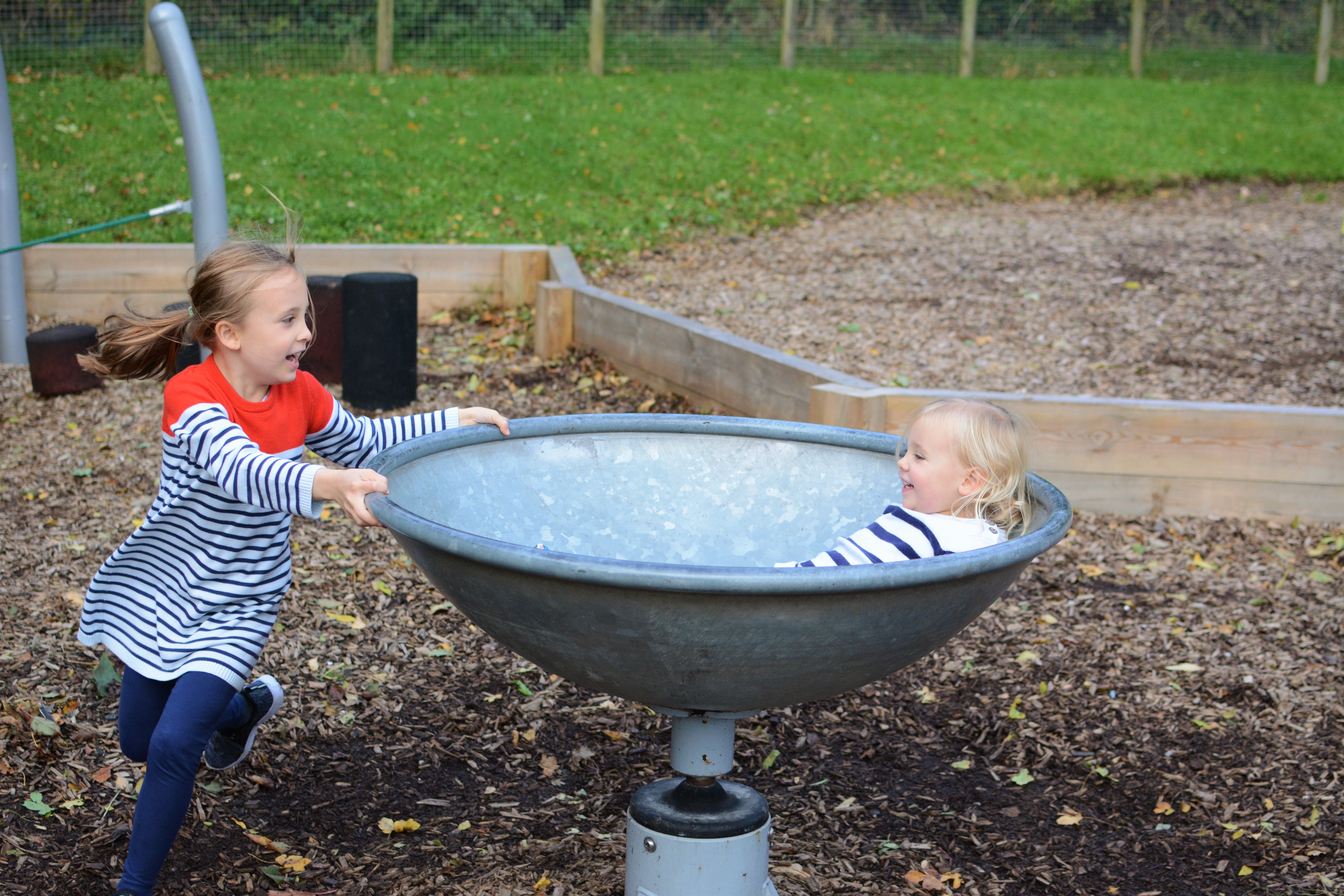 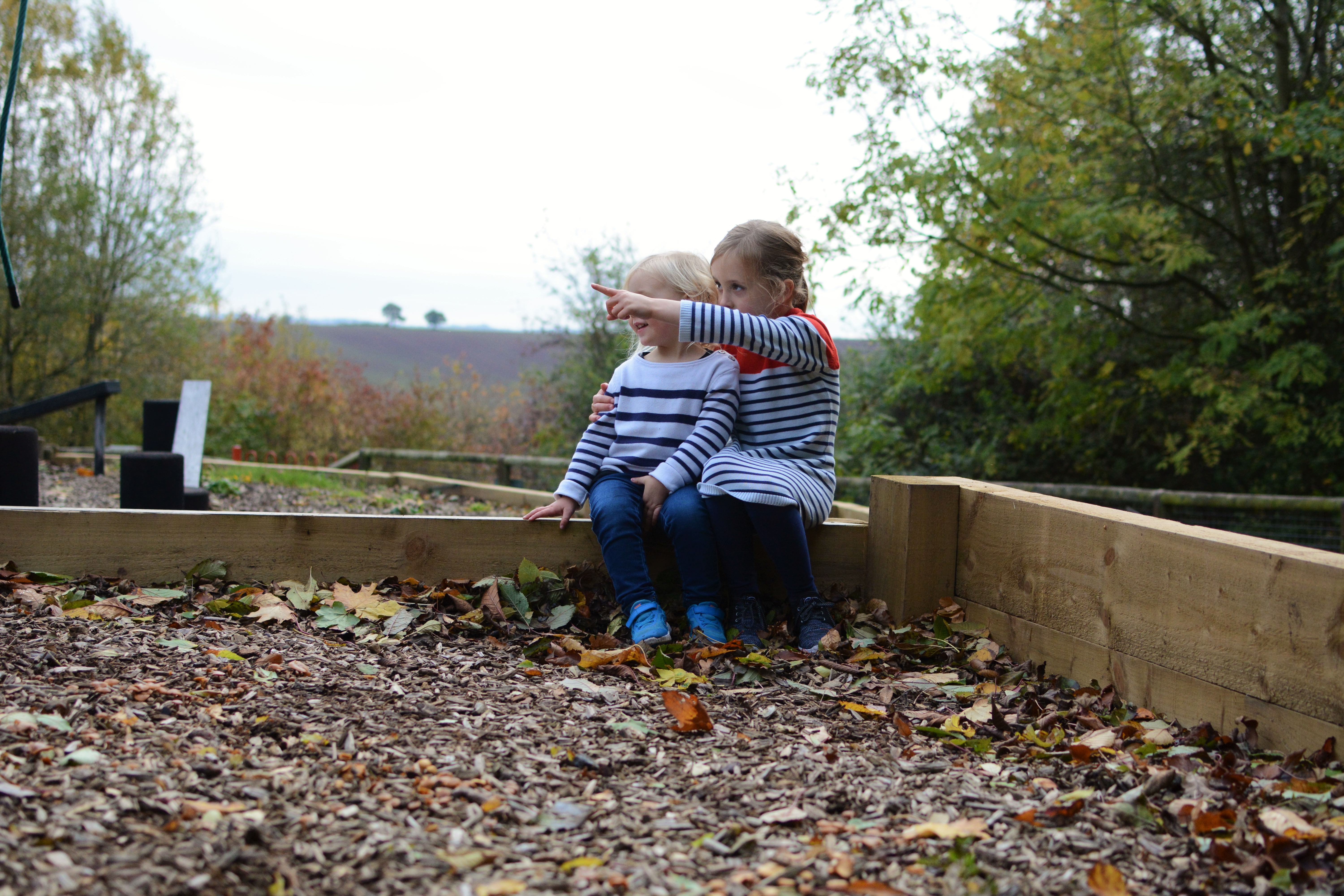 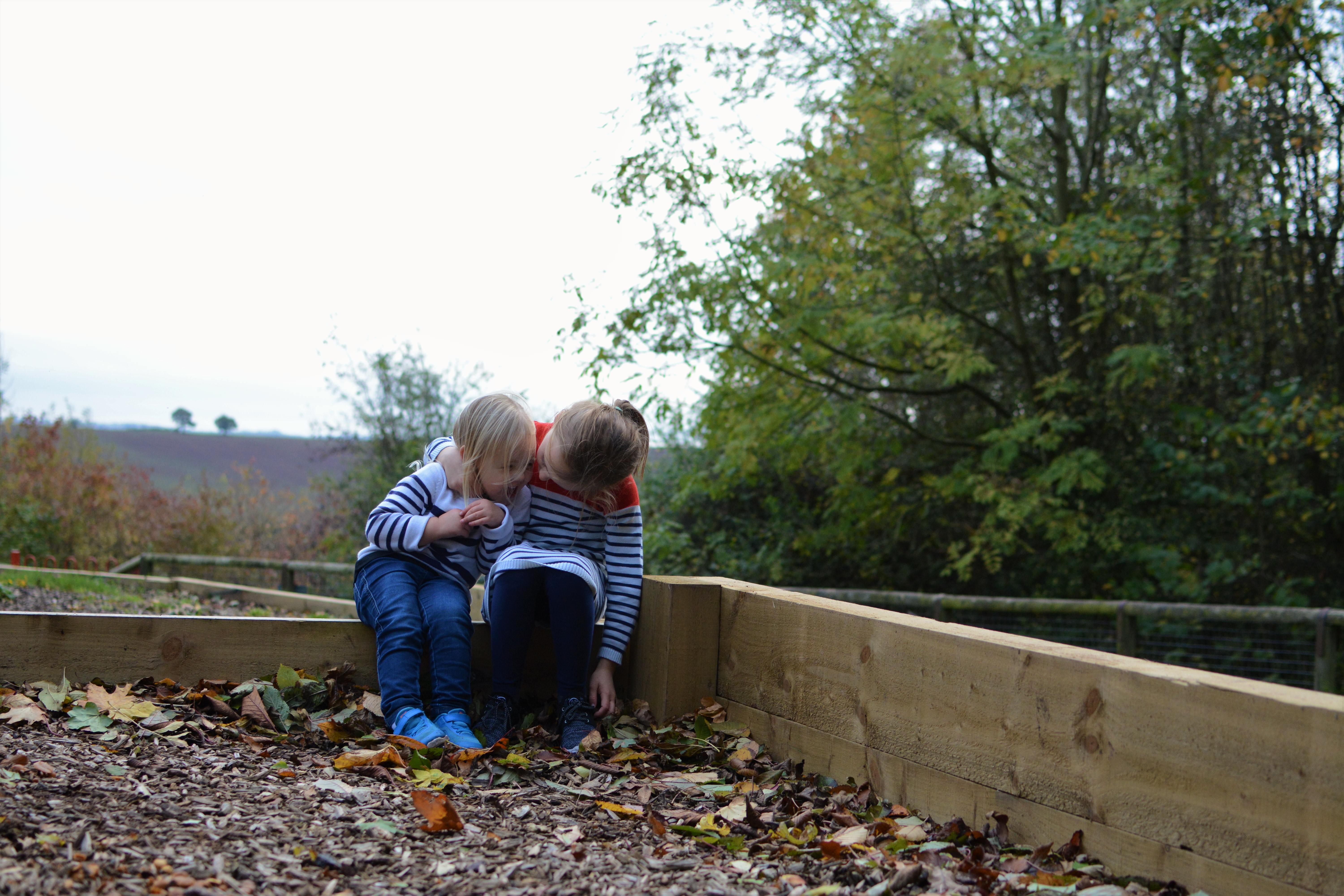