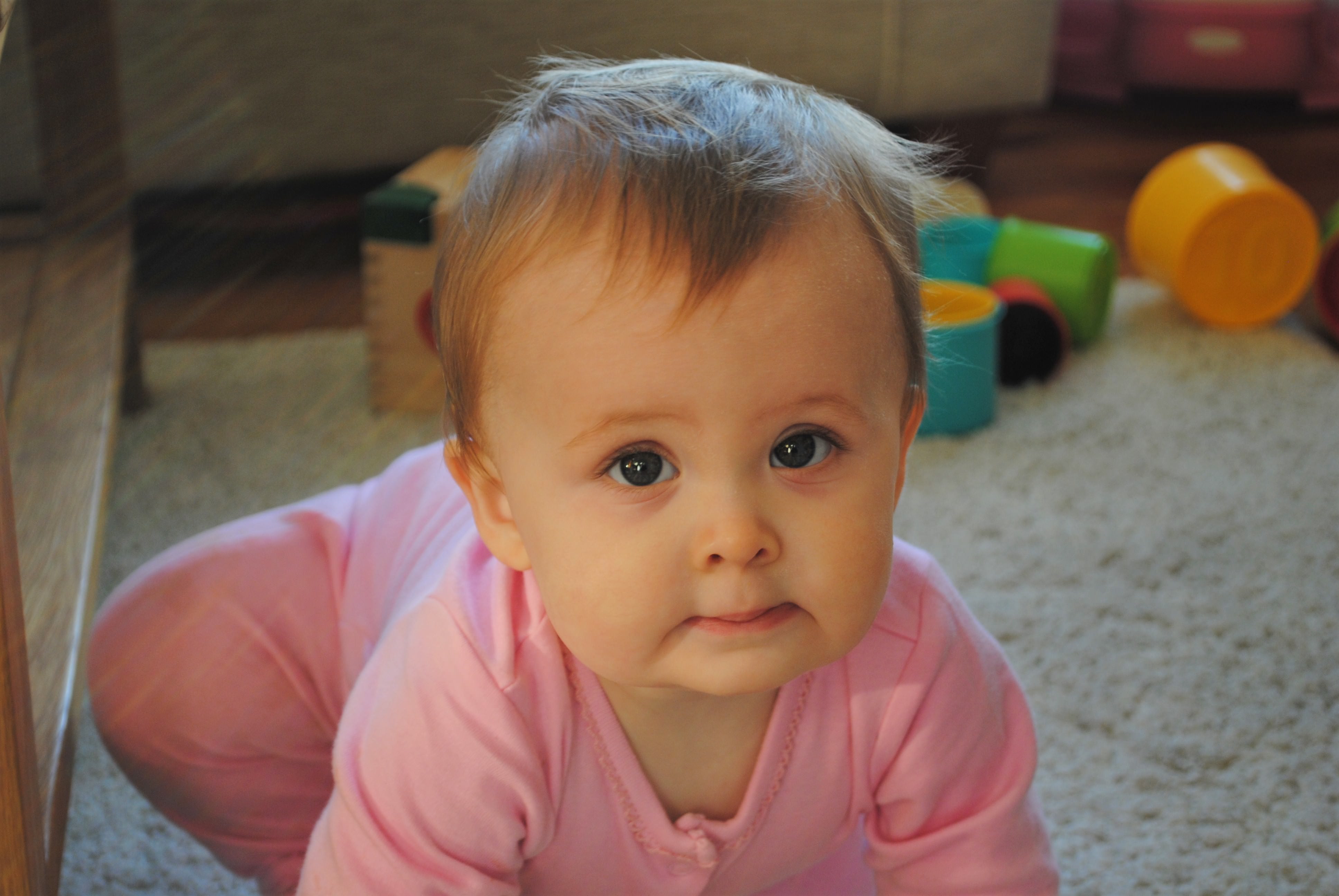 Eva has never been particularly physical, she has never felt the need to move fast or really get anywhere and even as a baby would be quite content to just lie in the same spot and do something static. To this day 6 years on she would still choose sitting and reading a book, writing  or doing craft over anything physical. She wasn’t delayed or anything, just uninterested and not at the forefront.

The one thing she never ever did though was crawl. Ever. I used to get asked, as you do when you have a baby, “oh is she crawling yet?” The health visitors would ask, friends would ask, strangers would ask and we would sit at the other end of the room to encourage her with funny voices, toys and snacks to make that move! She just never did.

At the time I recall being a little concerned, it was one of the things they asked at health checks, one of those markers that everything was ok with her joints and so of course we just wanted her to reassure us with that well known milestone. Having joint problems myself I think I was always slightly more aware than normal about these things and would wonder if there was in fact an issue. In hindsight I needn’t have worried really, I mean I know that they do these checks for a reason but sometimes, your baby doesn’t fit into that neat little box and sometimes, that’s ok. Because what she did do, was to find her own perfect little alternative. The bum shuffle!

At about 10 months old she started to lean forward for things and we were still sure this would be the start of a crawl, she would lean so far she risked falling on her face altogether,  yet somehow managed to put herself back again or she would somehow turn in a different direction to get near to what she needed. It was a labour intensive move for sure. This lean then became a sort of monkey like bum shuffle with one leg tucked under the other and dragged along by her outstretched arms. She would pull herself along and sit back up like she had the world at her feet. As time went on she got faster and faster and I can picture her now racing down the hall and through the kitchen at such a speed it would make me giggle at the mere sight of her.

It really was the cutest thing ever, it is one of the memories that I think I will always remember as perfectly Eva. Roma has always been very physical and did the standard typical crawl at just 5 months so this bum shuffle has been reserved for  my little Eva Dee. I remember the moments she would do it, the places she would be and the reactions she would get from friends and family too. I don’t have much video footage of that time but gosh I wish I did as it was just the most amazing sight and one of those little quirks that make them perfectly them and their character shine through yet before you know it there is no trace of it left and they are walking off into the distance.

As she didn’t walk until 13/14 months we had such a long time where this bum shuffle was a part of her that once she was walking I kind of missed this little move she did, even if I was the one to encourage her to not drop to the floor and regress to the much faster bum shuffle than the slow unsteady walk she had going on at the time. It’s what us Mummy’s do, encourage the progression even though deep inside we would like to stay at this cute stage for a little while longer and soak it all up forever. 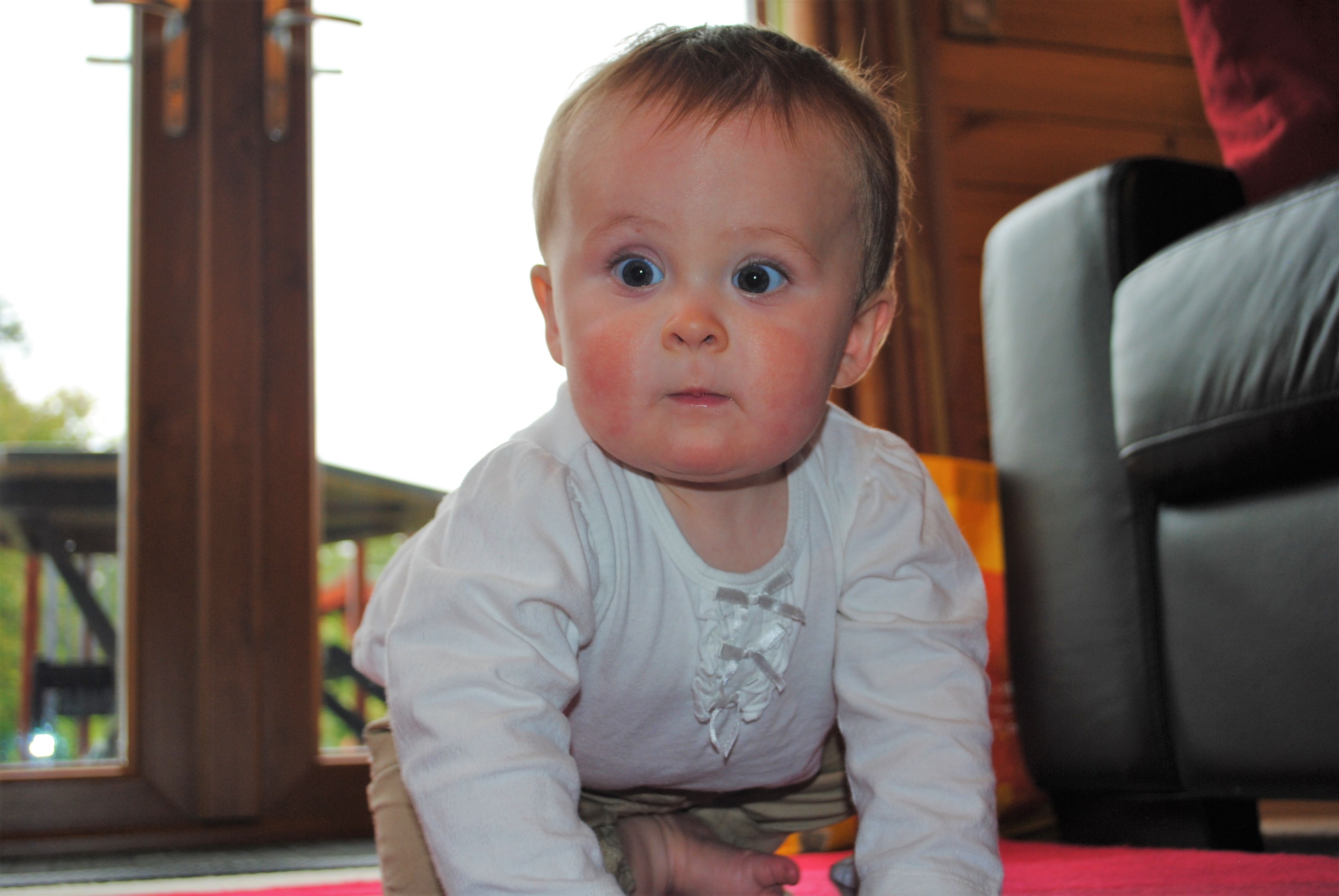 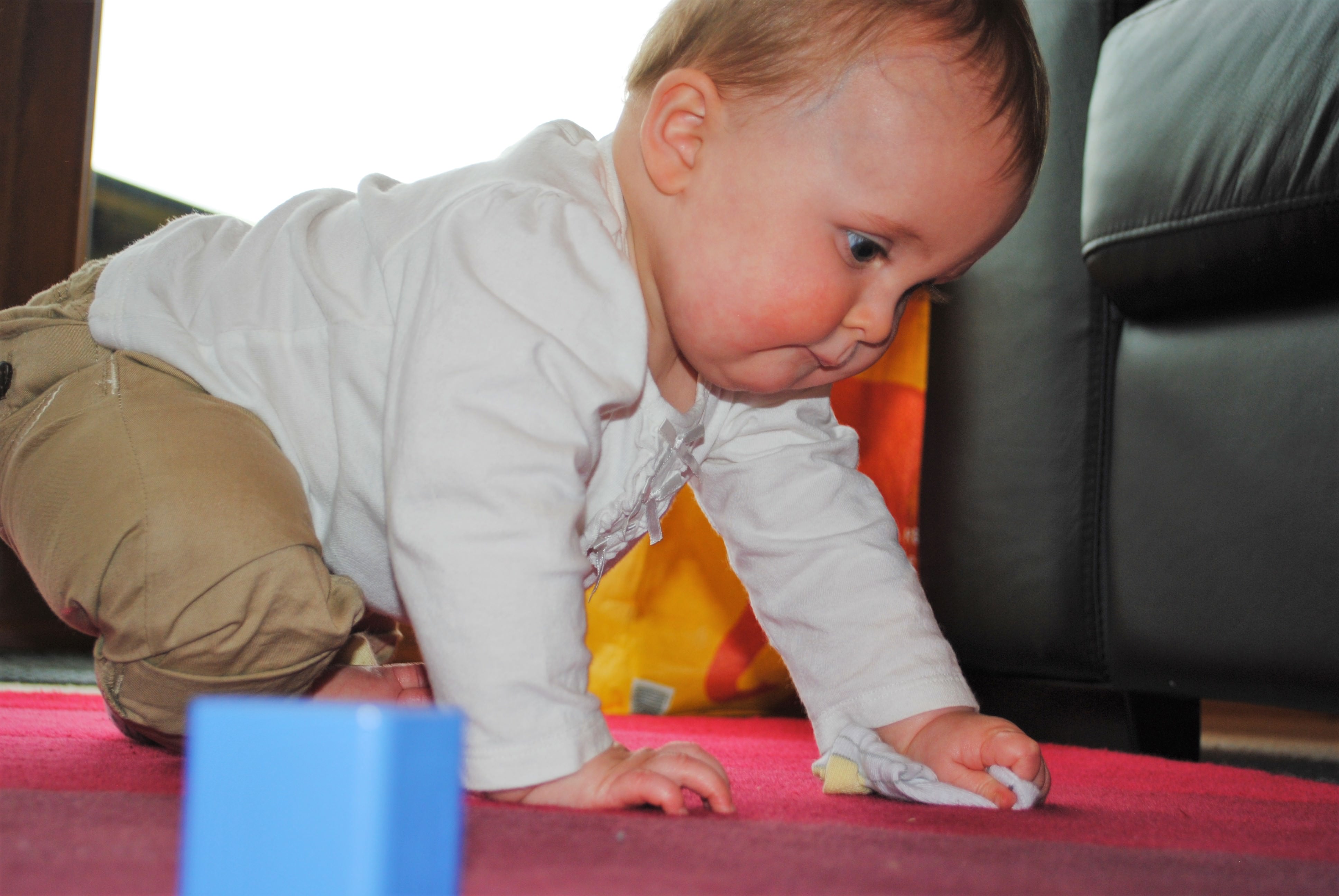 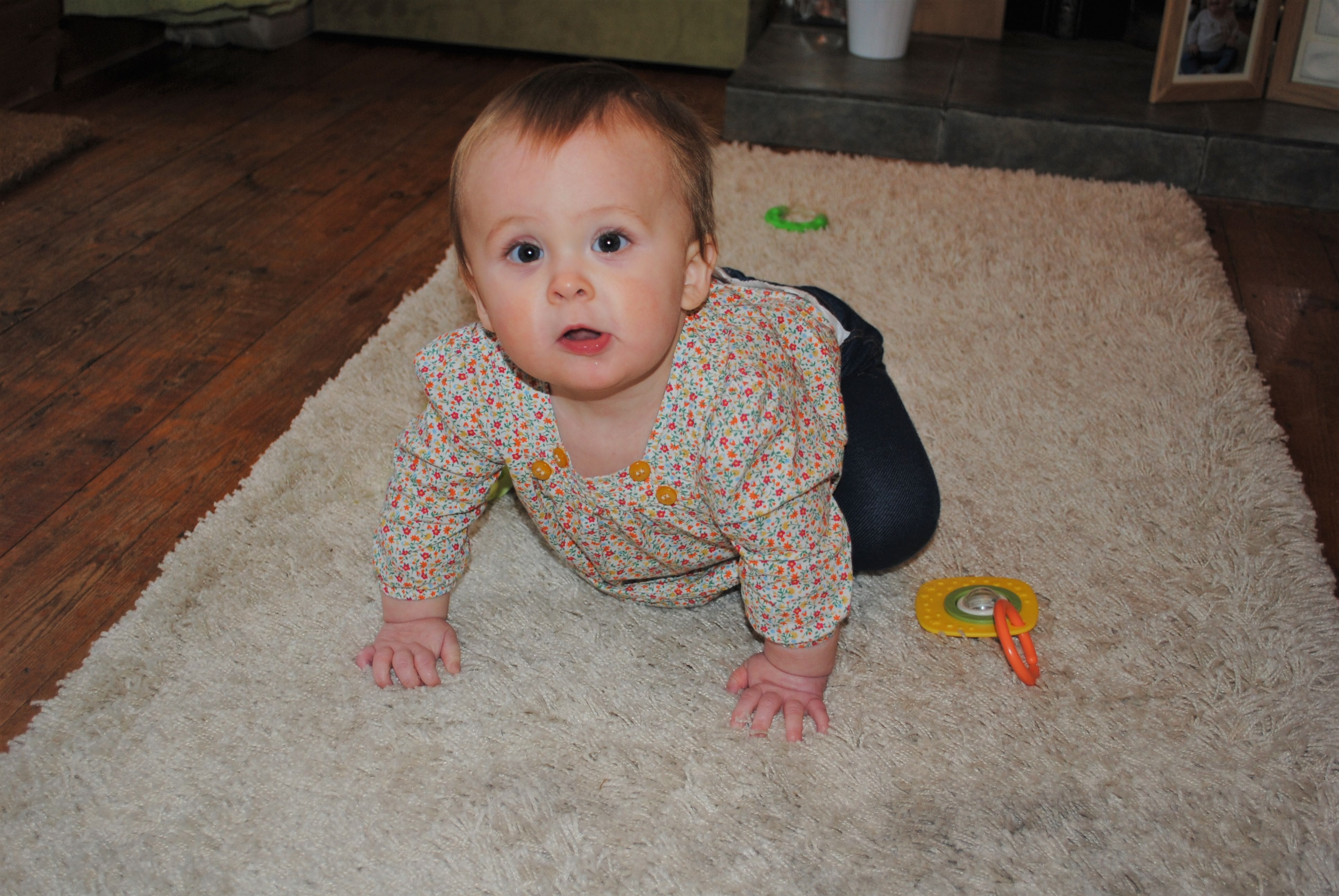 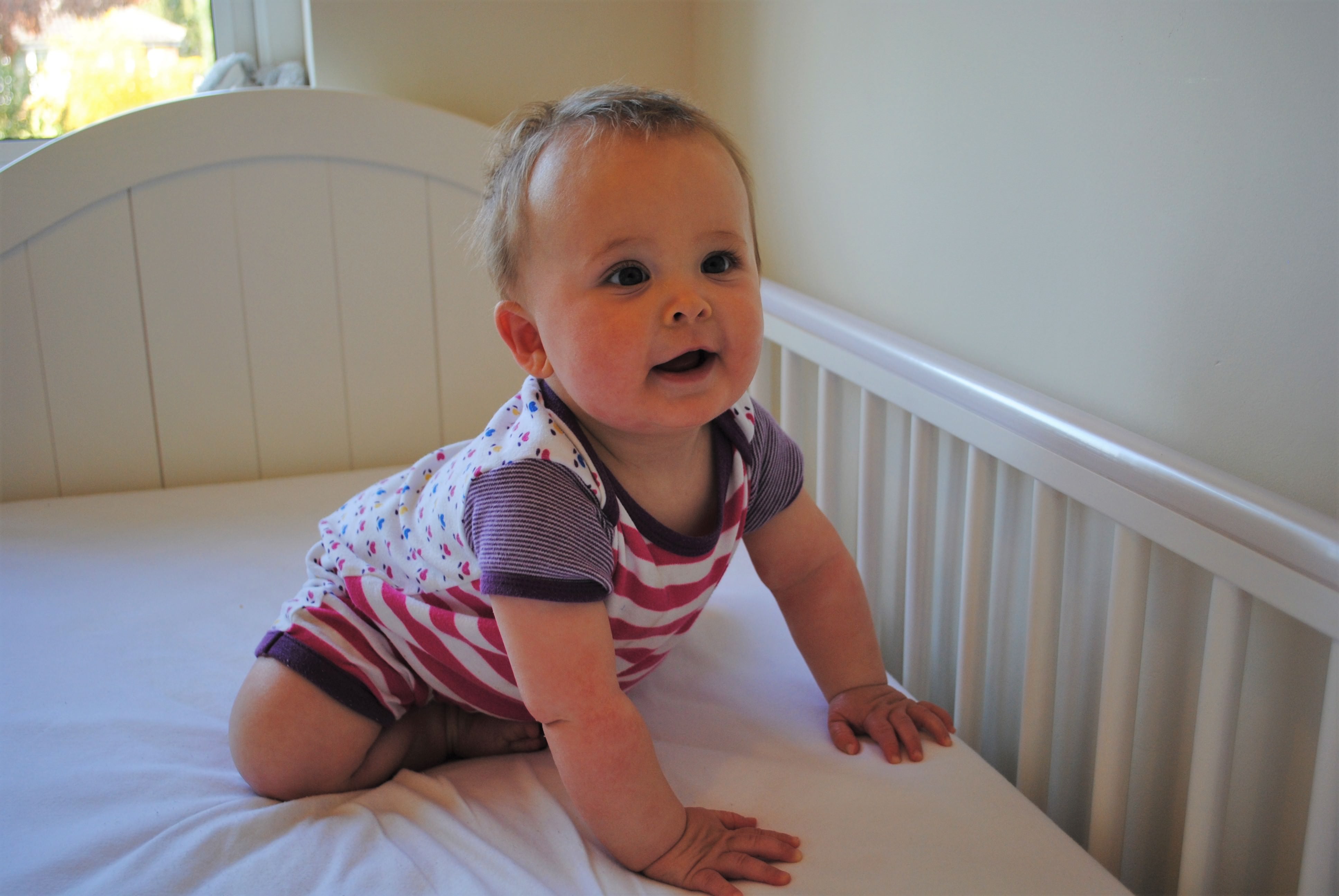