Honestly I was not sure whether to write this lockdown update. Week 9 and there are no new feelings, no new news (I have to confess to not really keeping up daily anymore, a quick BBC News highlight is enough for me right now). I have written about every week so far so it seemed only right and I guess very usual to just have a bit of a ‘more of the same’ kind of week.

What is there to write?

But then I say that and much of the same is still pretty interesting these days! Plus the fact I have photos to document, naturally.

I suppose the biggest thing of the week. Is the pool! We’re thankful for the sunshine. Again. It has actually been incredibly hot so we relented and got the girls a massive paddling pool. Mostly due to the heartbreaking scene that they made their own ‘beach’ set up using blue sports cones for the water after playing with an ice bucket stool! Love how inventive and resourceful they were though. Also super thankful for this area of the garden which spends most of the time in the shade. Perfect for really sunny days when they just want some respite but still to be outside. I say we. I mentioned that we should get one and before you know it Eddy is waiting on delivery of a pool bigger than the space I had allocated it. Or that was strictly necessary. Hero Dad status incoming. I don’t think the children have ever been so excited. They 100% underestimated the temperature of paddling pools in the UK though. As much as they craved water (and we did top up with buckets of hot water too) it lasted a very short time for purposes of paddling and instead became basically an oversized vehicle for the water they merely played with rather than sat in. Nevertheless it was fun, kept them entertained (always a bonus) and the joy and laughter is brought to the garden was adorable. Hearing them shriek at each other and share the experiences every day being in their swimming costumes before even brushing their teeth was humbling and worth every lost inch of that garden and huge water bill. 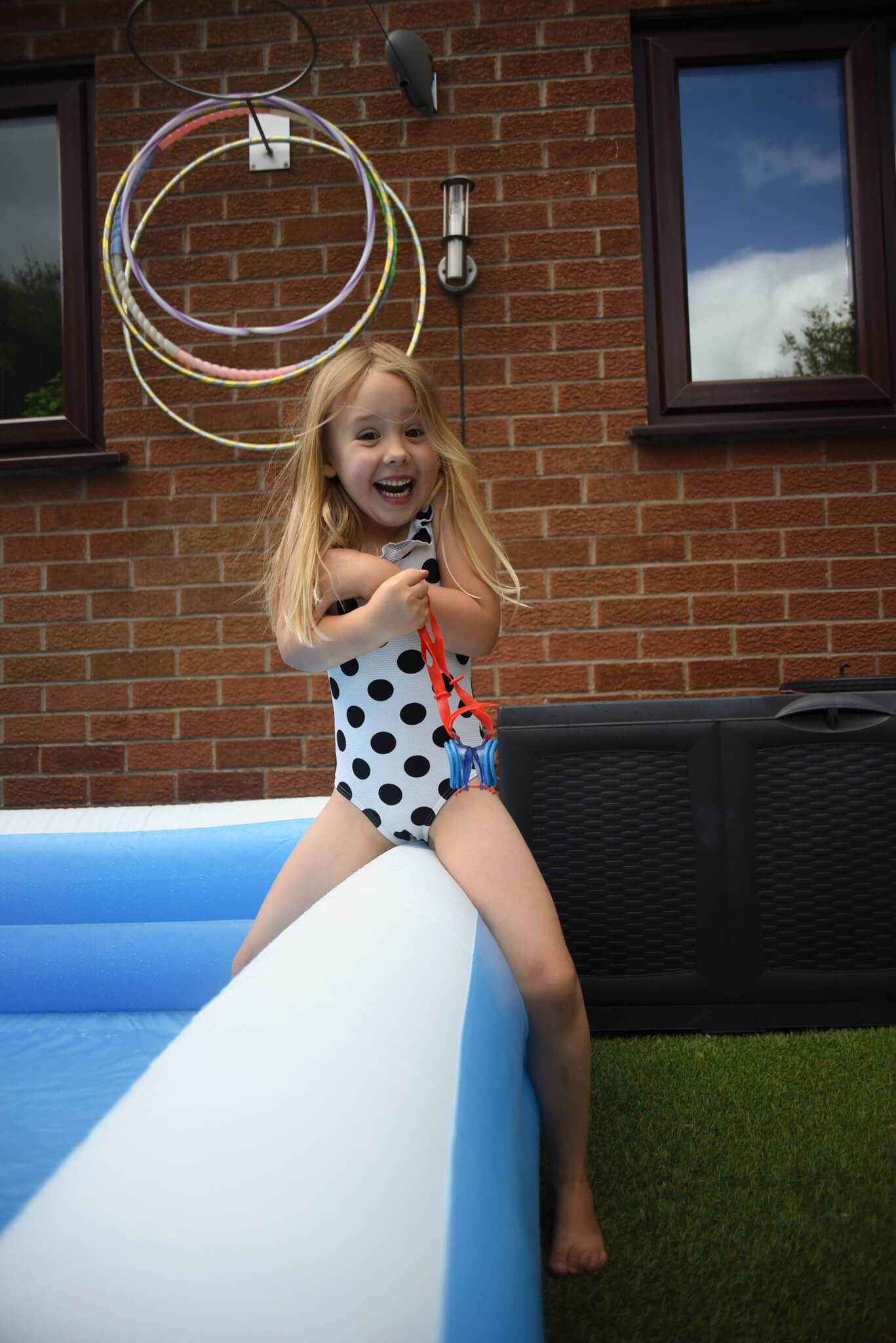 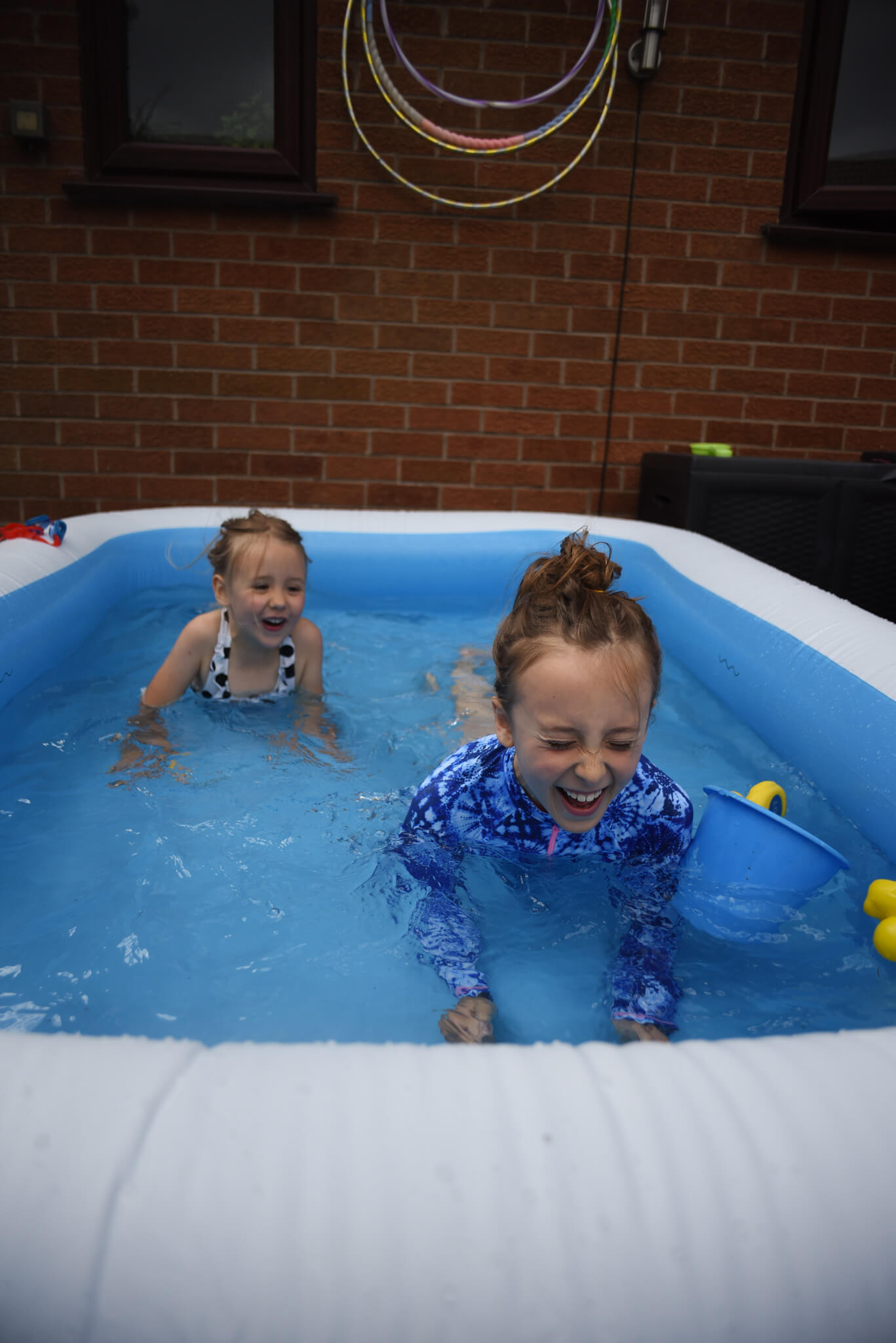 We used water beads to throw in watching as they magically expanded then over the next few days dissipated into nothing. The best bit of that was using sieves to get them out every night. No it wasn’t strictly necessary but gave them a job at the end of the day and cooled those tiny toes down before bed helping with the “it’s too hot to sleep” excuses that disturb our evenings sat in the late sun sipping gin and tonic. Nelsons NHS blue gin no less.

What also helps, in case you don’t know, is putting teddies in the freezer for a few hours before bed. Basically the opposite of a hot water bottle. And opening the loft hatch. The latter made an enormous impact although people on Instagram seemed to be worried someone would come down it which had never occurred to me and my usually overactive imagination but also made me laugh like opening a hatch with no lock (in our case) might be too much for someone but have it open and ta-da intruder invitation notice sent!

The girls (ok and me too) took part on the biggest online art class with Rob Biddulph (who’s Draw With Rob videos we have been loving and spoken about before) and are now officially record breakers thank you very much. Along with 42000 others but still. Certificate to prove it and everything! 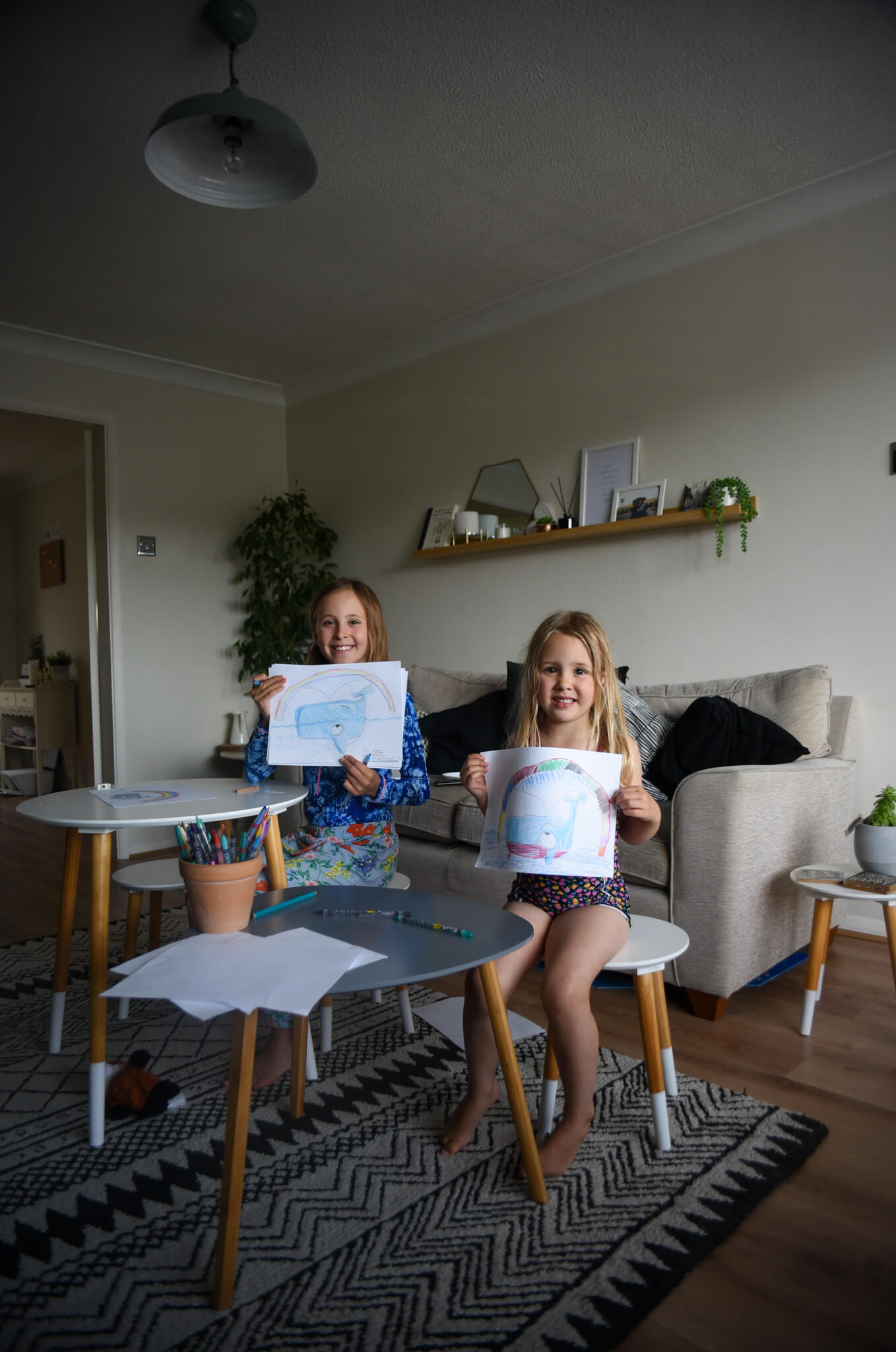 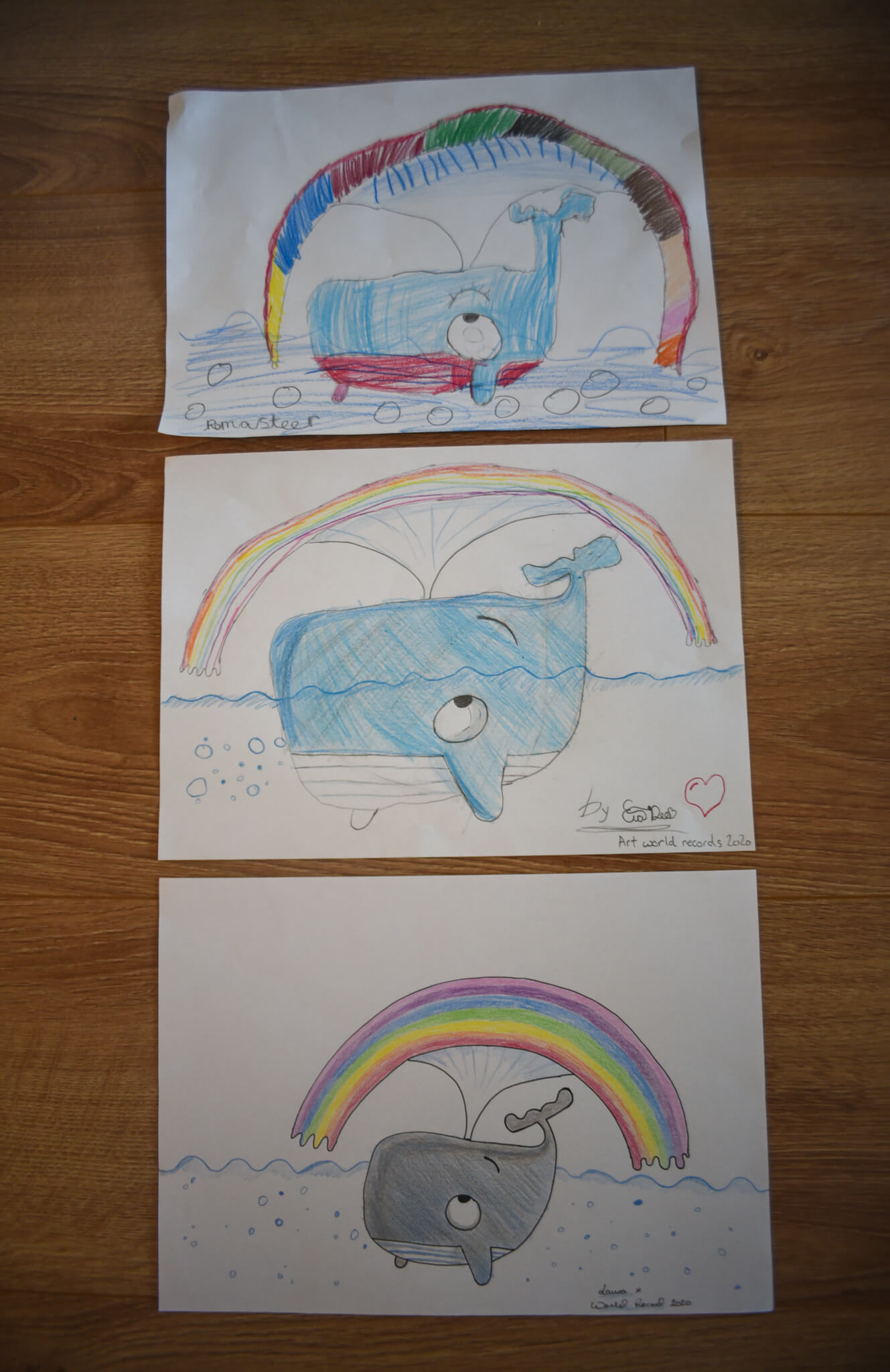 Eva also had her first Zoom assembly for her class and proudly told them all about being a record breaker. It was so good for her to see everyone and have something to talk about after, a massive morale boost that she really needed. The classic school/parent divide was clear to see as she got all shy when talking to her teachers and we were there. I had to pretend I wasn’t listening whilst smiling to my self in the other room! She’s growing up so fast. I don’t know about you but the way we bring any kind of excitement to daily life these days is food. It also helps me not lose my mind at making yet another meal. I think restaurants will be busier than ever after this just for the fact that we don’t have to do it ourselves!

We have always been foodies, I am massively into nutrition and with a child who has allergies and a conscious effort to eat more plant based our meal plans take great consideration, interest and family input. The girls help cook as I pretty much always cook one meal for us all (I definitely don’t need to add separate meals into my demands) and I do hope it instills a sense of the foodie in them too.

So although I have a food few posts coming on what we eat and where I get my recipes from (because as much as I love food I am no chef and mostly always inspired or follow recipes of actual professionals!) I thought I would share here too. This week we made our own almond and Maple and Pecan pastries (with ready made JusRoll pastry that is) and they were so delicious. Just about making up for no cafe ones for sure.

Also, if you take it out on a walk, along with a coffee in a take out cup it almost feels like a proper outing in a somewhat normal life rather than the same 6 streets you have walked every day for the last 9 weeks! It will change your daily walk I promise. Could help too if like me you are now a proud owner of a smart watch and walk for the purpose of checking that dial clocks your step goal as much as for your health and mental wellbeing! A selection of dinners include Salmon Noodles chorizo, Salmon is my absolute favourite and the reason I could never be fully vegan. And Eddys favourite Mediterranean Basil Pasta. 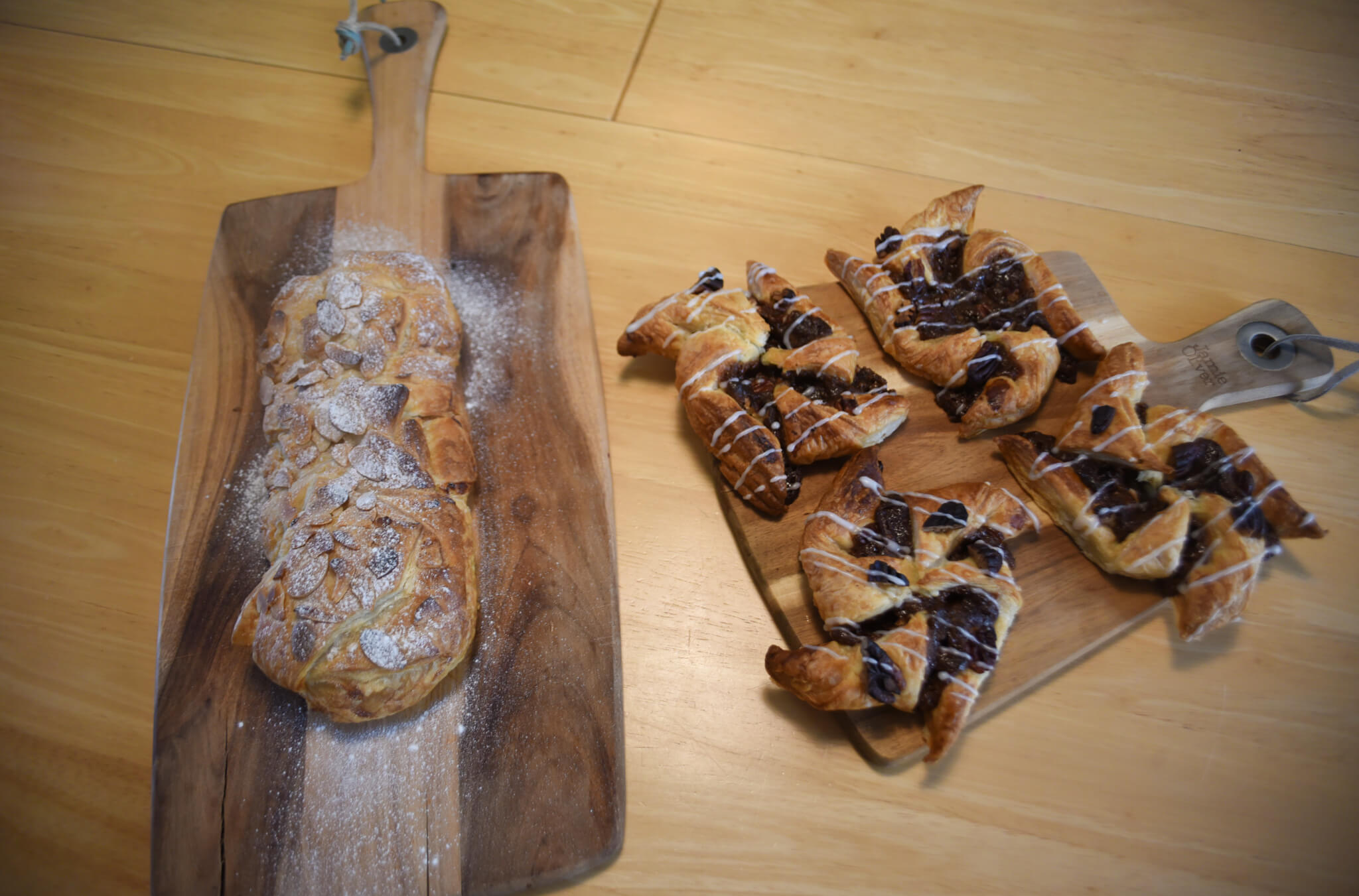 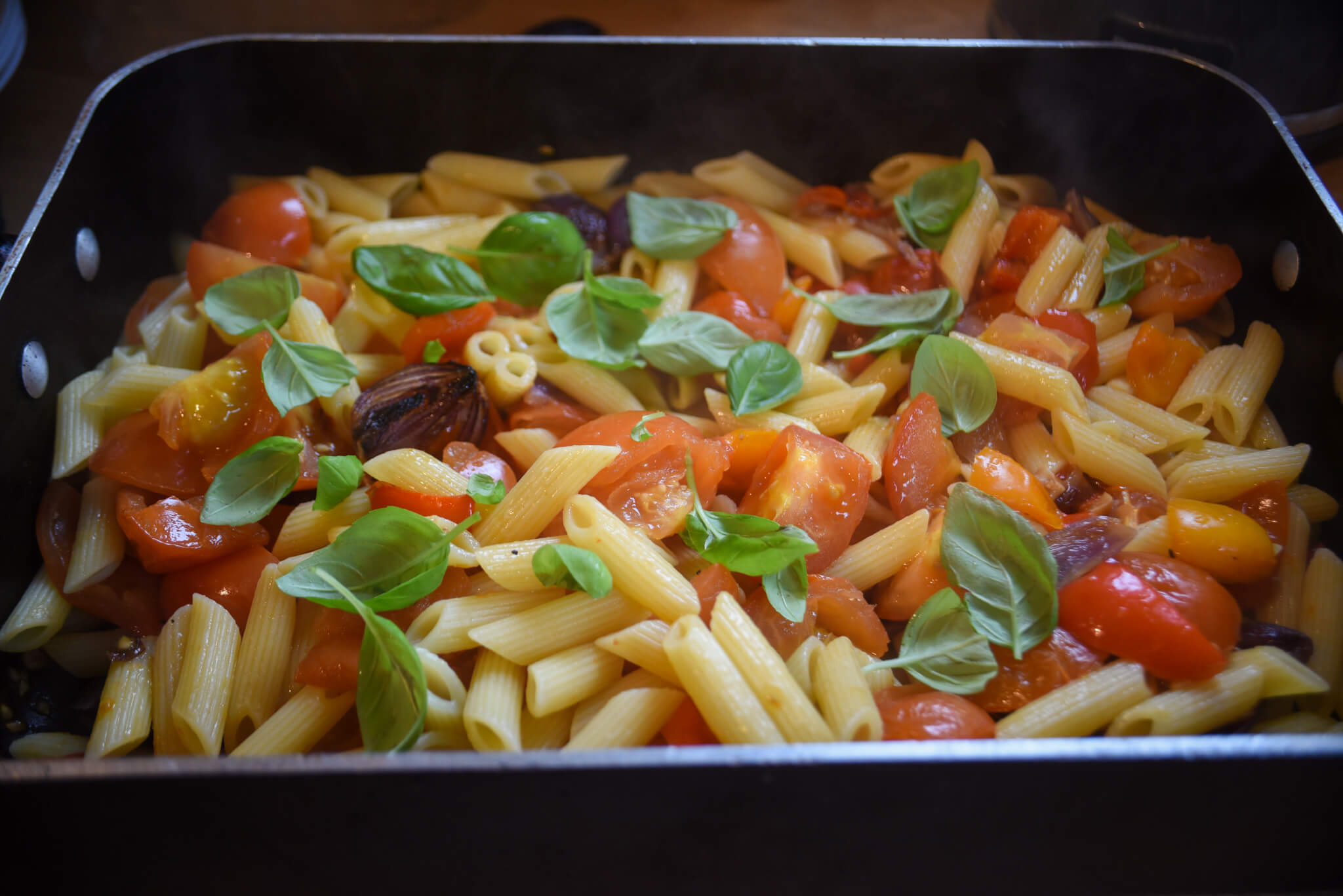 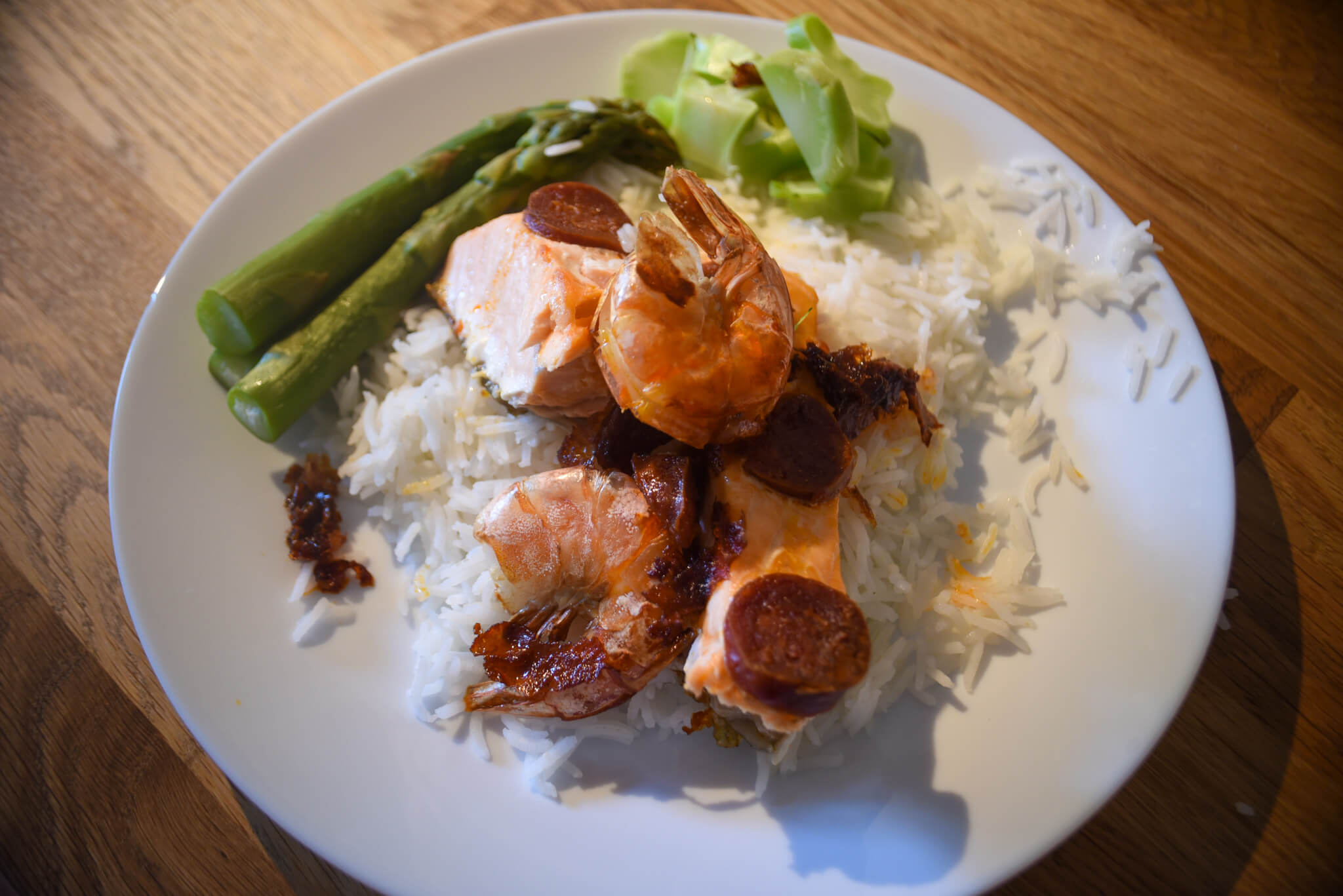 Last but by no means least. On our walks we spotted a huge (and I mean life size!) teddy in the drivers seat of a car. We have since found they change it up weekly with theme and different dress up. Turns out it is the most fun thing for the girls to spot and yet more ‘keep walking’ encouragement of which we could never have enough!

It sparked a conversation of a big Teddy I had given to me as a child when in hospital which I thought was still in the loft. Fast forward a day and being asked 7836 times to go and look by Roma and she fell instantly in love. She was amazed and obsessed and would not leave it alone or be parted from the unnamed soft toy. It was quite possibly the best day of this teddy mad childs life. She loves Teddys even more – or possibly the same as – dinosaurs and if you know Roma, that is alot.

She introduced it to the now former ‘big Teddy’ relegated to medium Teddy (ever inventive with names this one, the owner of Grey Rabbit!) and yes that is a pretend dinner we have set at the table too. OH Roma! What would we do without you?

The insistence to take it on our walk too with a promise of “I’ll carry it all the way Mummy I will” followed by the tears that have me relenting every time and guess what? Yep. Approached the return to the house with said Teddy under my arm! 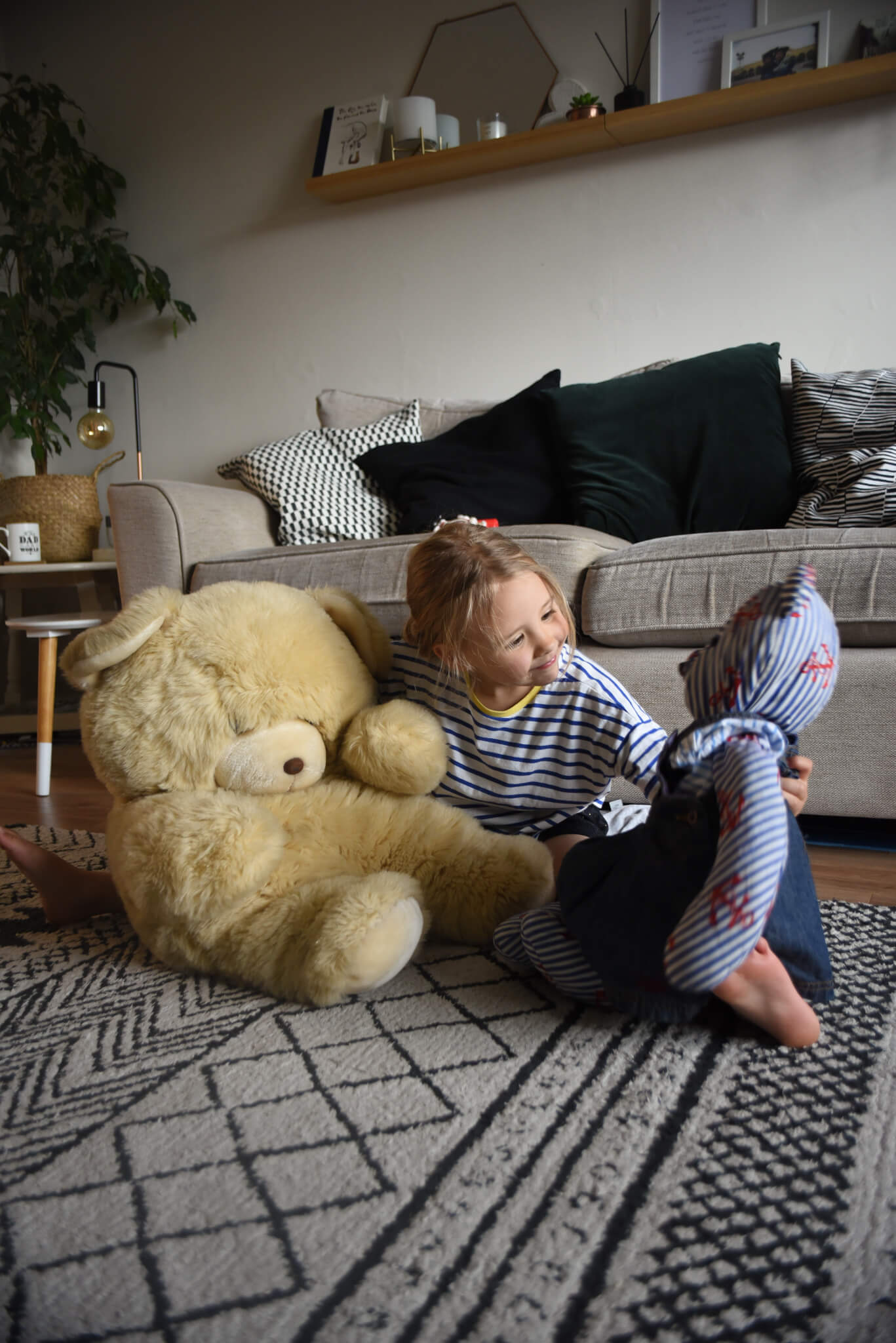 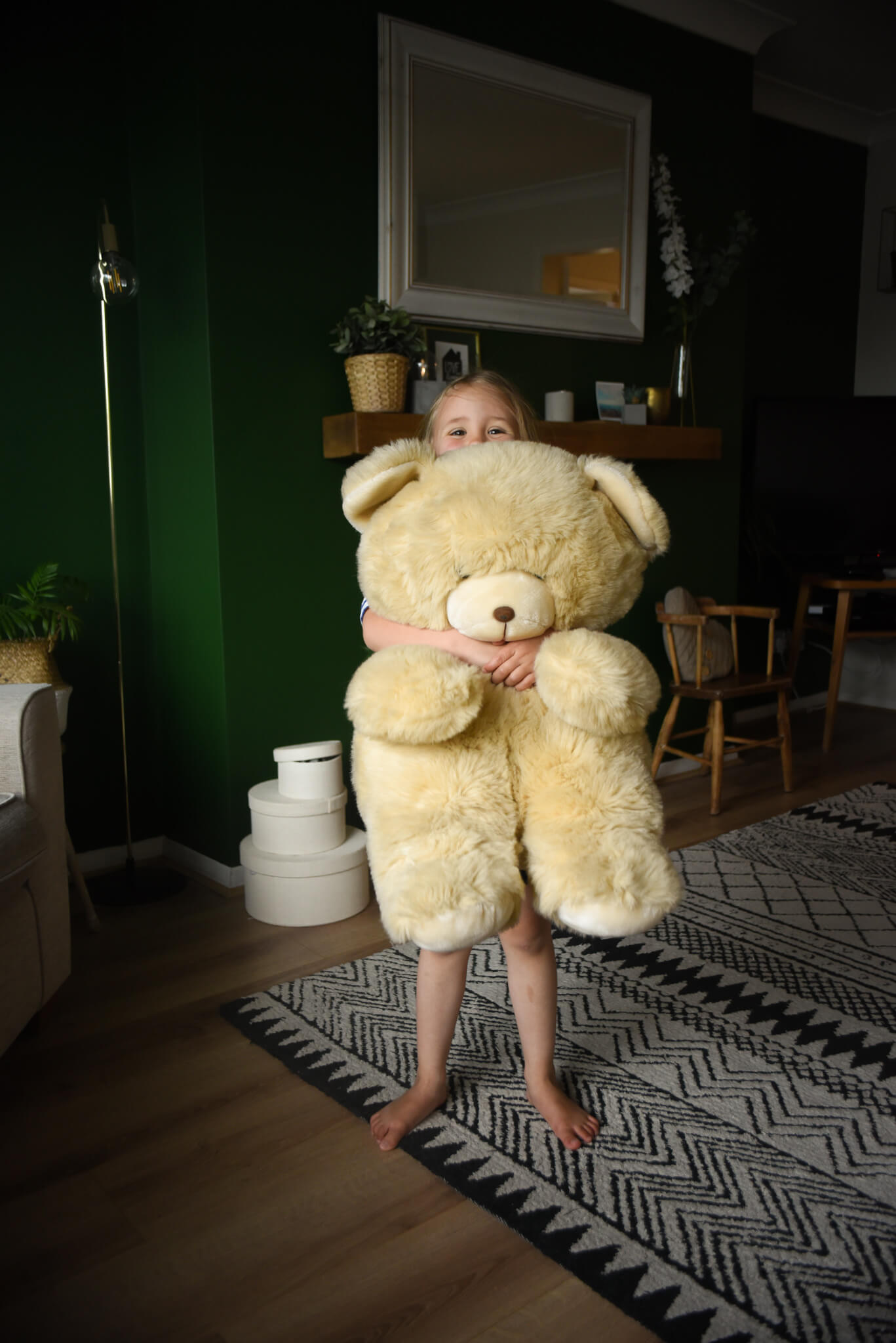 So another week of more of the same but maybe that same isn’t so bad after all. And hey, next week is half term so it will be more of the same but without the guilt that comes with what I should be encouraging them to do! After not taking any kind of break for Easter in fear of ‘getting back into it’ I must admit to being very excited for the break. 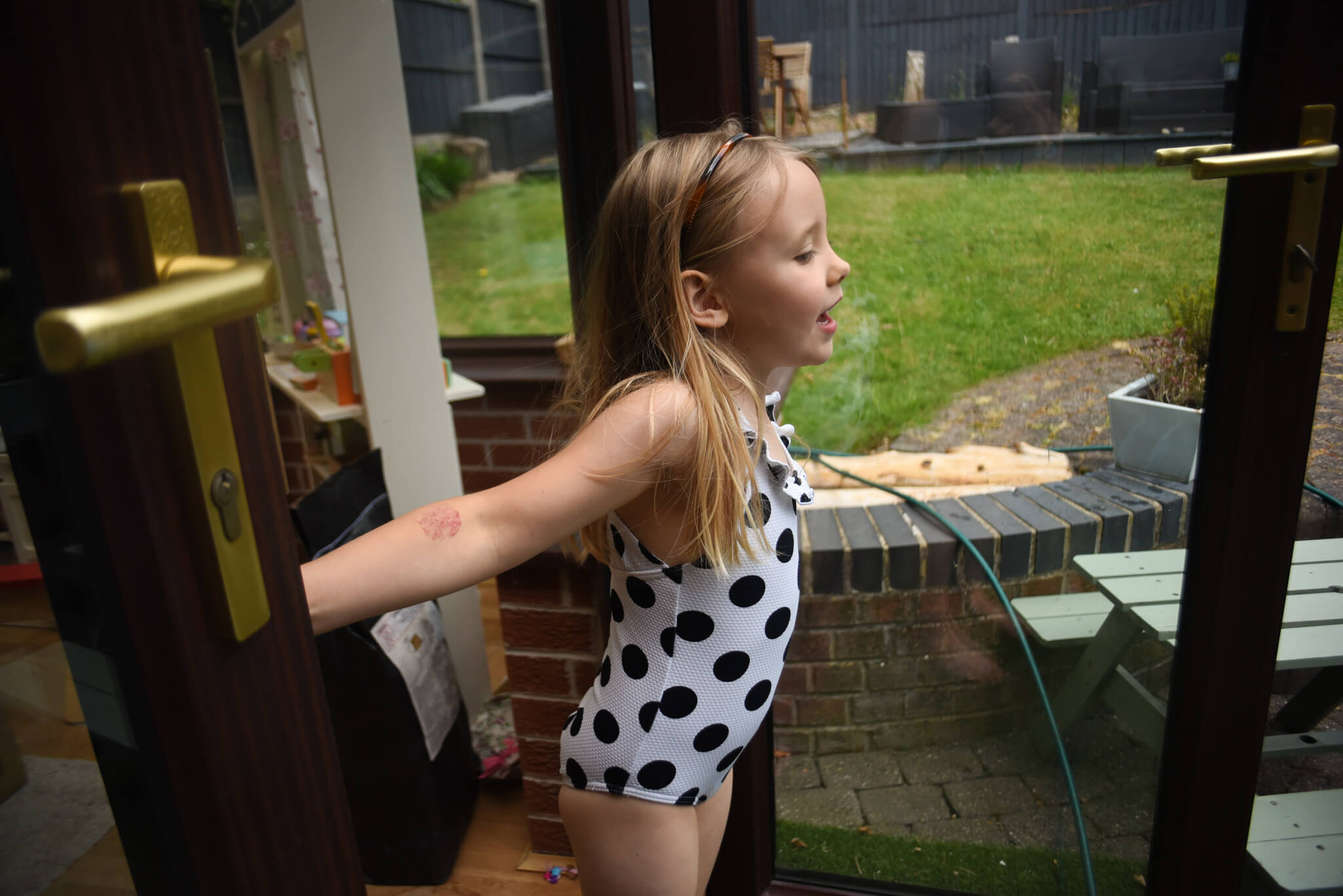 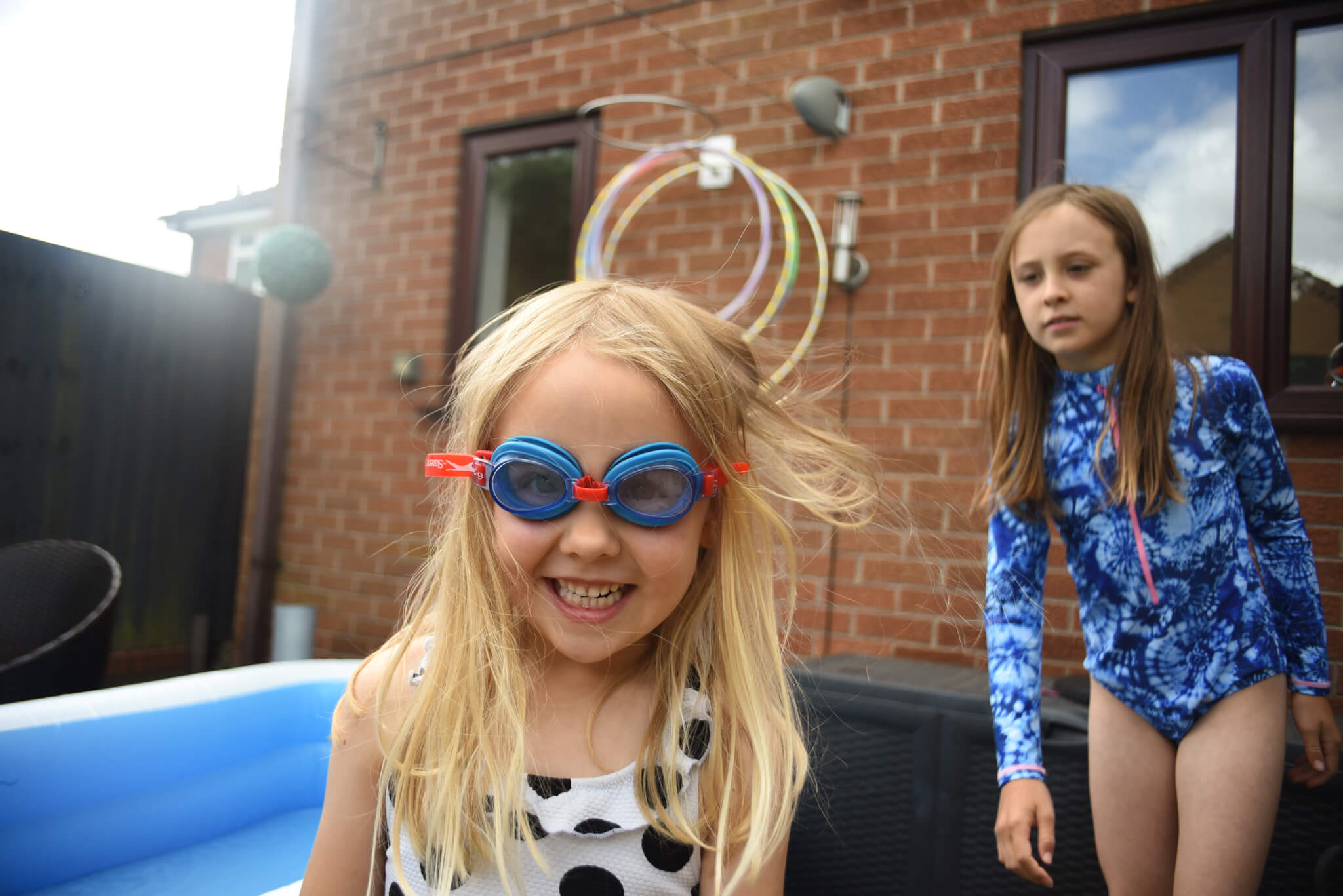 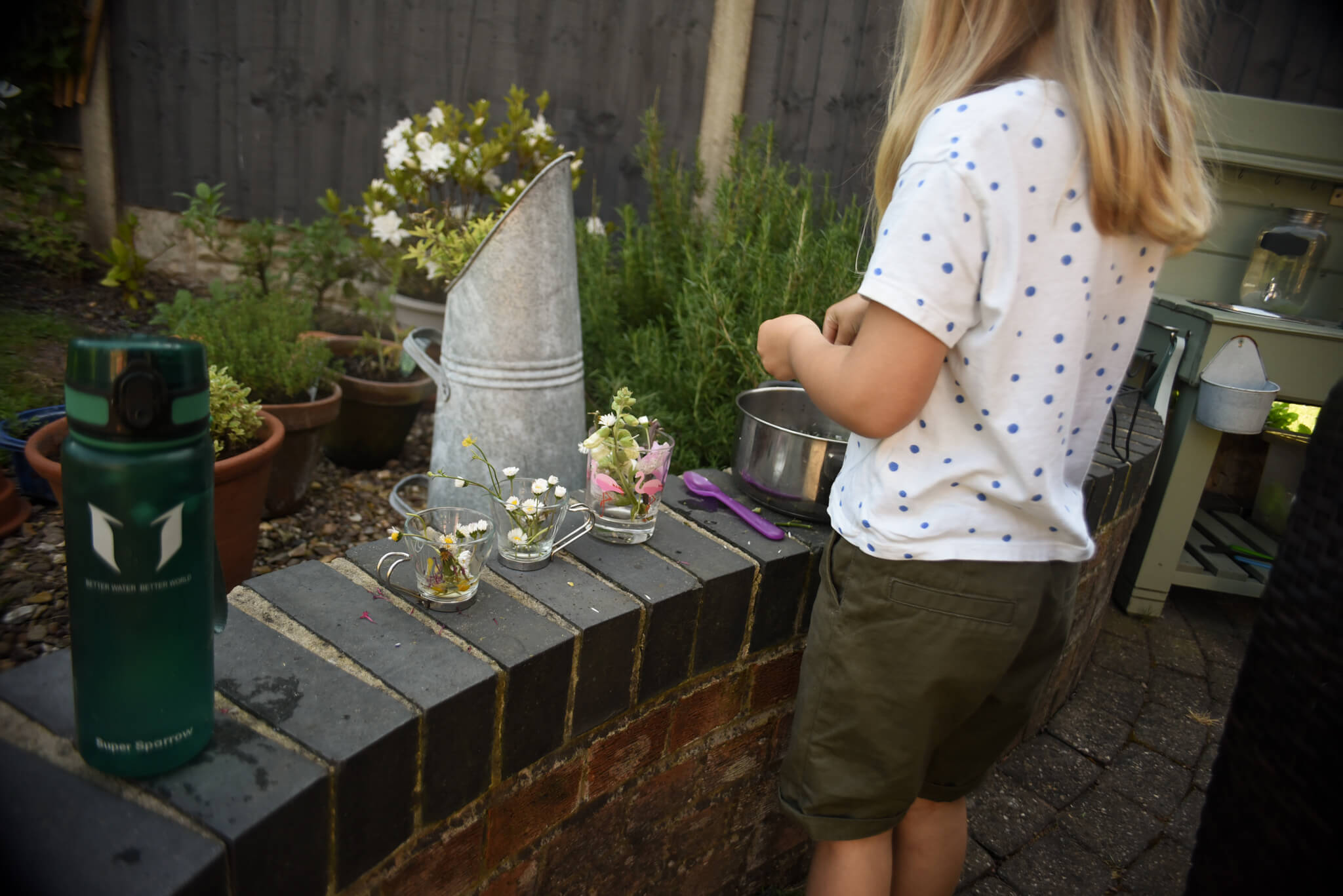 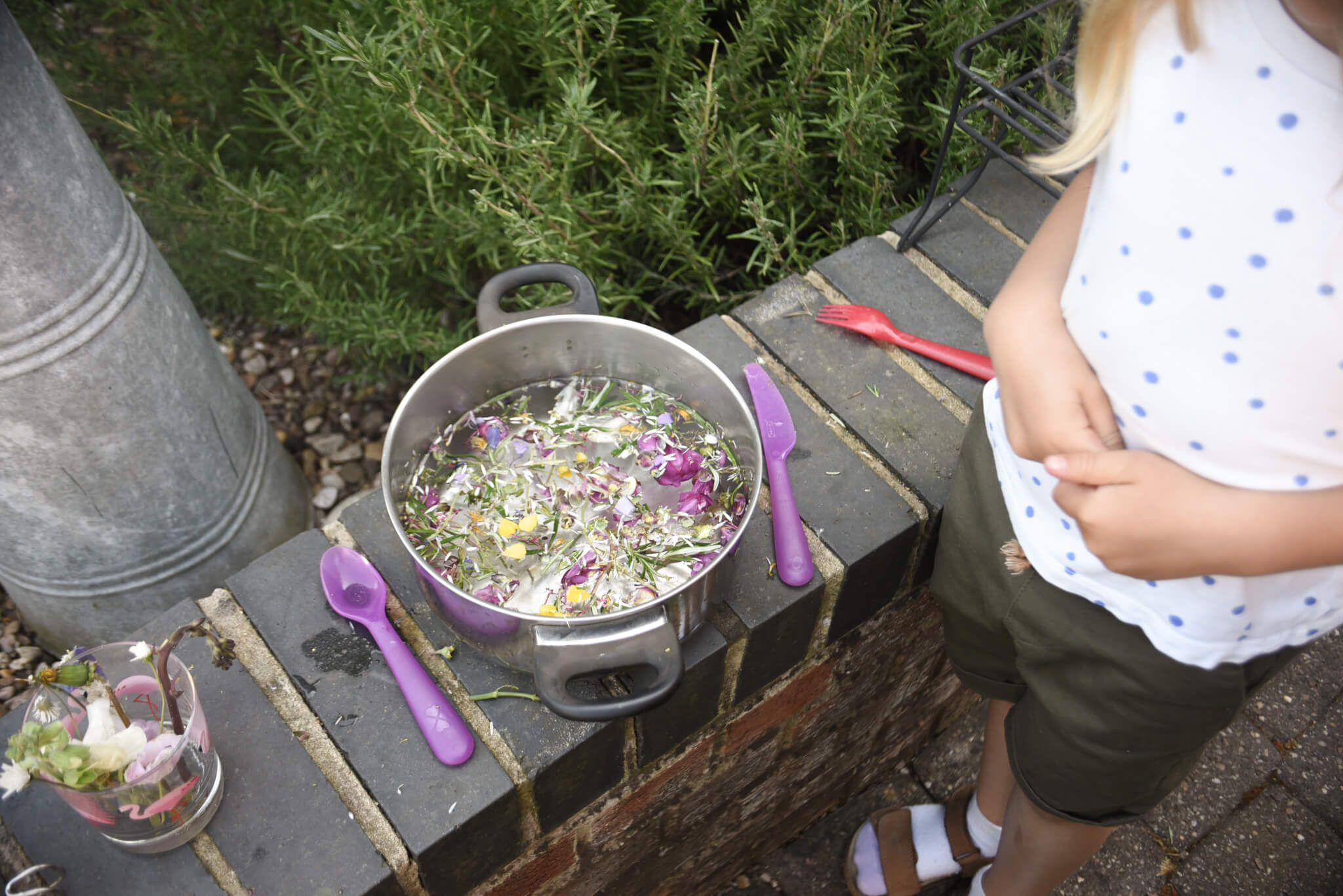 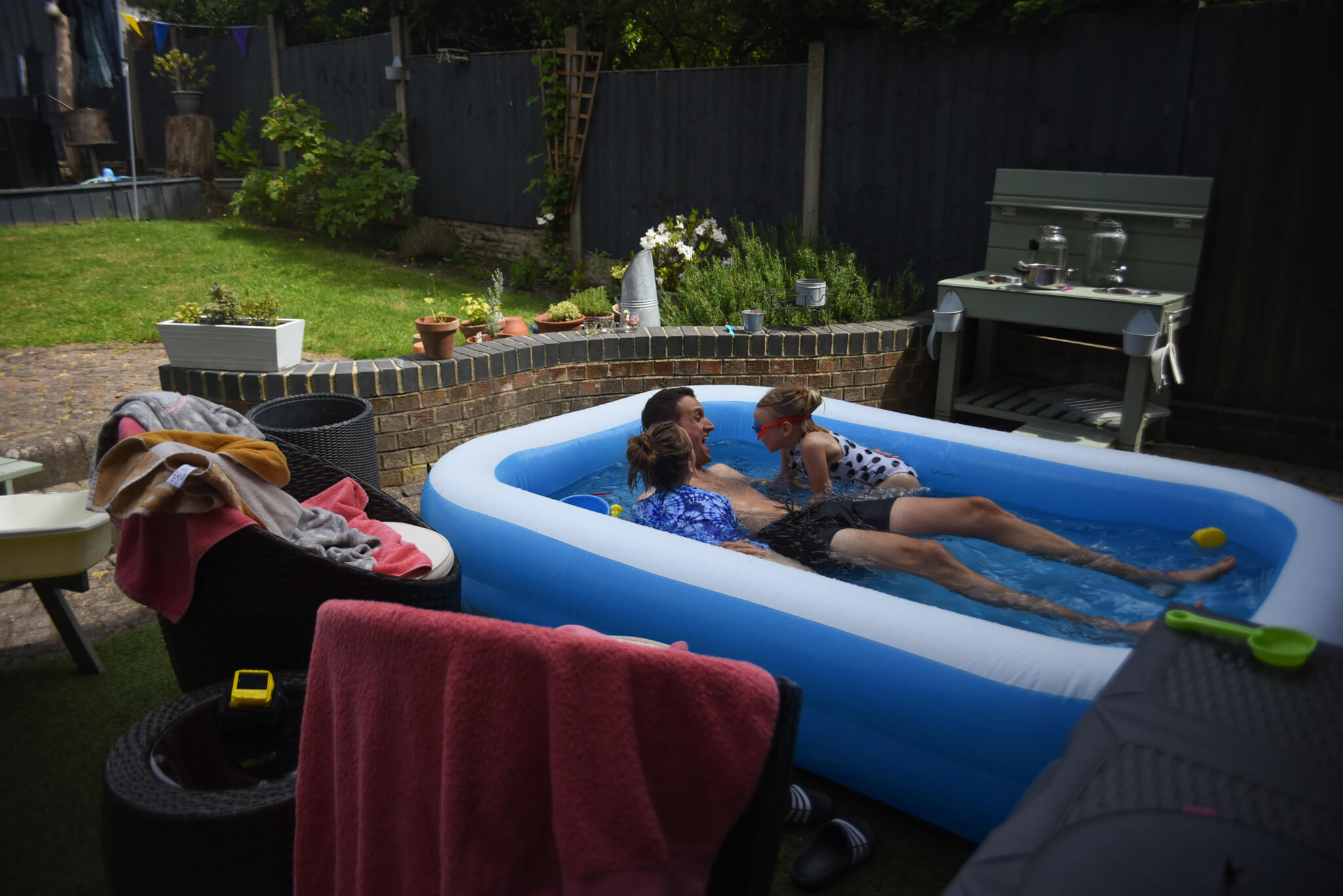 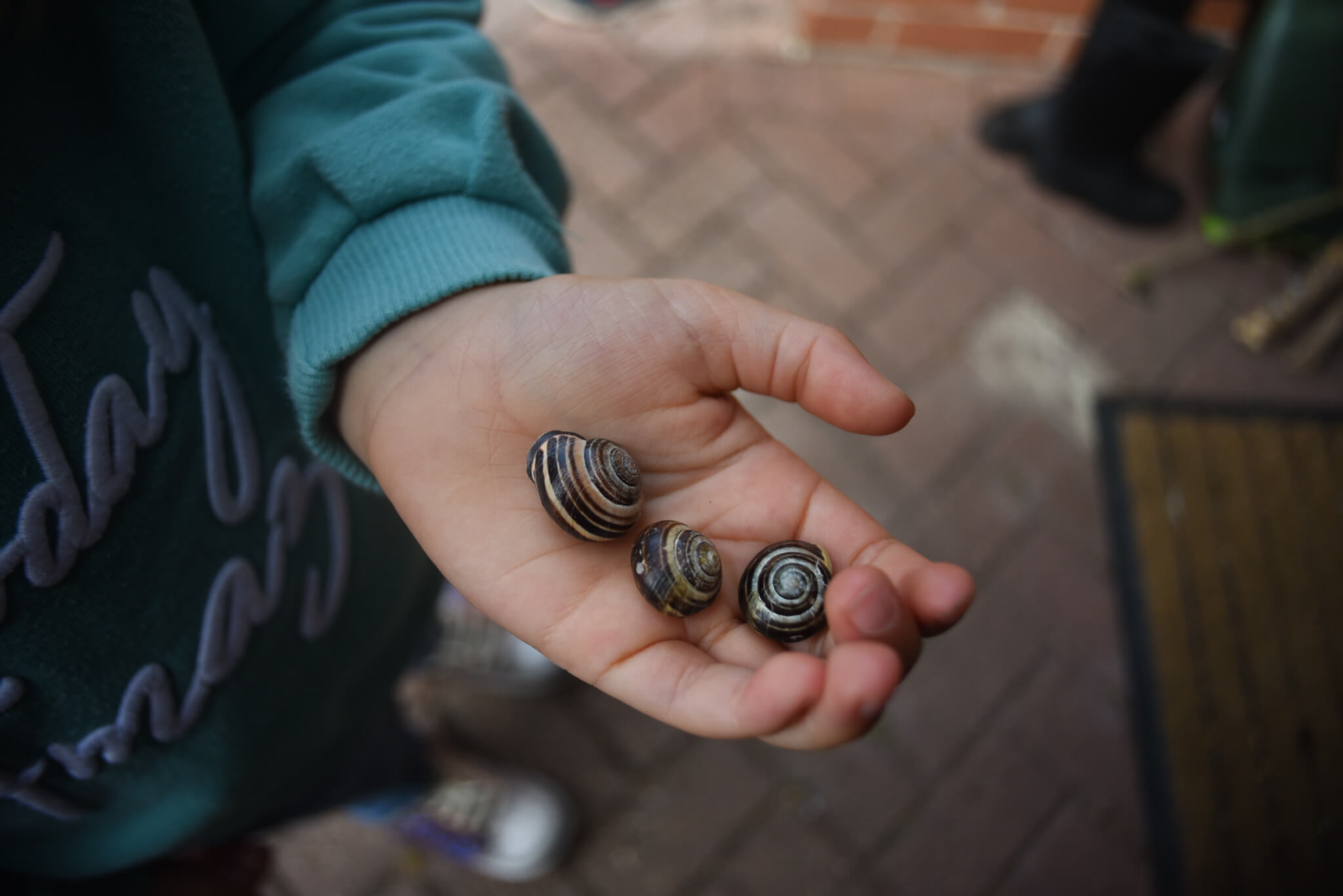 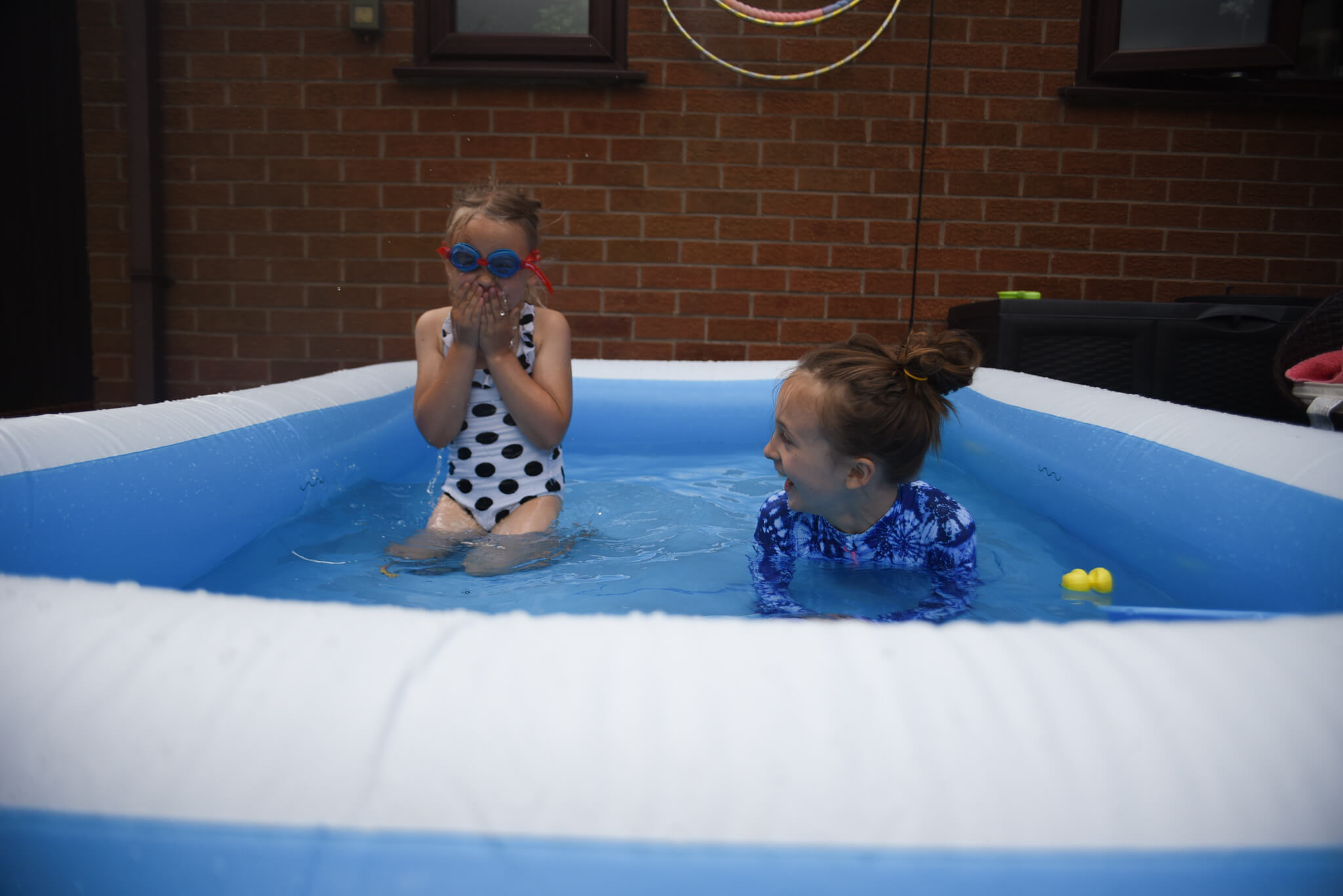