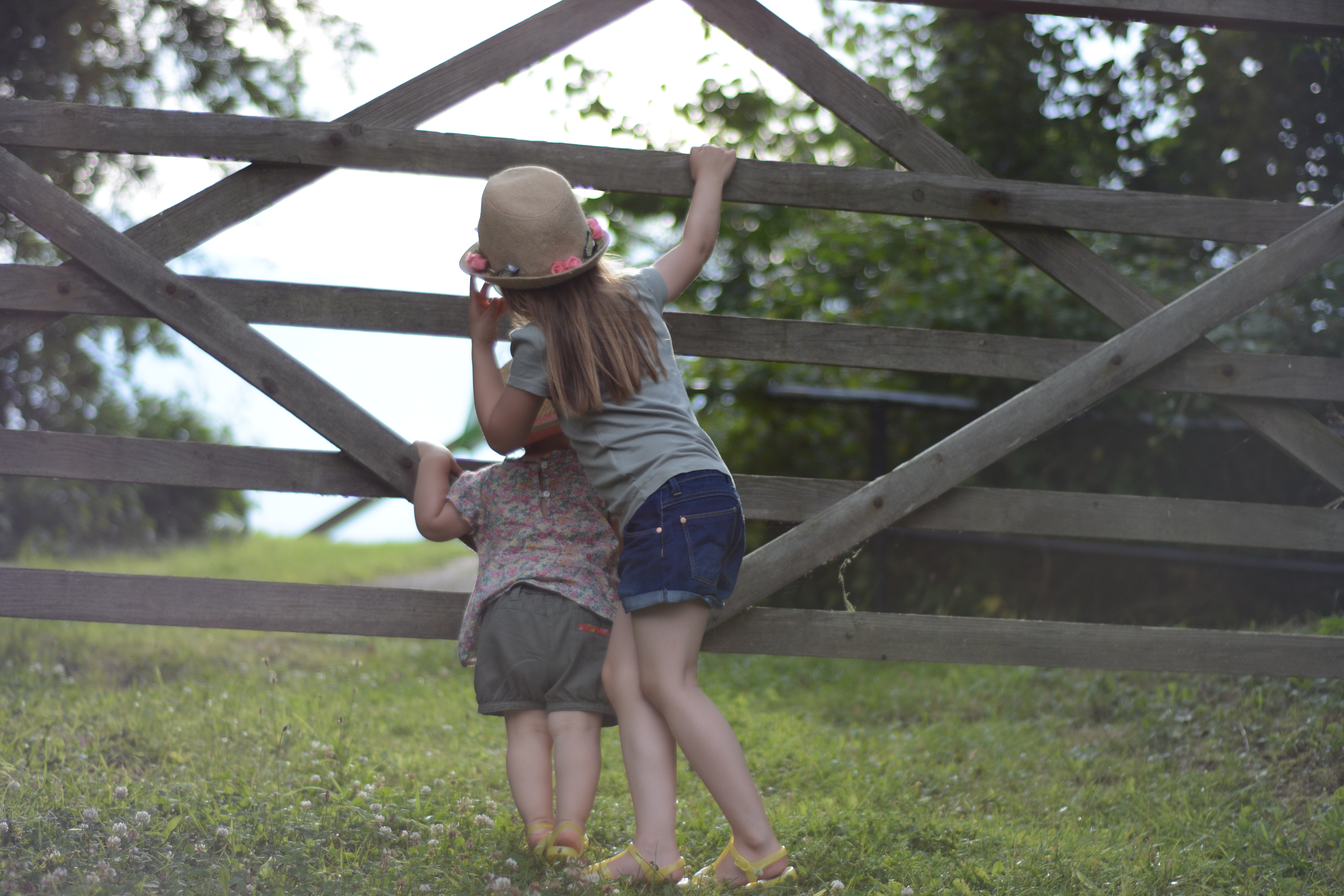 Two weeks ago today I had a tonsillectomy, and I know it seems strange to refer to an operation as “me time” but you see I am not very good at the whole me time thing. I am so aware of how days, weeks and years fly by with young children that I find myself just wanting to make the most of it, to make their world a perfect place and try to soak up every moment, enjoy it and not miss a single second. In any spare moment I like to have the house clean and organised, tick off the to do list and to just keep life going. Of course I know it is important and those moments when I find myself telling the children to “just give me a minute” after their 100th question or I have had a running commentary of their day without a single second of silence to even go to for a wee or think what’s for dinner, it makes me realise that I need to make time. To see the importance, the value, of switching off and getting my head straight. Yet even when I do have some time I have a huge problem with Mummy guilt. It isn’t something I consciously do but I am constantly worried about the person who is looking after them and if it’s a burden on them. That I should probably just hurry back or maybe I will just sort out that homework project Eva needs to do. I would never ask unless I needed someone and not just to take time for me, I mostly spend it worrying when I should get back.

Going into my operation I tried to put in place plans, childcare, clubs, meals, school information and everything anyone would need to take care of the children without me. The Mr took charge and had it all in hand so I could concentrate on myself and getting through this. And what I ended up with was real me time, in a sense that I had never experienced before. I knew that this was necessary and I was of no help to anyone so I let it go. There was no guilt (ok mostly no guilt) no worrying if they had eaten well or had their medication or how they would go to sleep or when I should be back to look after them, I had to give it time. I didn’t think about work or the house or when I was going to tackle the to do list as it wasn’t going to be any time soon. I thought about nothing more than watching Greys Anatomy, about when the next dose of medication was or looking forward to the times my Little Ladies came in to give me a hug and lie on the bed with me. I drank countless numbers of hot drinks, read magazines and newspapers and scrolled through twitter. It was strangely wonderful.

Don’t get me wrong it has been a really tough recovery and is true when they say it hurts. A lot. I lost my voice and spent 8 days in bed pretty much all the time. Sleep was tricky as I would wake up in the night in pain and not able to take anymore medication until the morning. But I ate and drank as much as I could even through the searing pain of swallowing, kept on top of my medication like they told me to and have managed to in the grand scheme of things come out relatively unscathed. I am two weeks post op now and although I still have pain, my voice isn’t back completely and my throat is so raw that acidic foods are a no go until it completely heals; I’m only taking the odd paracetamol and feeling generally ok. In fact as soon as I came around from the operation and through the bad reaction with the codeine I felt like a fog had been lifted. Like these two things that have lived at the back of my throat infecting most weeks with a groggy feeling I could never quite shift, the two things that the surgeon said were full of infection and tonsils stones had gone for good and left me feeling lighter.

It should have been a day case surgery but due to the fact that I seem to be sensitive to all medication they wanted to keep me in and as I sat in the silence of my room watching the sun set I felt a sense of calm and peace, of perspective that I could get through this and it would be totally worth it. Of course I wouldn’t suggest having an operation in order to achieve it but I realised I could appreciate the good to come out of this after all.
After 10 days though, enough was enough. Just as though sometimes there is only so much Row your boat you can sing, pretend cups of teas to enjoy and mornings of soft play ‘fun’ to endure- there is only so much time I need on my own, only so much thinking I have to do, now it was time to live. As I could hear my Little Ladies head out the door I longed to be the one to ask them to put their shoes on, to check we had everything, to laugh at their mischief and be exacerbated by the opinions of my 5 year old. There was a deep feeling in my heart that I needed to be there, I wanted to be there. The last two weeks have made me appreciate the good that is motherhood too. I missed talking with my babies, these two weeks they seemed to have changed so much and I felt privileged to be there with them by the end of the week. To do the dreaded school run, to read books and I’m almost ready to sing songs too. Hopefully this operation will mean that there are less bouts of illness that knock me off my feet, I can be present and well for years to come. Parenting is hard there is no doubt about it but it’s also the best. I have loved my time to rest and recuperate and now I’m ready to get back to what I love the best. Being mum.

As I picked Eva up from school on her last day I was so happy to be back to being mum that I had taken a picnic and decided we would go to the park and stay there until the mood took us to come home. No phones no distractions just us. It was utterly amazing, we played, I watched her interact with her school friends and watch the littlest run around the fields picking flowers for us like she always does and following her sisters every move. For the first time Eva actually went off with some children from her school, she ran off with them to play in the woods and didn’t look back. For my Eva Dee that’s huge, of course I didn’t make a big deal, but it was a big deal, her confidence has grown and it’s a huge step – for both of us. Part of me wanted to grab her and squeeze her knowing that this was the beginning of her going off without me, something I have been both looking forward to and slightly apprehensive of too. Instead I looked on proud as punch and smiled inside and out. The Mr met us after work and we stayed there for hours, one of us jumped, one of us did hand stands, one of us ran around – and one of us took photo’s! It was amazing and proved there is nowhere I would rather be than here, right here with them.

Maybe, just sometimes, I will slope off for a quiet coffee every now and then. 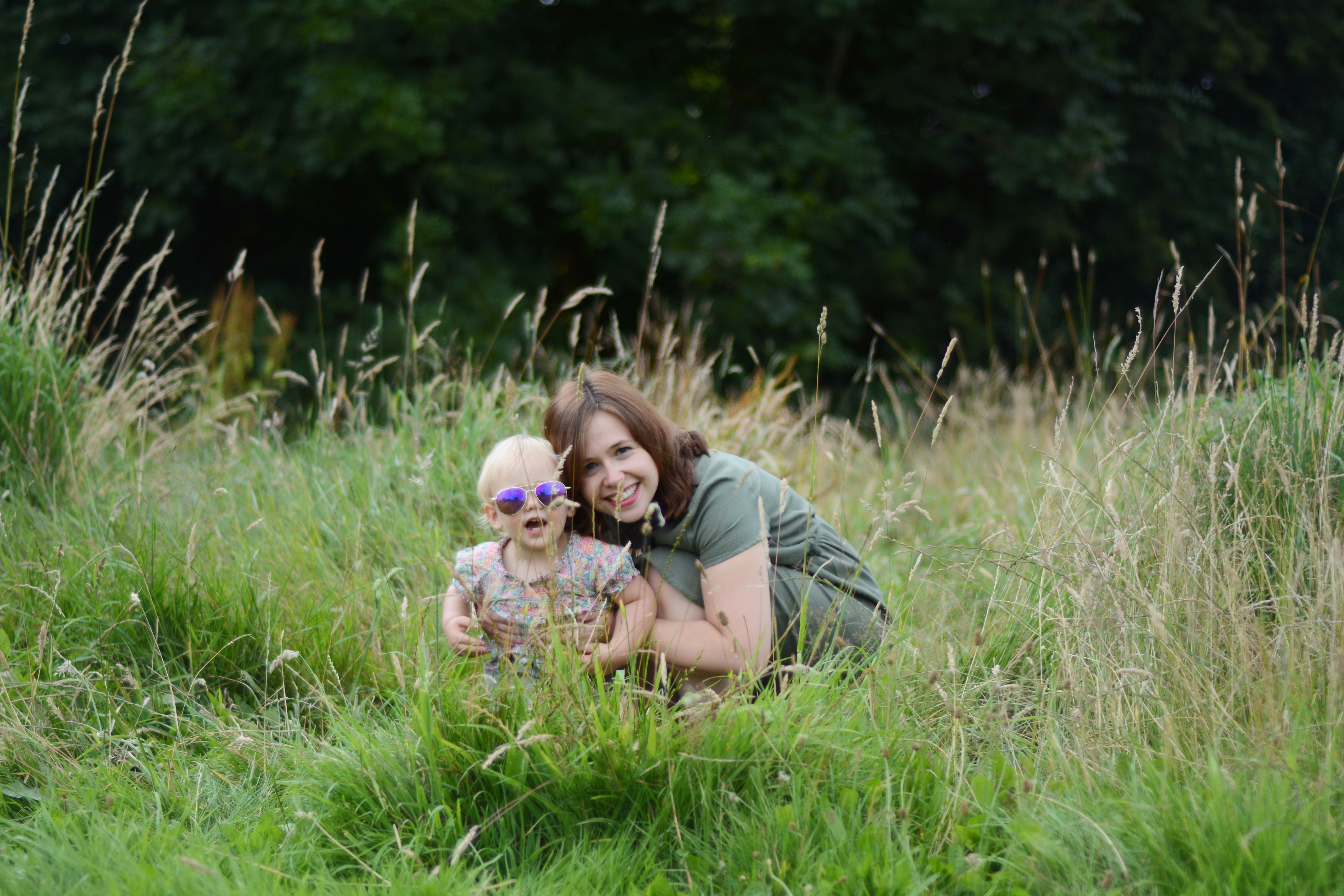 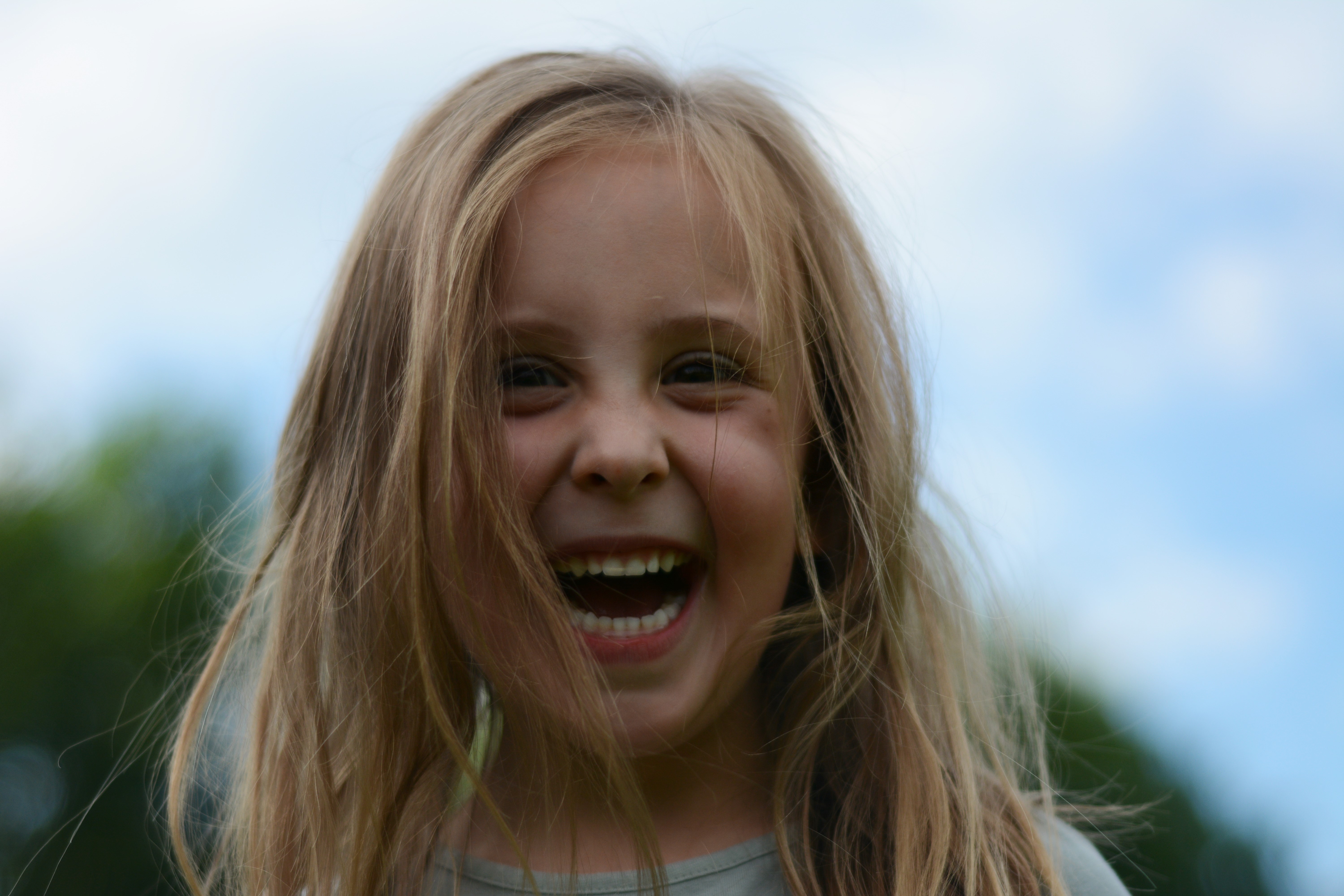 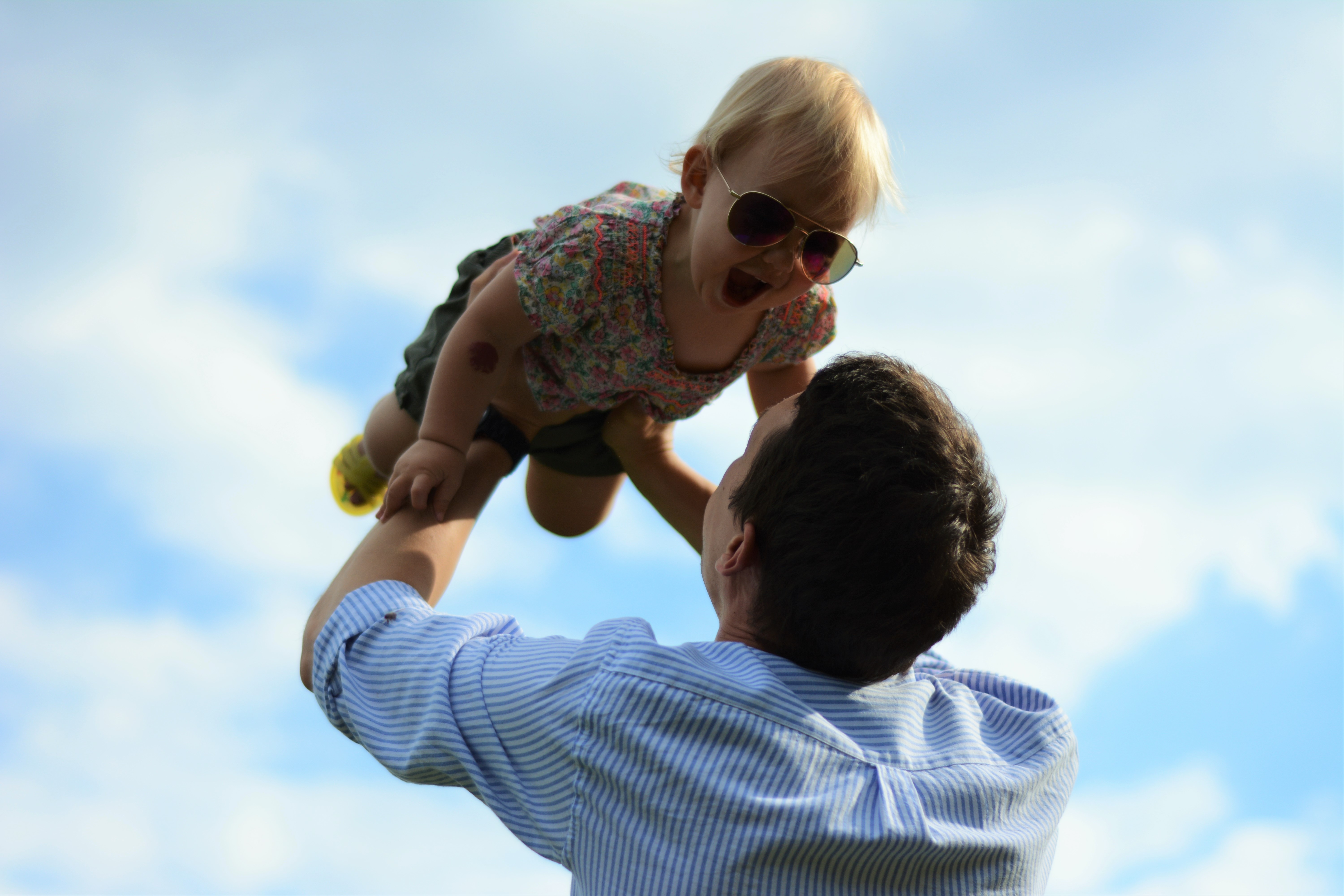 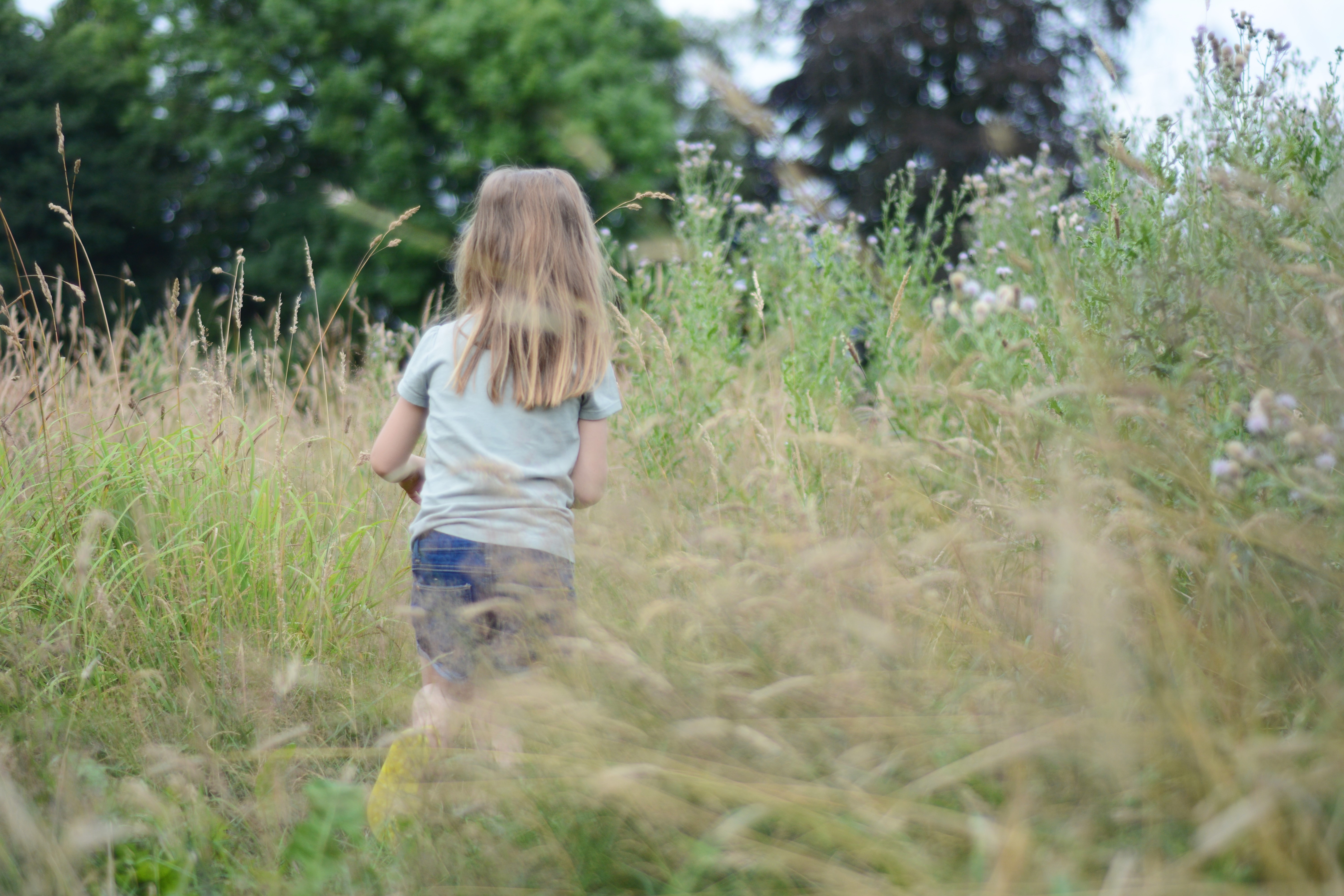 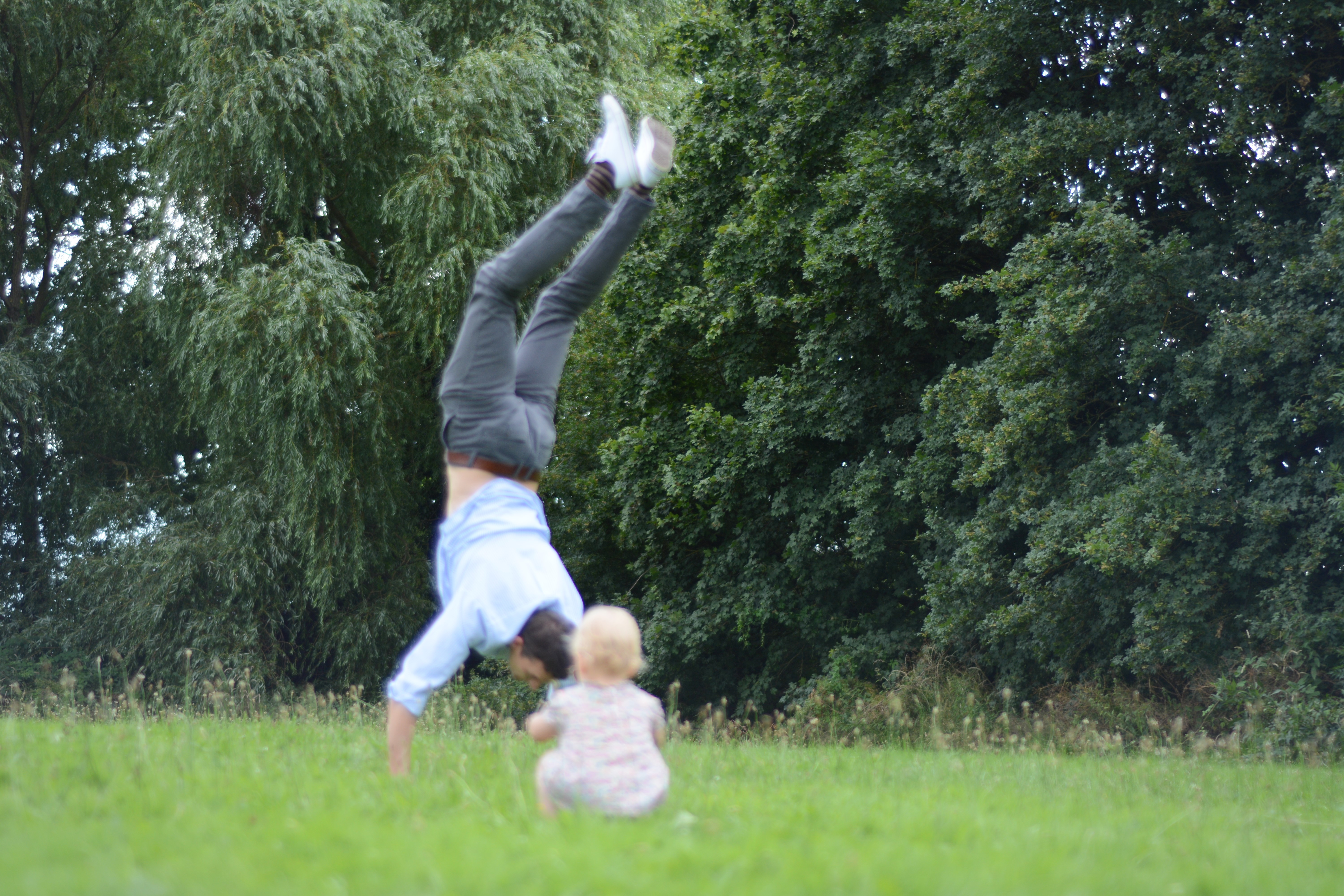 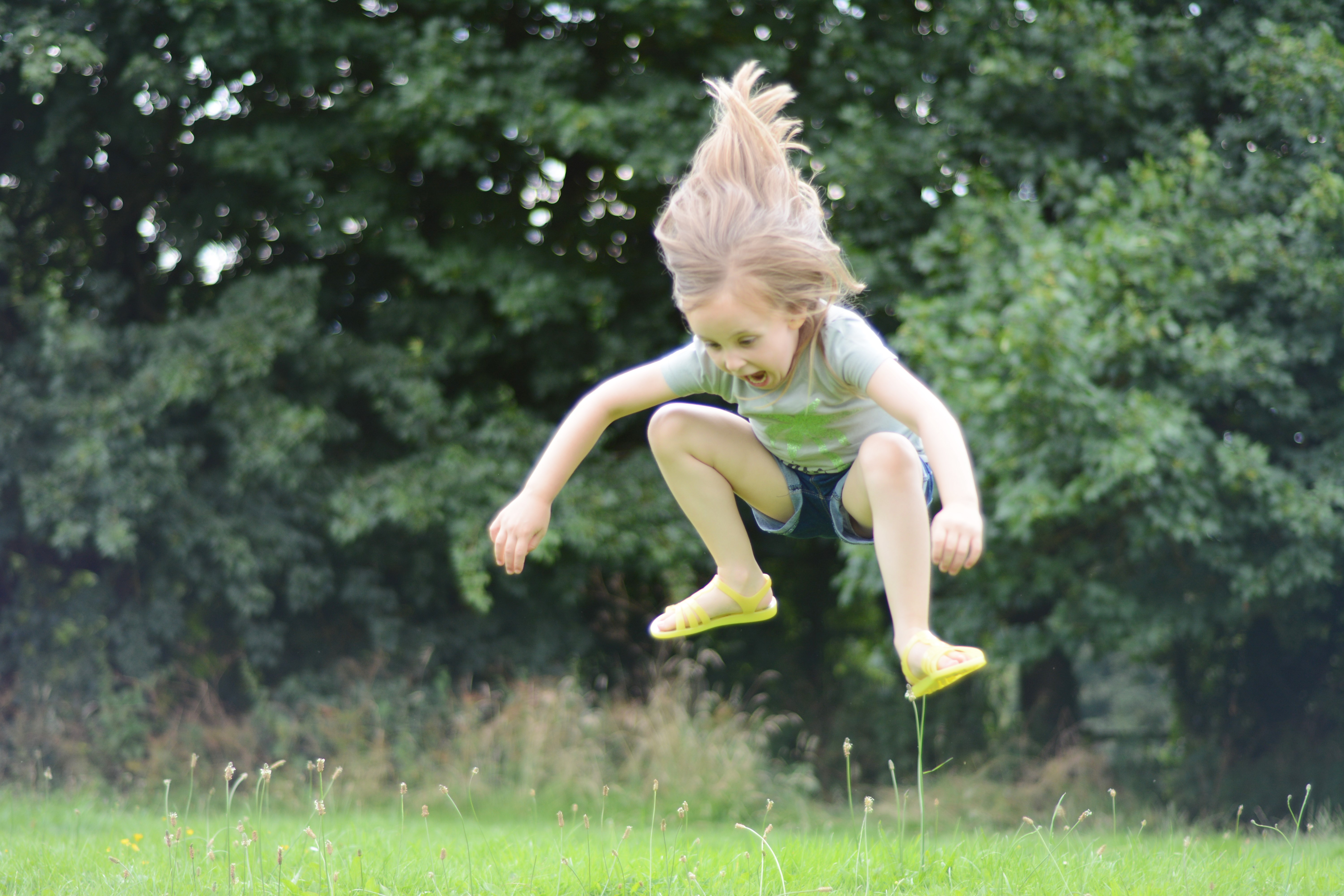 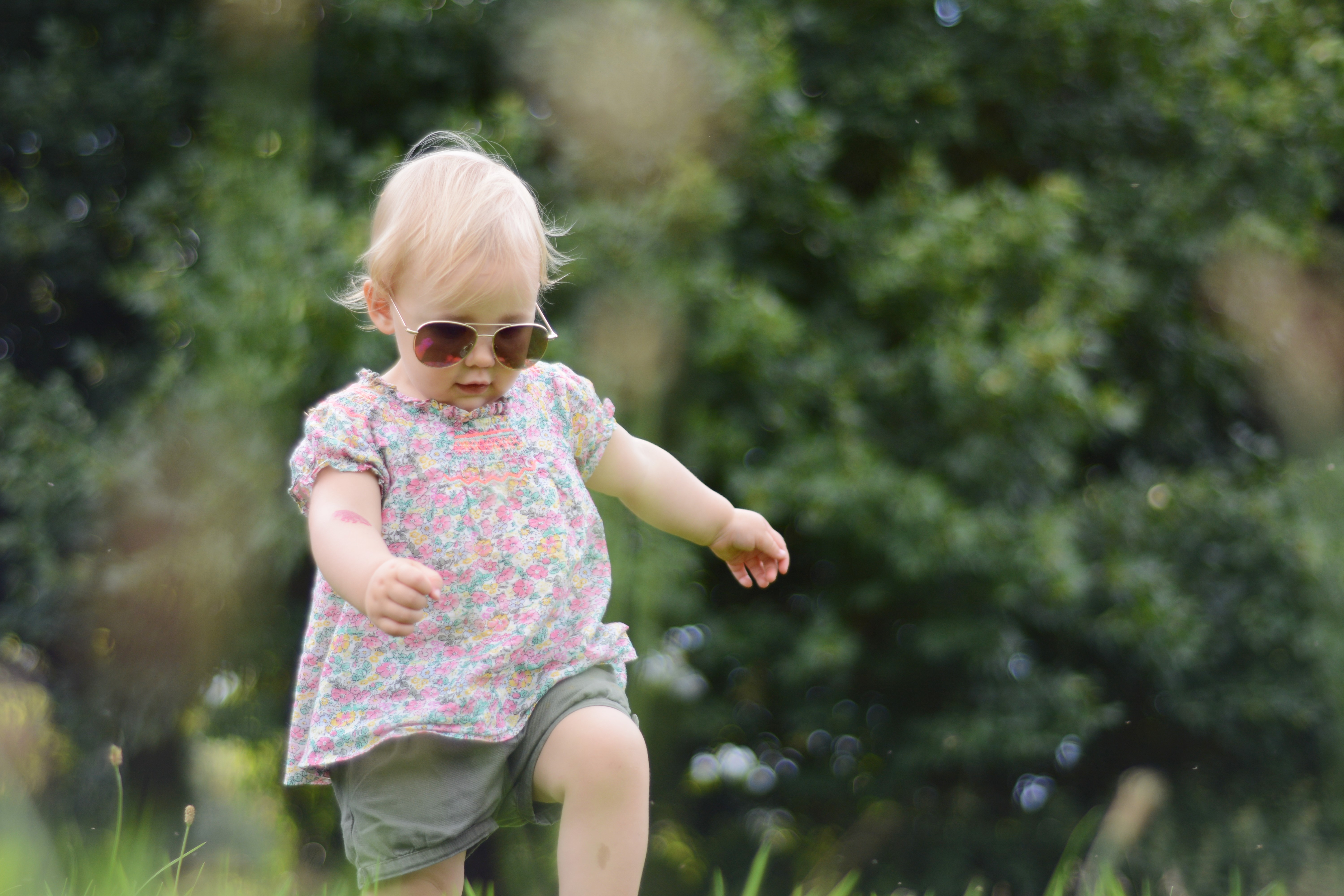 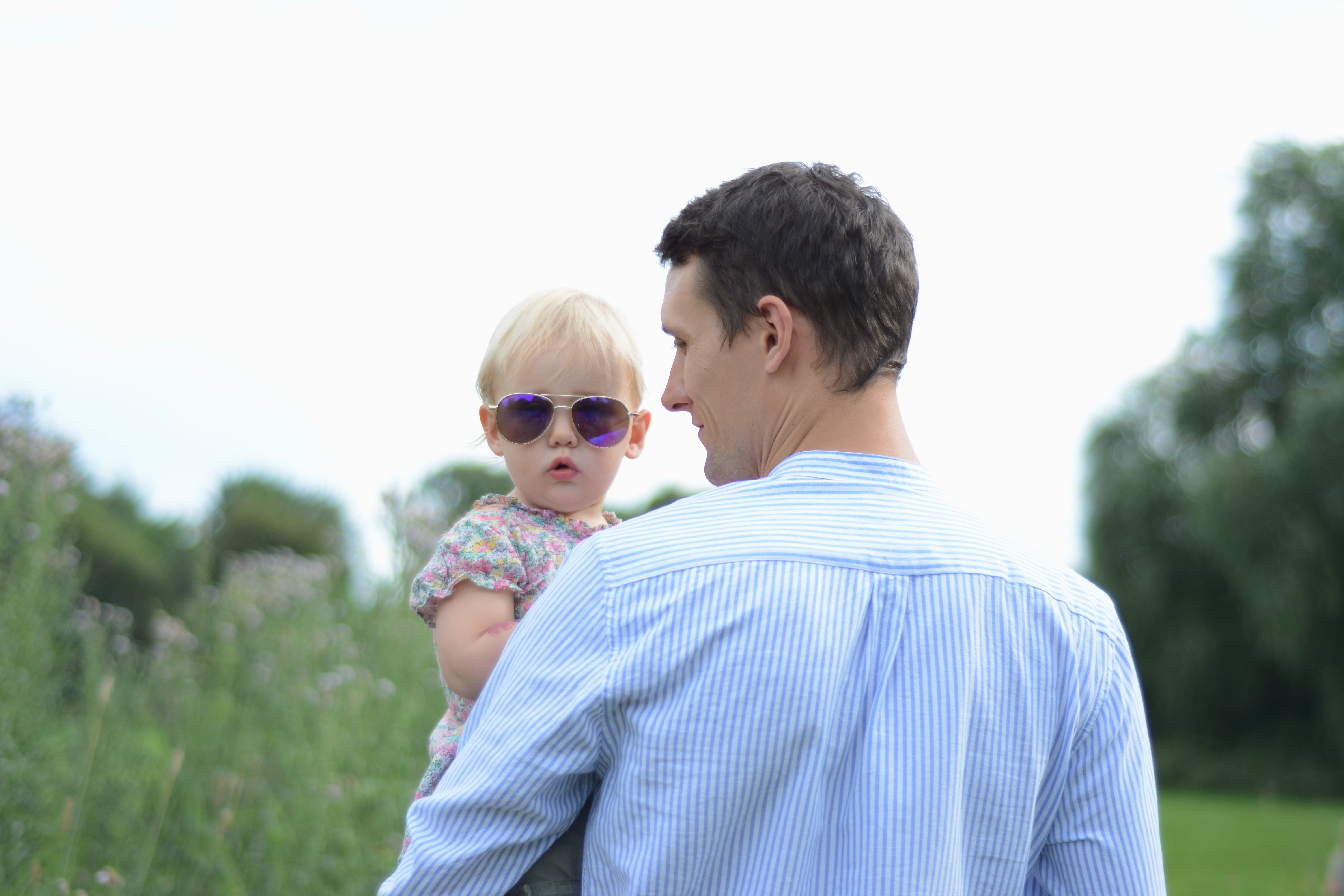 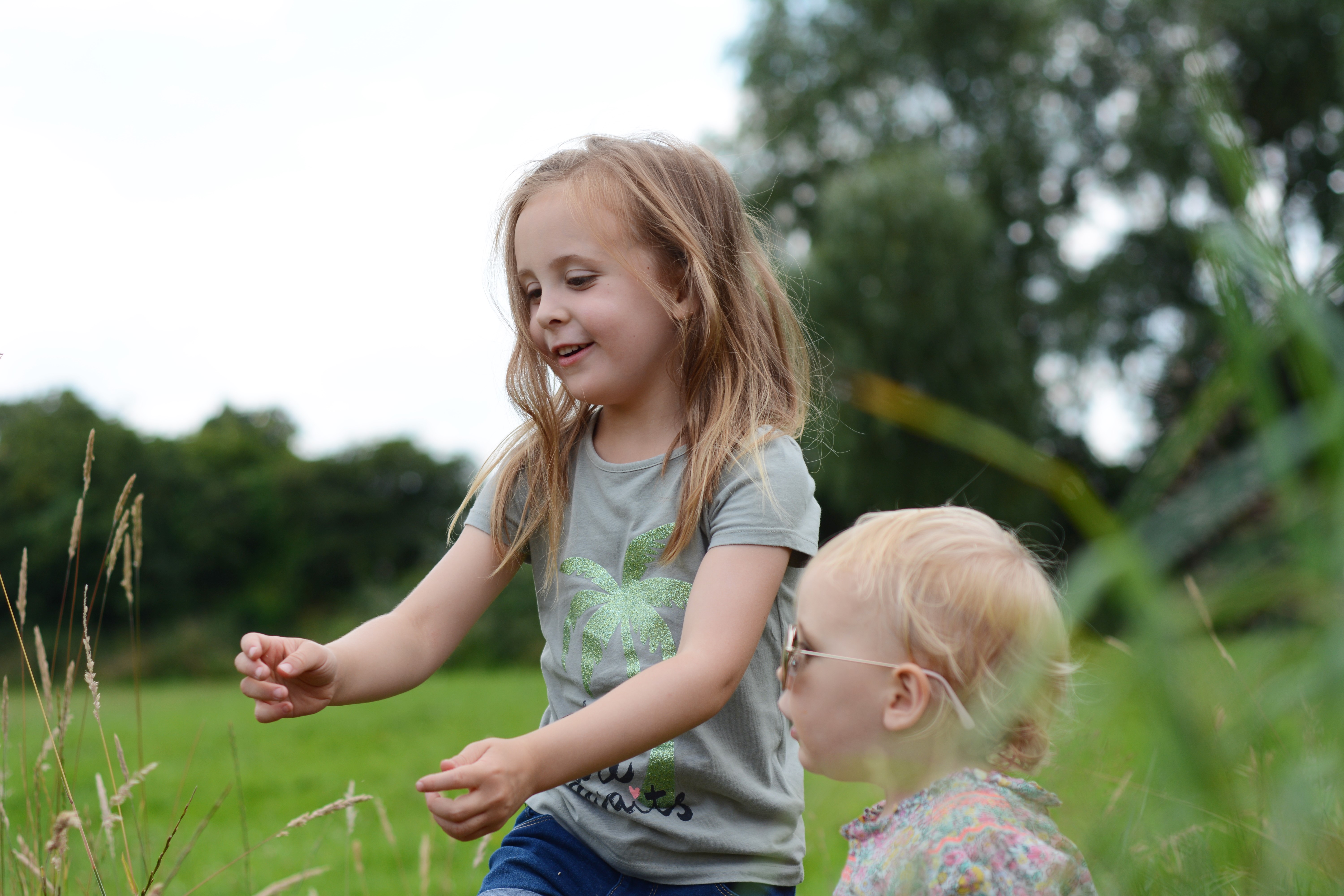