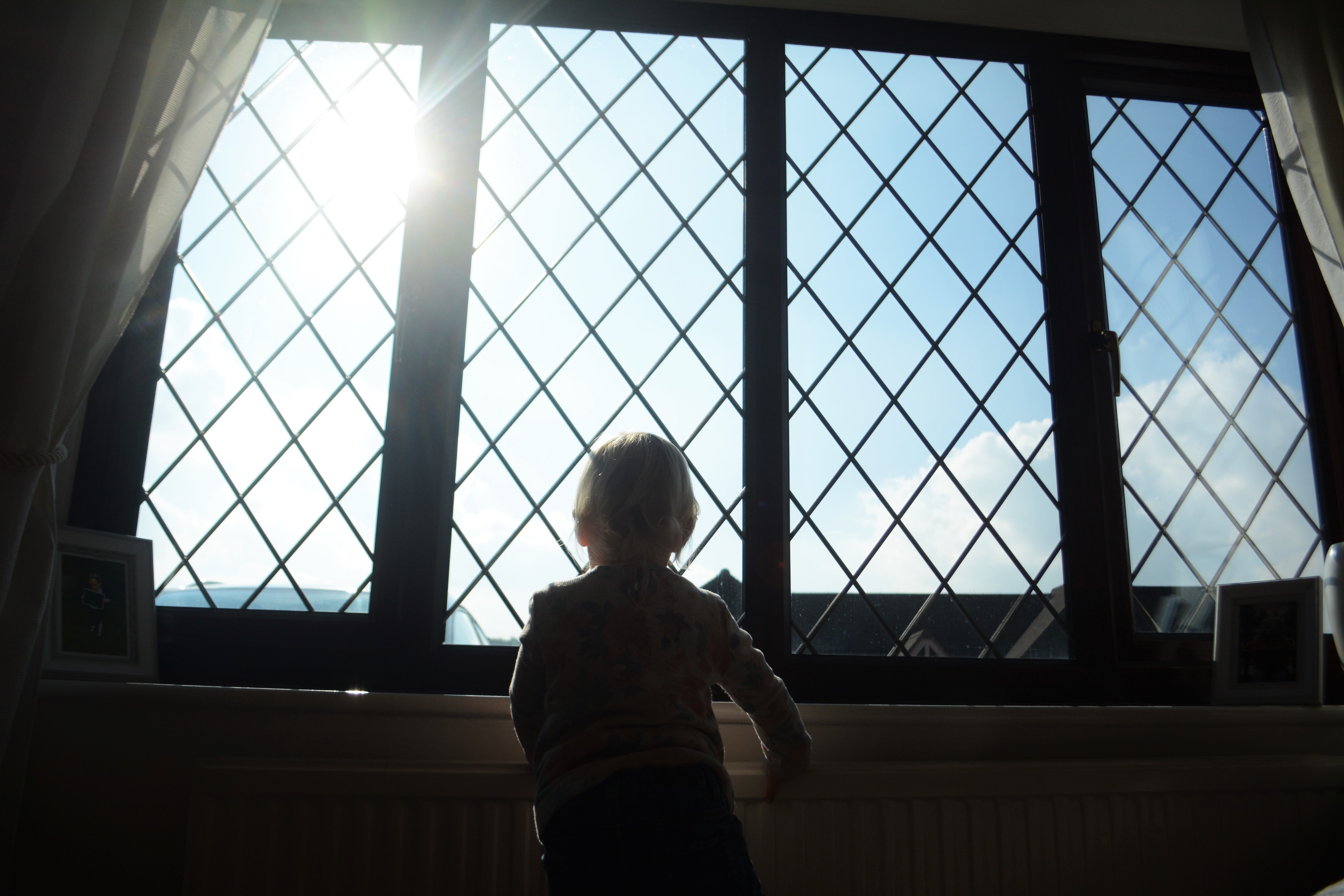 The hum drum of the engine, the squeak of the brakes, the sound of the bins being wheeled across the pavement. And then a sudden shriek followed by thundering footsteps running up to the window. “Bin men coming. YAY. Bin men Mummy bin men”. Roma clambers up onto the ottoman that stands in front of the window and looks out with wonder as they pull up right outside the house. She waves frantically, knocking on the window to get their attention. She gets noticed, this tiny little figure of a girl gets noticed in the window and beams with pride when a man waves back. She shouts “Again. Again” and he does, sensing her urgency through those triple glazed panes that separate them. They carry on their journey through the streets and my little lady watches them with every bin until they eventually drive out of sight. Just as her sister did before her.

I don’t know what it is about my little ladies and the bin lorry but they have both been quite independently obsessed from a really young age. When Eva was about 18 months old she had the same thing. The same ordinary moment every single Friday. We would be sat having lunch and she would hear the telltale noise from the back of the house and stop eating – which for Eva is quite a mean feat as not much stops that girl from enjoying her food – she would run to the window in almost the exact same way and bang repeatedly until they saw her.

Many a day could be made or broken with the wave of a hand I can tell you. If I happened not to stand with her you would tell if they had seen her by the face she came back with, such disappointment or the happiest face you could ever see. It sort of became a thing and you could tell when they passed that they knew, they would look for this strange friendly little girl at number 11.

When Eva was 2 years and 3 months we moved house. She was most aggrieved to leave the bin men she had grown to know and love and much relieved, if a little perplexed, when I explained that as we were moving not much more than a few hundred yards they would actually be the same ones. This blew the mind of a girl so small and there was much wonder on that first Friday. Would they recognize her in her new surrounding? The same little girl but a whole new window.

It became such an ordinary moment that she loved and she would talk about them as if they were friends. In fact even today she reeled off “oh do you remember the one that was eating a banana that time, or the one that wears head phones!” The Easter following Roma’s arrival and with the prospect of school on the horizon meaning missing her beloved Friday tradition she decided she wanted to make them some biscuits to say Happy Easter. Even with a 9 week old baby, who am I to quash such a simple childish and lovely thought. So we dutifully made cookies, wrapped them up and Eva stood by herself on the front as I sat in the window breastfeeding a hungry baby who timed it perfectly!

There was a rather bemused look on the faces as she passed them over and said Happy Easter, followed all about her starting school and how she would miss them! But grateful they were and she would always get extra big smiles if it was them to collect in the future.

Of course with her being at school it just kind of dissipated, never really talked about as these things just pale into moments of childhood. That was until Roma has taken it upon herself to love it too. And now, well now it’s utterly wonderful for it all to come flooding back.

I love that I now have somewhere to write this all, to record these memories and know that childhood isn’t always about the big adventures, the material things or even the days when activities or crafts are laid out. It’s about them, about what they choose to enjoy, to involve themselves in and the innocence that it brings.

So at Christmas when Eva isn’t at school we will make sure we are in on a Friday lunchtime, so that there can be two little ladies stood at the window that day. Two little hands no doubt trying to knock louder than the other. So that they can share in this slightly strange but wonderfully ordinary moment they have created.

My passion is photography and as such my posts are usually full of far too many pictures because I just can’t choose. This time though, the moment, this ordinary moment was so fleeting that no sooner had the camera come out than the moment had gone. And I just had to include the ones I took way back when. With my phone. In the moment. The pictures aren’t perfect, but the moment was and I look at these and can’t believe where the time has gone. 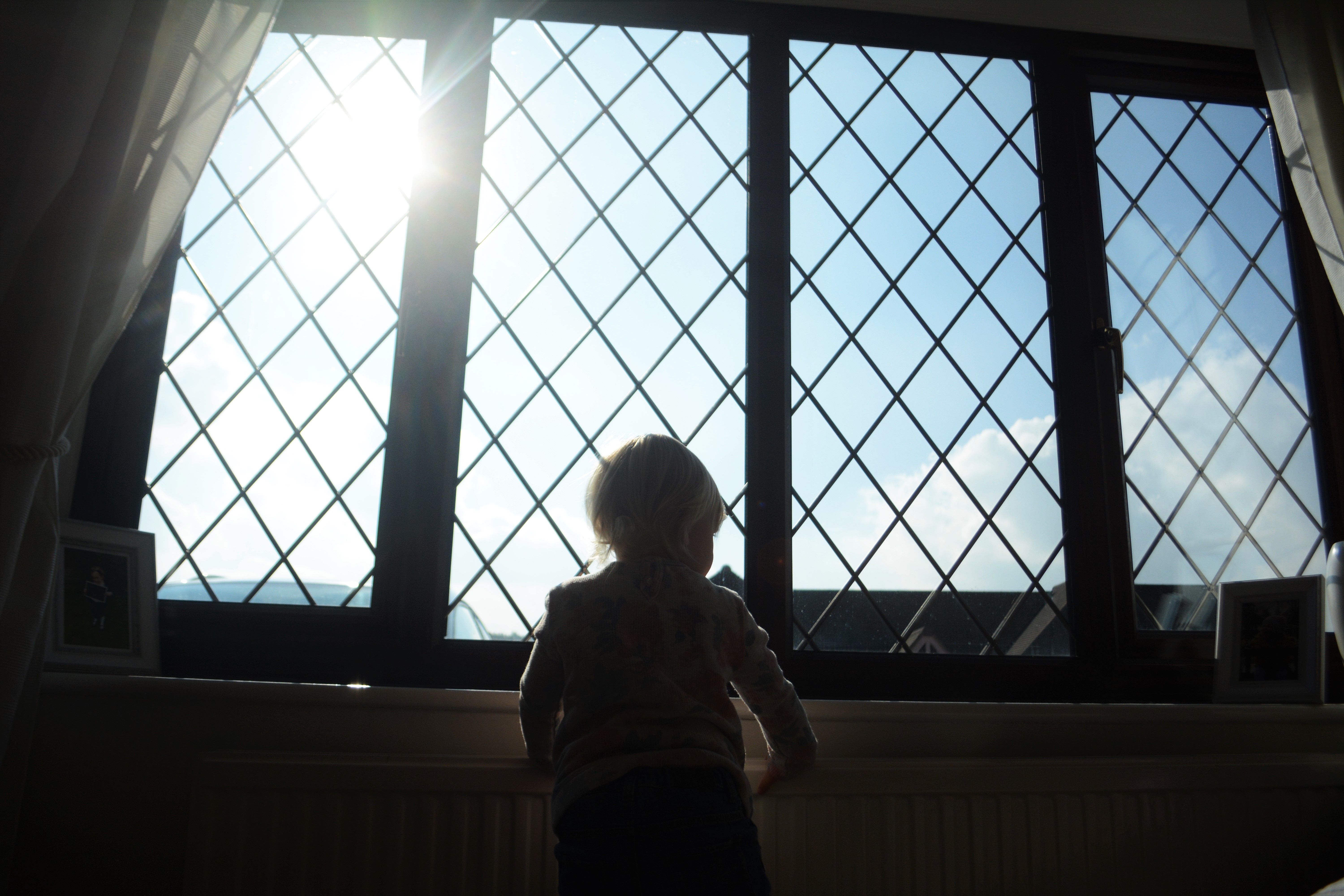 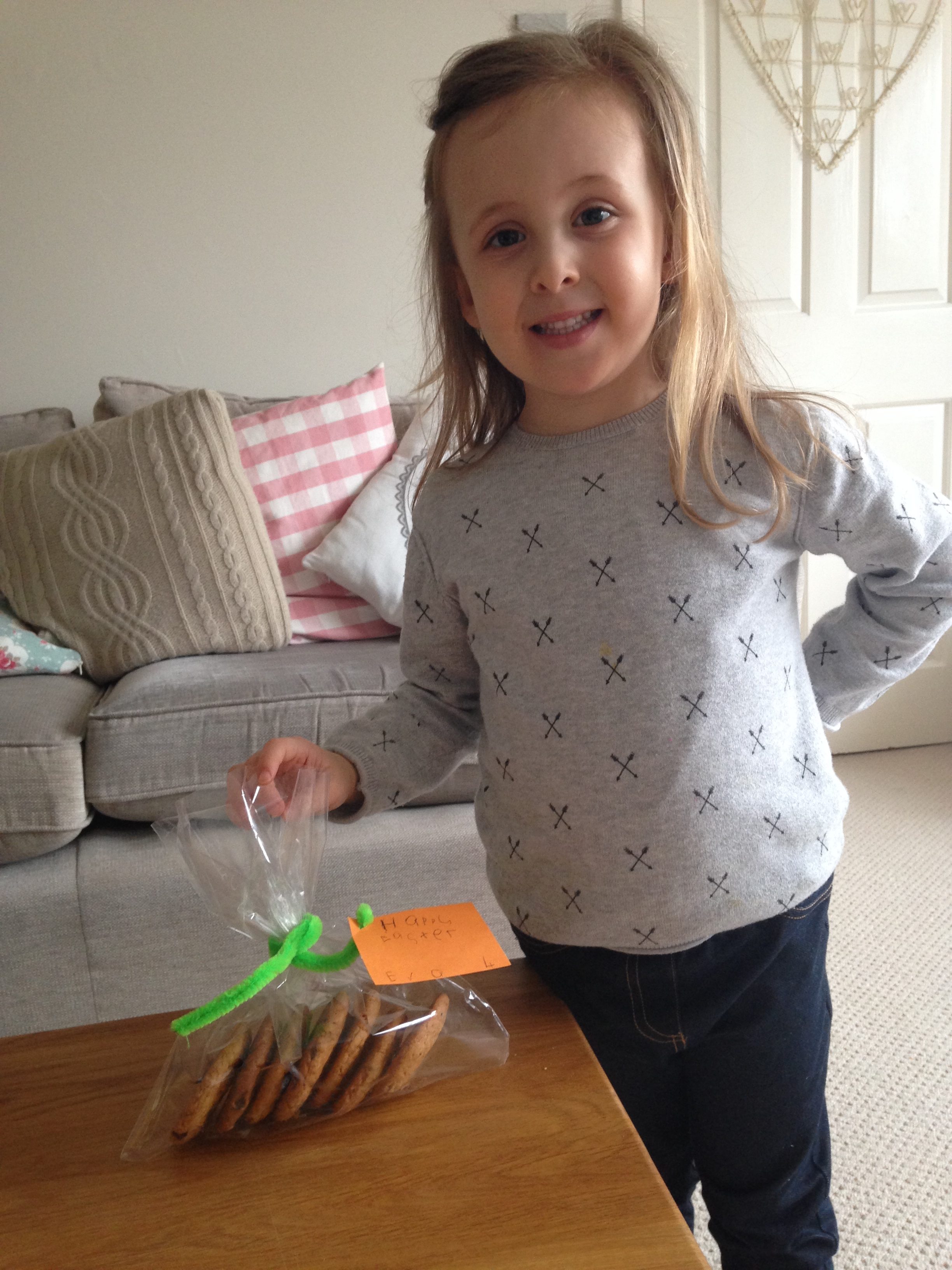 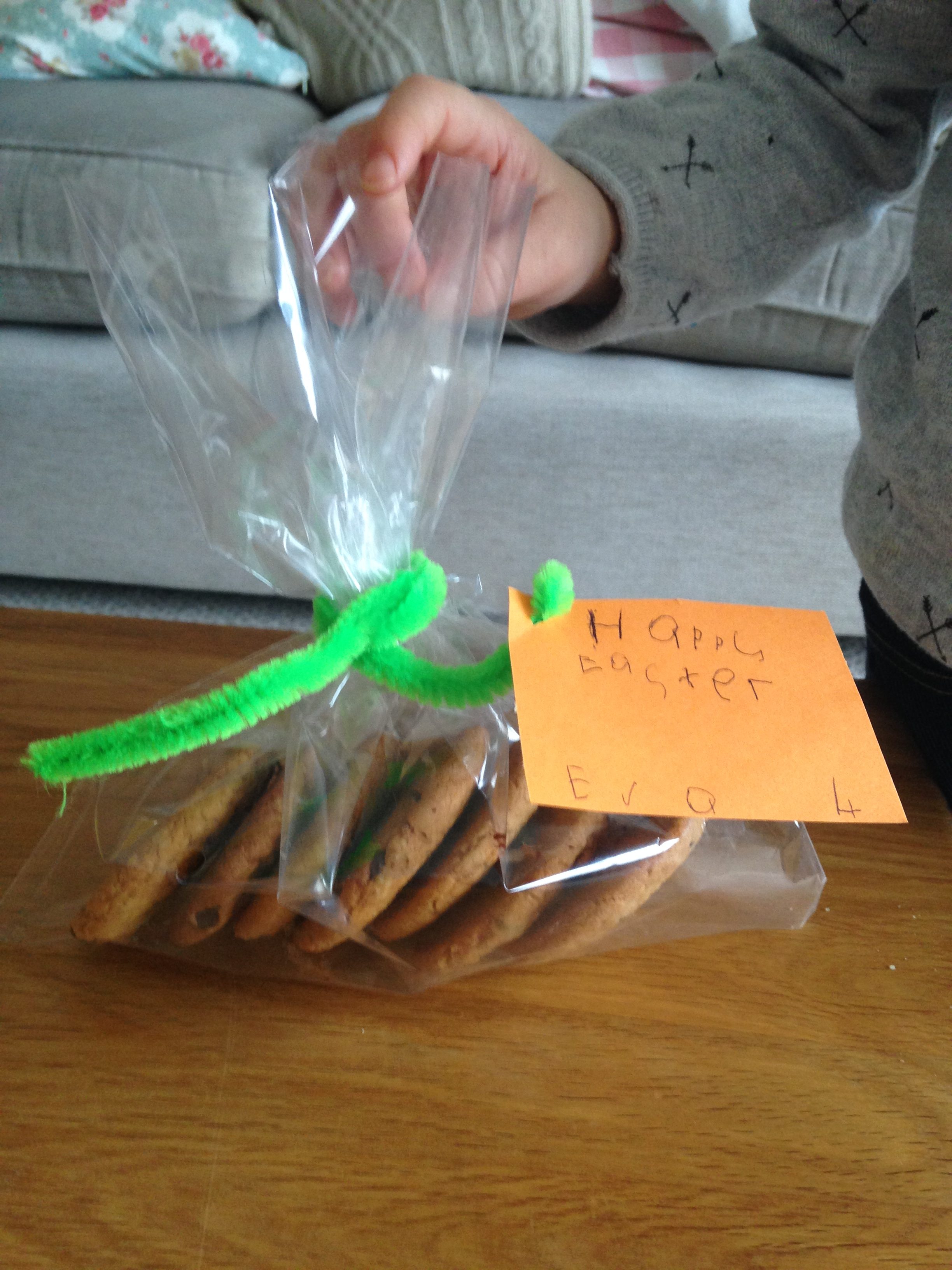 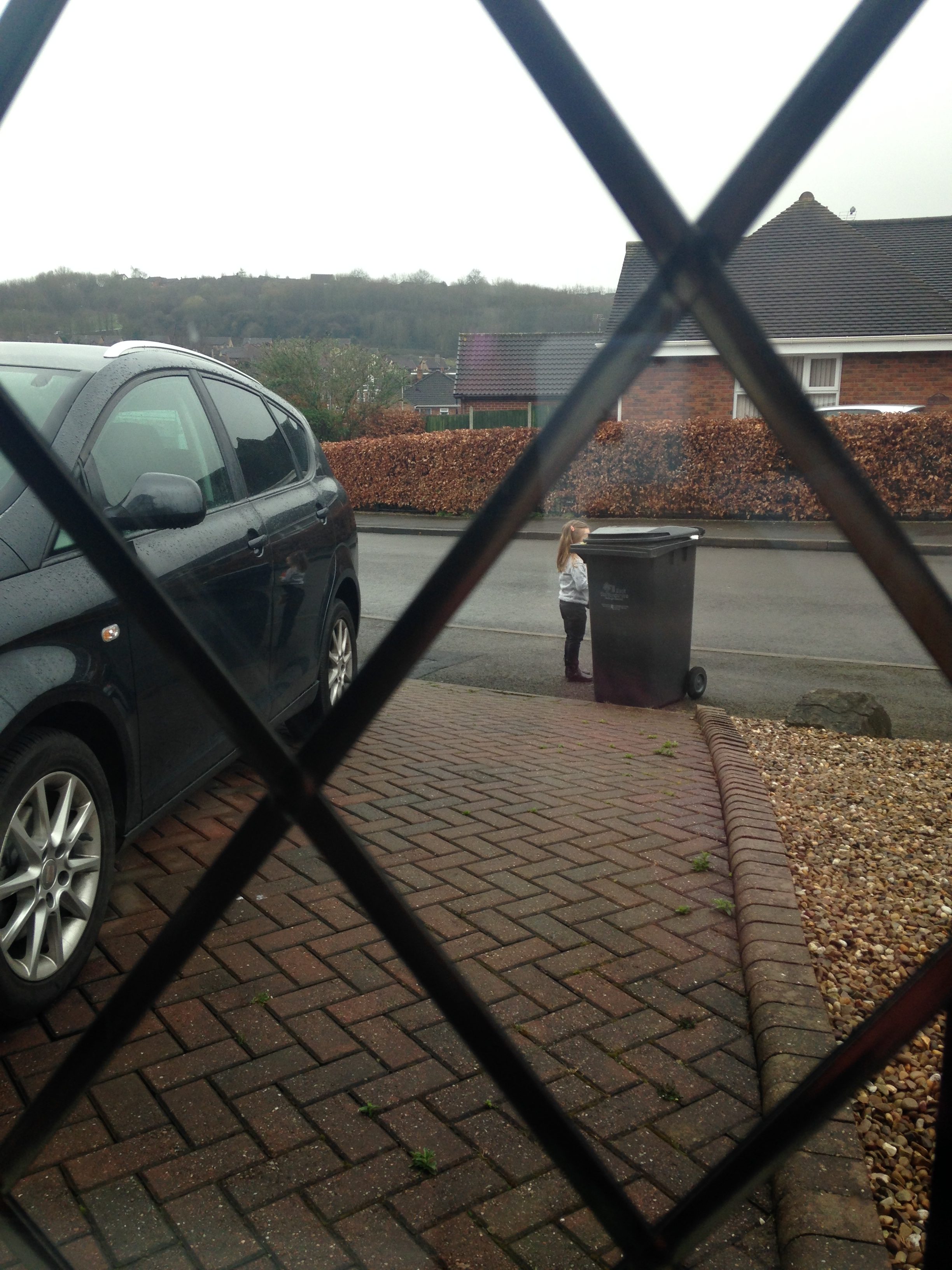